Espresso Morning Call: Initial risk rally, but can it last?

European markets have seen a shift in sentiment this morning, with a more positive look across major markets. This move does not seem to be based on any real driving factor, so the risk is that it may not last long. 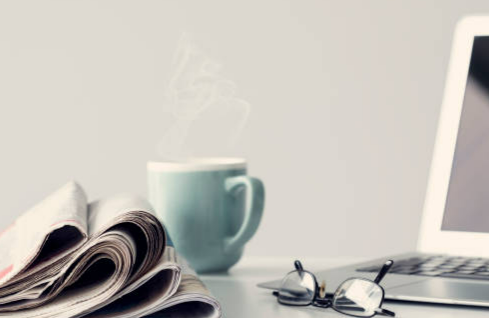 Markets are reacting to two factors now. The direct news flow surrounding the Ukrainian war is lending a broad negative feel to markets. However, the secondary impact is through the sharp rise in commodities prices. With the price of commodities such as energy, metals, and wheat all rising sharply, this paints a dark picture of stagflation in the months to come.

Despite this backdrop, major markets have come into the European session in a relatively upbeat mood. Selling pressure has eased on indices and there is a retracement on many of the trending moves of recent sessions, or the time being at least. This means a rebound in EUR and a decline in the AUD; whilst indices are higher, with the DAX outperforming. However, in the absence of a game-changing fundamental driver, this recovery may be short-lived.

It is another relatively quiet day for the economic calendar. The Eurozone and Japan both tie up a few loose ends with their final readings of Q4 2020 growth. The US trade balance may be more impactful but traders are still looking more towards the political and economic impact of the Ukrainian war to drive markets.

Sentiment rebounds, for now: Despite Wall Street falling sharply into the close, European markets have started the day in a relatively upbeat fashion. The question is just how long this lasts before the next wave of selling pressure.

Treasury yields are rebounding: The US 10 year yield has rebounded +18 basis points from yesterday’s low. The concern will be if this bounce accelerates (which means harder selling of bonds), which would increase volatility across major markets.

Zelenskiy wants direct talks with Putin: No real ground has been given in the talks so far. Ukraine wants to talk to the person who makes the decisions on the Russian invasion.

Ramping up other oil supplies (away from Russia): The US is in discussions with Venezuela to increase oil supplies. Also, the force majeure at the Sharara oil field in Libya has been lifted. [Potentially oil negative]

Commodities prices soaring: Metals prices continue to climb, with the rise in the price of nickel (used in stainless steel and batteries) the latest to hit the headlines. Nickel prices have rallied over 50% overnight on the suggestion of a short squeeze in futures.

Cryptocurrency prices finding support: Bitcoin has rebounded to $39,000 this morning. However, it needs to be back above $40,000 to suggest an improving technical outlook again.

Broad outlook: Sentiment has rebounded early today. Other similar moves have tended to be short-lived and sold into as the US session takes over.

Forex: In a turnaround on recent performance, EUR is the best performer today, with AUD the main underperformer, along with NZD. USD is also performing well.

Commodities: Precious metals are again strong but are off earlier spike highs. Oil remains supported and is pushing higher again.

Indices: Indices are trying to claw back some losses this morning, but for how long before the next wave of selling pressure?