Positive results on Wall Street have enabled a rebound in indices to gather pace this morning. However, the USD continues to strengthen, with an additional boost after yet another dovish confirmation from the Bank of Japan. 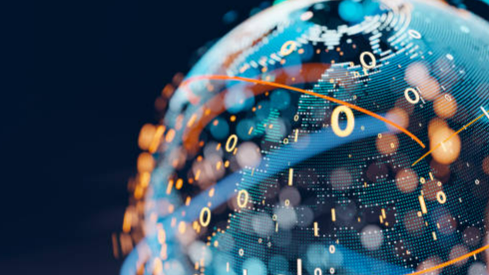 With a strong reaction after-hours on Wall Street to results from Meta Platforms, NASDAQ is set for a day of strong recovery. This positive outlook for a higher risk index is feeding through into other markets. With US futures strongly higher, European indices show a risk-positive bias with the outperformance of the DAX this morning.

The big news in forex is that the Bank of Japan has clearly disappointed someone in the market. The most dovish of central banks remains dovish (big shock), but has also reiterated a commitment to potential further easing of monetary policy if required. Subsequently, there has been a considerable response of selling JPY, reflected most acutely with USD/JPY above 130 for the first time in 20 years. This simply adds further fuel to the ongoing trend of dollar strength.

US Advance GDP is the big focus on the economic calendar today. Analysts are looking for growth in Q1 of just over 1%. However, with the final Atlanta Fed GDPNow cast looking for +0.4% this could open for a negative surprise. Elsewhere, Eurozone sentiment data looks set for a slight reduction in April, whilst German inflation will be watched for any readthrough to the crucial Eurozone inflation tomorrow.

Treasury yields are steady to slightly lower today: Having rebounded yesterday, there is a more settled feel to US yields today. This will help the near-term recovery of risk appetite.

Bank of Japan still hugely dovish: The BoJ reiterates a dovish stance on monetary policy. The rate remains at -0.10% with the 10year JGB yield target at 0% and bond purchases will be conducted every working day. Policy rates will remain at present or lower levels and the BoJ will ease policy “without hesitation” if required.

Cryptocurrency rebounds with risk appetite: Once more we find cryptos recovering amid an improvement in risk appetite. Bitcoin is around +1% this morning and is looking to move back towards $40,000.

Broad outlook: Market sentiment has built on yesterday’s recovery and is again looking more positive today. We continue to be cautious as risk rallies have tended to be short-lived in recent weeks.

Commodities: Precious metals are hinting at a technical rally within their downtrends. Oil has rolled over around near-term resistance again.

Indices: The second day of recovery is engaging near-term rallies on indices. However, rallies have been seen as a chance to sell previously.