Traders are sitting on their hands in front of a crucial US CPI inflation announcement. Indices have slipped slightly as disappointing US tech Q2 results weigh on Wall Street. 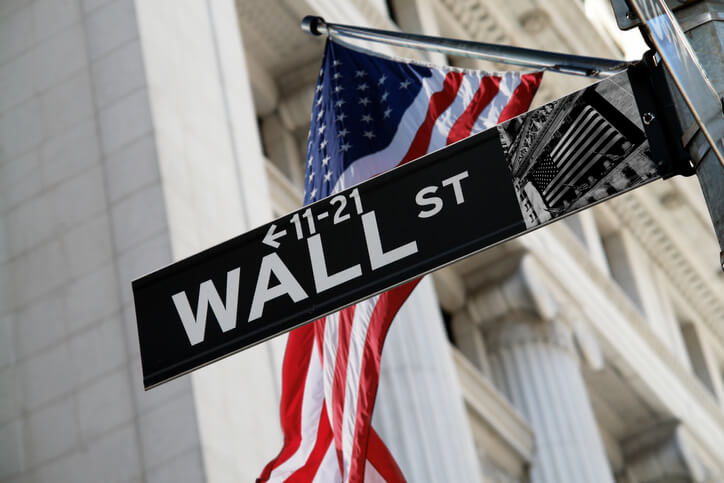 Market sentiment has been cautious in consolidation as traders have opted to sit on their hands ahead of today’s US CPI. With Fed speakers once more focusing on the need to get inflation down, the monetary policy implications of today’s inflation data could be significant. Subsequently, there has been little direction to get excited about in major forex over the first half of this trading week. Commodities such as gold and oil have also been subdued. Indices have been reacting lower to a couple of disappointments in the earnings of the US tech sector. However, aside from that, markets have been quiet.

However, this could all change today with the US CPI. Some sort of combination of upside surprises for the core and headline CPI would likely drive USD gains once more. This could subsequently drive direction in major forex. USD/JPY would be a major pair that USD gains would show, whilst Cable could see pressure on the 1.2000 support.

The economic calendar is dominated by US inflation today. US CPI is expected to show headline inflation falling back below 9%. However, core inflation is expected to pick up for the first time in four months and increase back above 6%. Upside surprises have been frequent in recent months but can this continue? Other inflation measures show core metrics continuing to decline.

Market sentiment remains subdued, for now: Once more, little direction to speak of in forex. We expect forex to see elevated volatility later from the US CPI. There is a shade of risk negative bias hinting in European indices and also commodities as silver and oil both drop.

Treasury yields are very slightly lower: In the early throes of the session, yields have ticked slightly lower. Perhaps this is a reflection of a mild risk negative bias to indices and commodities.

US tech sector is a drag: NASDAQ was weighing Wall Street at the close last night and continues to do so on US futures today. A profit warning from NVDA and a revenue disappointment from Micron have led to some concern over the outlook for broad tech stocks.

Cryptocurrencies fall back: The promising signs of earlier in the week have dissipated and turned lower. Bitcoin fell sharply yesterday and is c. -0.5% lower today, trading around $23,000 again.

Broad outlook: All quiet on forex (waiting for US CPI) but there is a mild risk-negative bias hitting indices (following NASDAQ underperformance). This is also weighing on riskier commodities (Silver and oil lower).

Commodities: Gold is holding the uptrend, with silver just easing back slightly following the breakout. Oil is looking to recover a downside break. 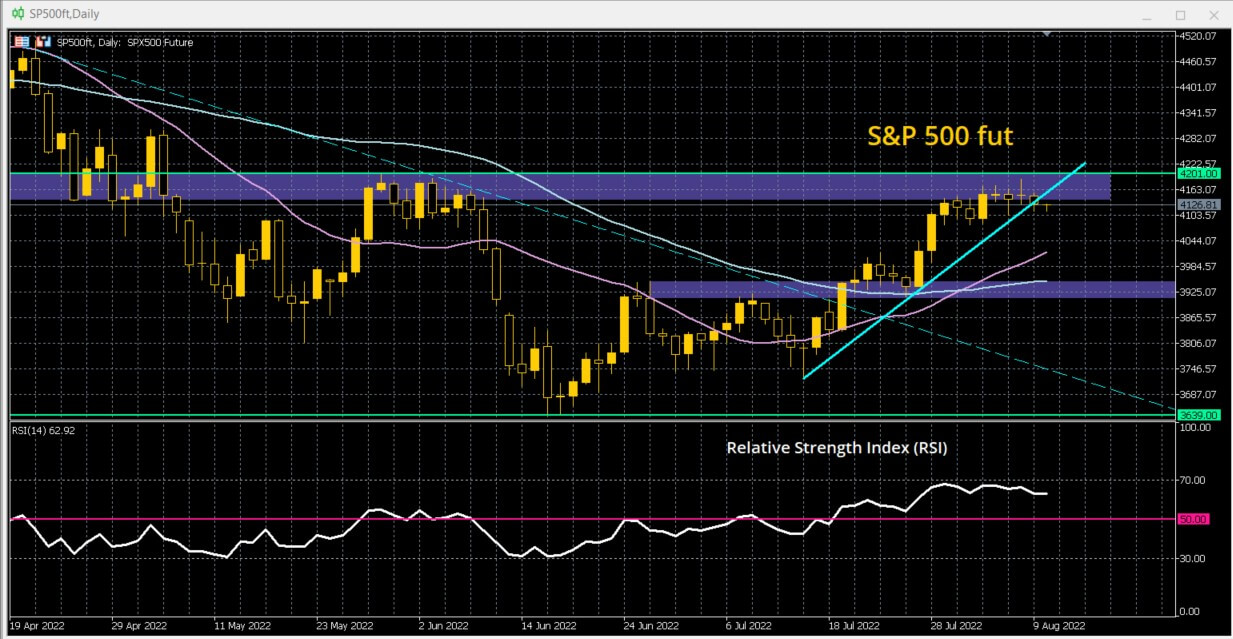 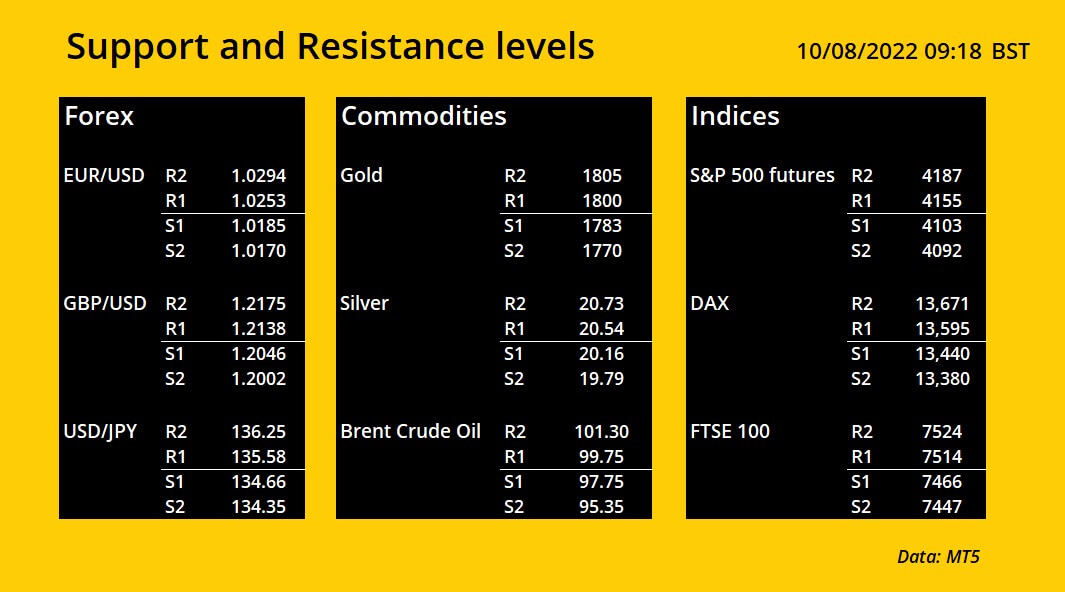