With reduced prospects of a 100bps Fed hike, the USD is unwinding some of its strength. This is also allowing an improvement in risk appetite and driving technical rallies for indices on Monday. 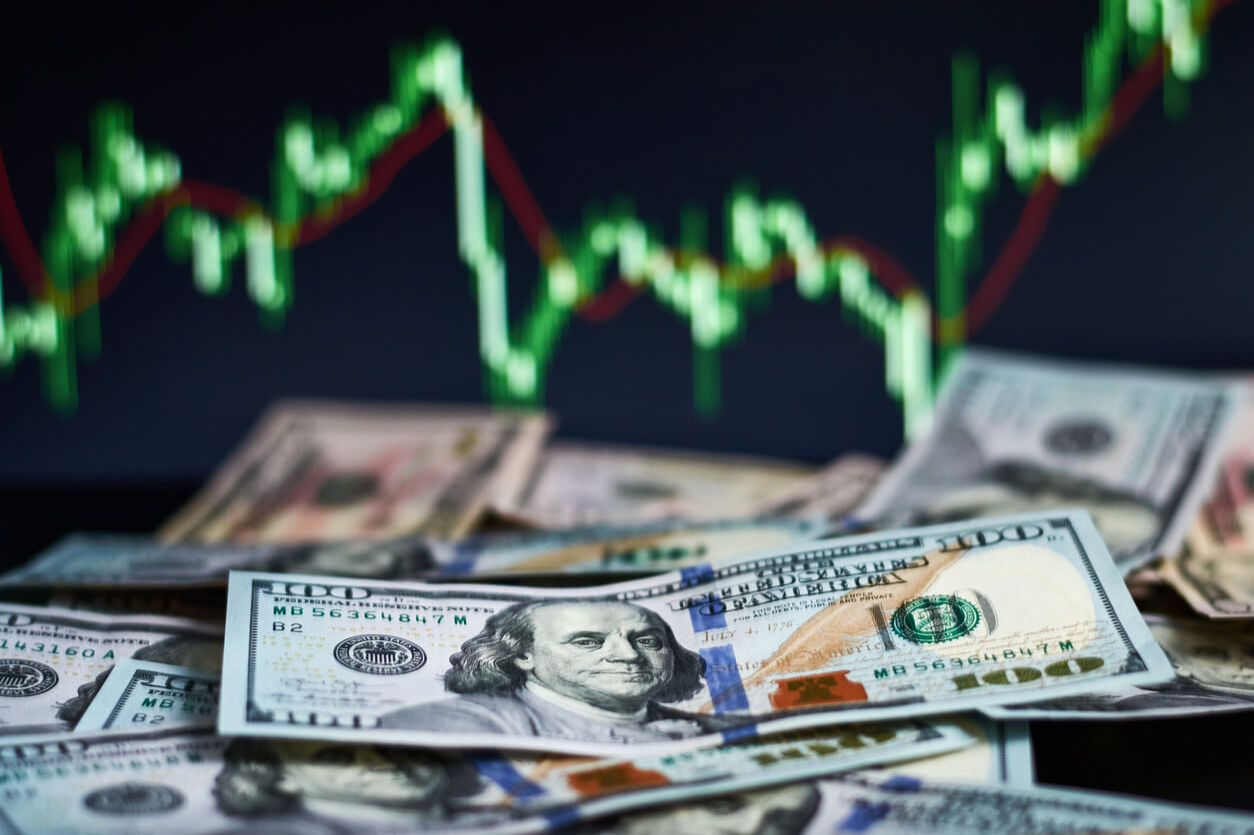 There has been a shift in sentiment for major markets. Notable hawks on the FOMC (Waller and Bullard) have played down the prospects of a 100 basis points (bps) rate hike at the FOMC next week. Furthermore, the University of Michigan Consumer Inflation Expectations gauge (which was a key component in ushering in a hawkish tilt from the Fed in June) has fallen sharply. This weighed on the USD into the weekend and continues to do so on Monday morning. We also saw this pulling a Wall Street rally into Friday’s close and US futures are higher again this morning.

It is a quiet start to the week for the economic calendar. There are no key data announcements due today.

Market sentiment improves: USD is falling for a second successive day, allowing rallies on major forex pairs against the USD, commodities and indices.

Treasury yields are stable to slightly higher: We have seen previously that when yields have a degree of stability (less volatile) this sets up for a more positive outlook for risk appetite. Yields are c. +2bps for both 2-year Treasuries and 10-year Treasuries.

Oil rebounds: US President Biden has failed to secure any commitments from Saudi Arabia on increasing oil production levels. This has helped oil to recover again this morning.

Cryptocurrencies recovering: There are realistic prospects of a crypto rally. In the past week, there has been a notable improvement in sentiment. A strong rally on Bitcoin over the weekend and today have added over +6% and resistance at $22,530 is being eyed. Above would be a one-month high.

Forex: USD is a solid underperformer, with GBP, AUD and EUR performing well.