Another day of political turmoil in the UK as PM Truss resigns. The initial rebound on GBP has quickly faded as the reality of negative broader sentiment kicks in. 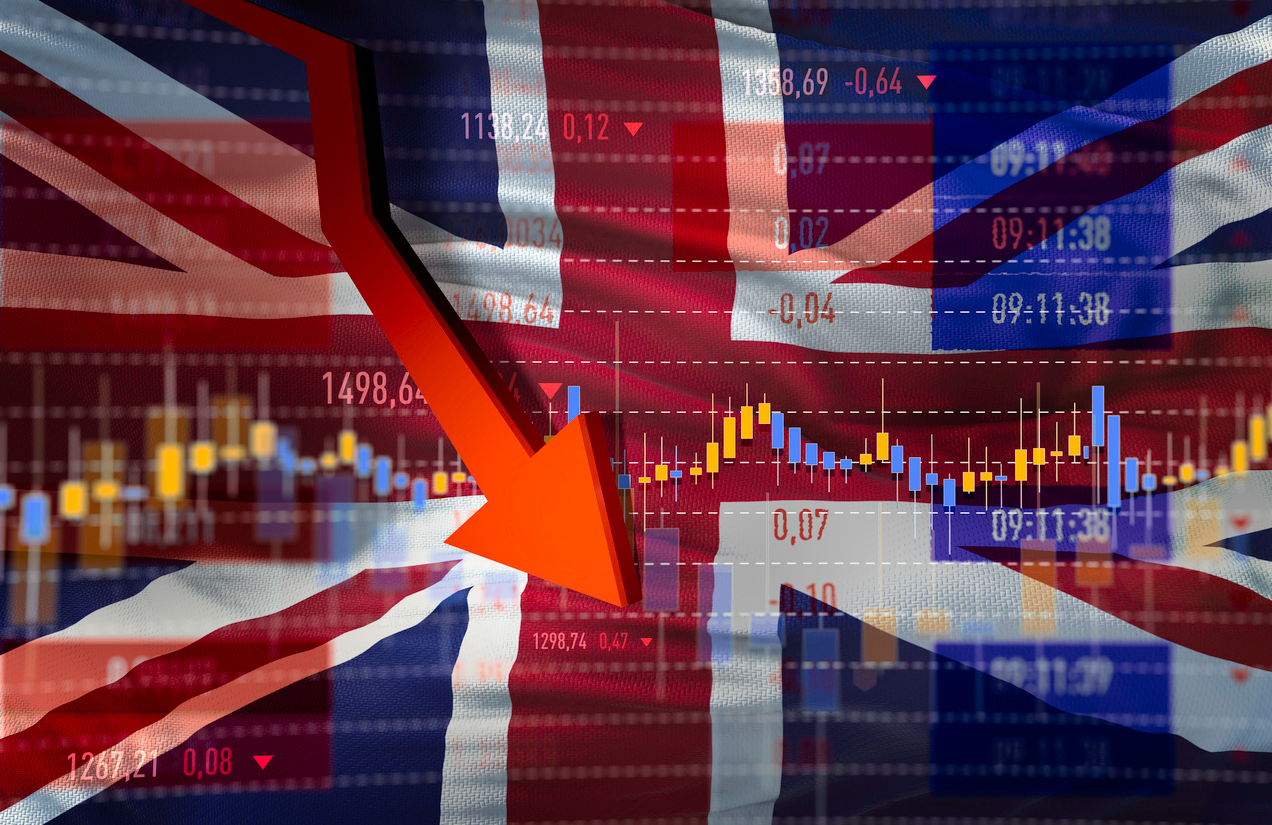 Another day, more political turmoil for the UK. Prime Minister Truss has resigned, but if you think that brings calm to a situation, look what might be up next. There is a strengthening possibility that Boris Johnson, a Prime Minister who resigned in July with integrity in tatters, could be making a return. A week-long election process of the Conservative Party leadership will now take place. GBP initially jumped on the news of Truss’s resignation but that has quickly faded.

The broad sense of market sentiment remains cautious to negative. Rising US Treasury yields are once more drag on risk appetite. With this in mind, the USD strengthening trend is once more back in play across major forex. Indices are in decline, with NASDAQ underperforming on Wall Street. Commodities are also in decline, with gold and silver tracking lower.

The economic calendar is fairly quiet until Canadian Retail Sales early in the US session. Sales are expected to show mild monthly growth which would reduce Year-on-Year growth to a still healthy +6.5%. Eurozone Consumer Confidence is expected to continue to deteriorate to levels not seen since April 2009.

Market sentiment continues to sour: The USD positive trend is reasserting once more, with commodities dropping back and indices sliding lower.

UK Prime Minister Truss resigns: After days of turmoil and political infighting, Liz Truss has resigned as Prime Minister (after just 45 days in office). There will be a leadership election in the next week to decide the next leader. The UK will have a new Prime Minister by next Friday.

A return for Boris Johnson? The former Prime Minister who resigned just four months ago as swathes of his cabinet resigned at his conduct and “integrity”, could be making a remarkable return.

Truss's resignation GBP rally quickly fades: GBP initially rallied but the move lasted a matter of hours (not far short of Truss’s time as Prime Minister). One interesting benchmark in the days to come will be 1.1450 in GBP/USD. This is where Cable was trading the day that Truss became Prime Minister on 5th September and is also the key October lower high.

UK Retail Sales plummet: Monthly core sales were much worse than expected in September, falling by -1.5% (-0.3% exp). This means YoY sales decline has deteriorated to -6.2% from -5.3% (and improvement to -4.1% had been forecast)

Cryptocurrencies supported, for now: Crypto closed lower for the third day in a row yesterday. There is a consolidation this morning, but if risk appetite continues to deteriorate, this should drag crypto lower again. Bitcoin is flat just a shade above $19000, with Ethereum +0.25% at $1285.

Broad outlook: A cautious and negative bias to market sentiment.

Forex: USD is gaining once more, although EUR is holding up relatively well. GBP is the primary underperformer.

Commodities: Intraday rallies on precious metals are a chance to sell. Oil is again falling over.

Indices: Wall Street has turned lower again, this is weighing on European indices too. 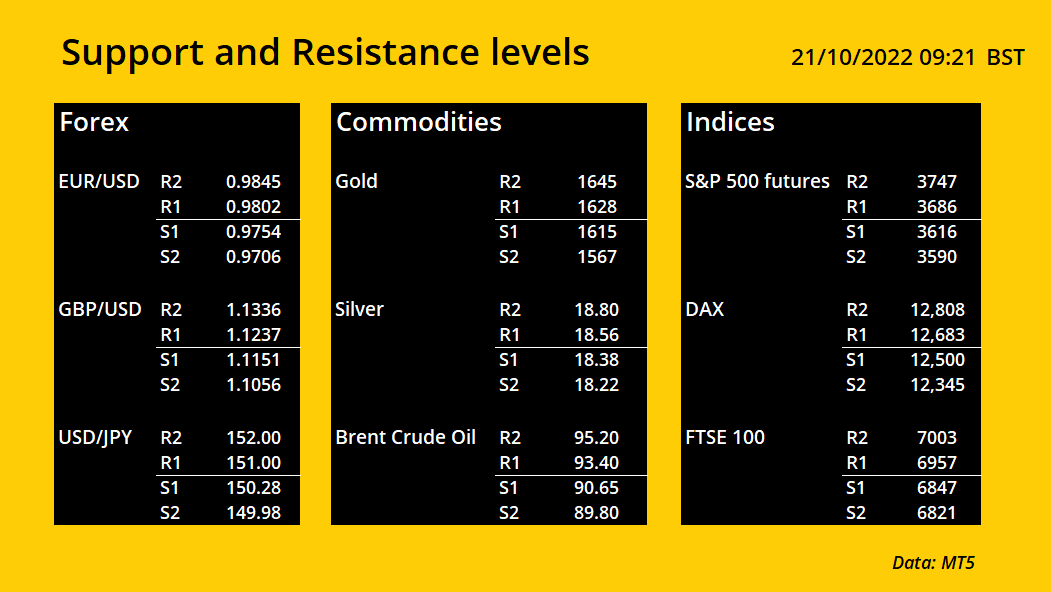