Swinging moves from the FOMC statement to the Powell press conference but in short, the Fed is not yet ready to pivot. Markets are reacting and the USD is strengthening once more. 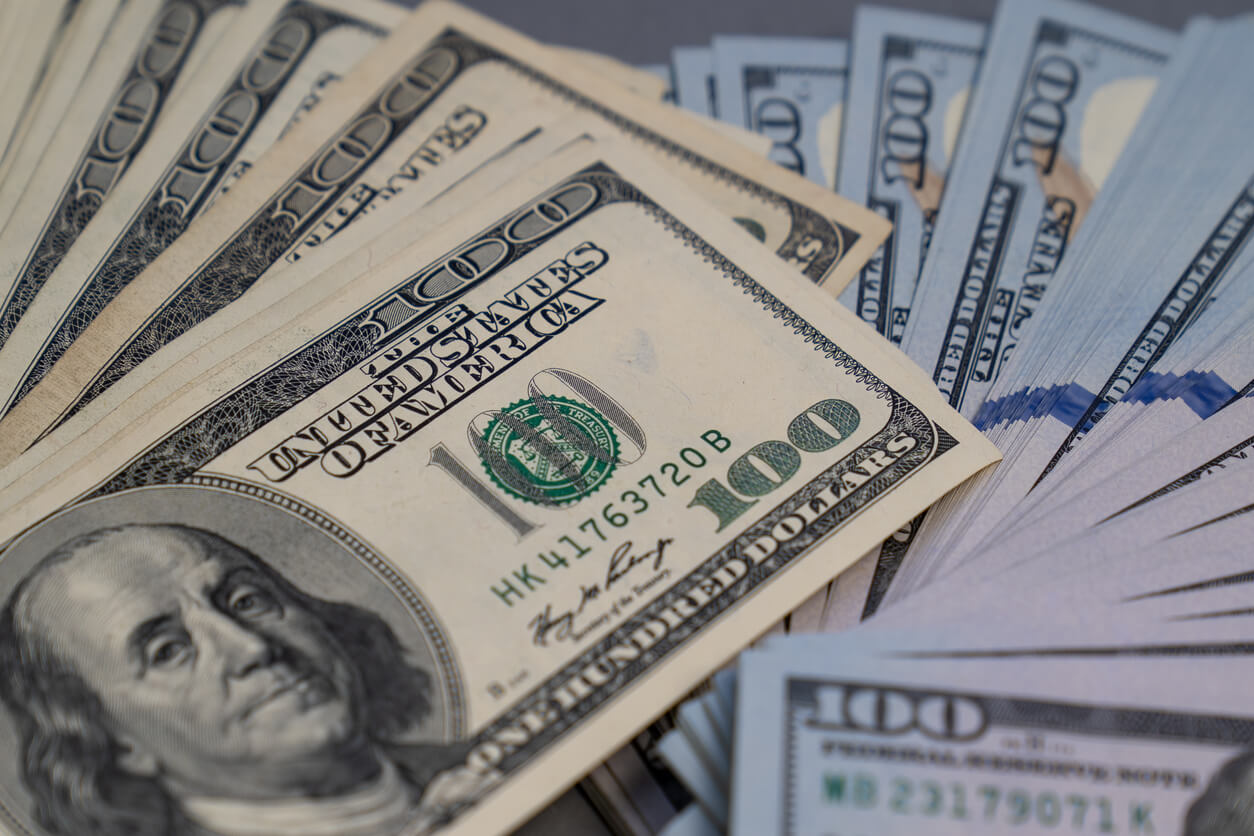 It was a remarkable Fed meeting last night, one in which markets went on a bit of a rollercoaster ride. The +75bps rate hike was fully expected, but markets moved initially on a rather dovish sounding lean in the statement. Hints towards a potential pivot saw a spike higher in risk appetite and the USD falling. However, these hopes were dashed during a fairly hawkish-sounding press conference from Fed Chair Powell. He said that the Fed “still has some ways to go”. He also noted that he expected the terminal rate to be higher than the Fed expected in September (when the dots were guiding towards 4.75%). Cue a big rally in USD and risk appetite selling off. This is the lasting legacy into markets this morning.

After initially consolidating overnight, European traders have come in and bought the USD, whilst selling risk assets. This is weighing on commodities with Silver leading gold lower, whilst oil is also falling. Equity markets are also under selling pressure in Europe. For now, this is more of a reaction to the big sell-off into the close on Wall Street. US futures ticked slightly higher overnight but are back around flat now. We will be watching the reaction on the S&P 500 futures to the late October higher low of 3757. A decisive move back below this would suggest a reversal of the October rally is on.

The Bank of England is key on the economic calendar today, but also the US ISM Non-Manufacturing PMI. However, first up is the final UK Services PMI, which is expected to be unrevised from the flash and to remain decisively in contraction, along with the Composite and both well below 48. The Bank of England monetary policy decision is expected to show a 75bps rate hike. Although the consensus is for the decision to be unanimous, there could be some dovish dissenters to this decision, which could weigh on GBP. US jobless claims are expected to rise slightly, as the consensus habitually does. The ISM Services survey is expected to decline, but to remain solidly in expansion above 55. Finally, US Factory Orders are expected to show mild monthly growth of +0.3% in September.

Market sentiment turns sour again: USD positive and selling on risk assets in the wake of the FOMC meeting.

Treasury yields are higher: This is especially on shorter-dated Treasuries. The 2-year yield has continued to move higher to around 4.68% today. Given Powell’s comments on the terminal rate, this could have further room towards 5% in due course.

China Caixin Composite PMI is all but in line with the forecast: The composite PMI has fallen to 48.3 in October (from 48.5 in September). This was a shade above the 48.1 forecast.

Swiss inflation falls: October YoY inflation has fallen to 3.0% from 3.3% in September. The consensus was expecting a drop to 3.2%. The CHF has fallen decisively on the news.

Cryptocurrencies clawing back yesterday’s losses: Crypto fell into the close last night after the FOMC decision. However, there has been a decent stab at forming support this morning. Bitcoin is +0.6% at $20300, with Ethereum at +2.1% and $1544.

Broad outlook: There has been a decisive shift back towards a bearish outlook for risk The USD is a winner in this scenario, with metals and equities suffering. 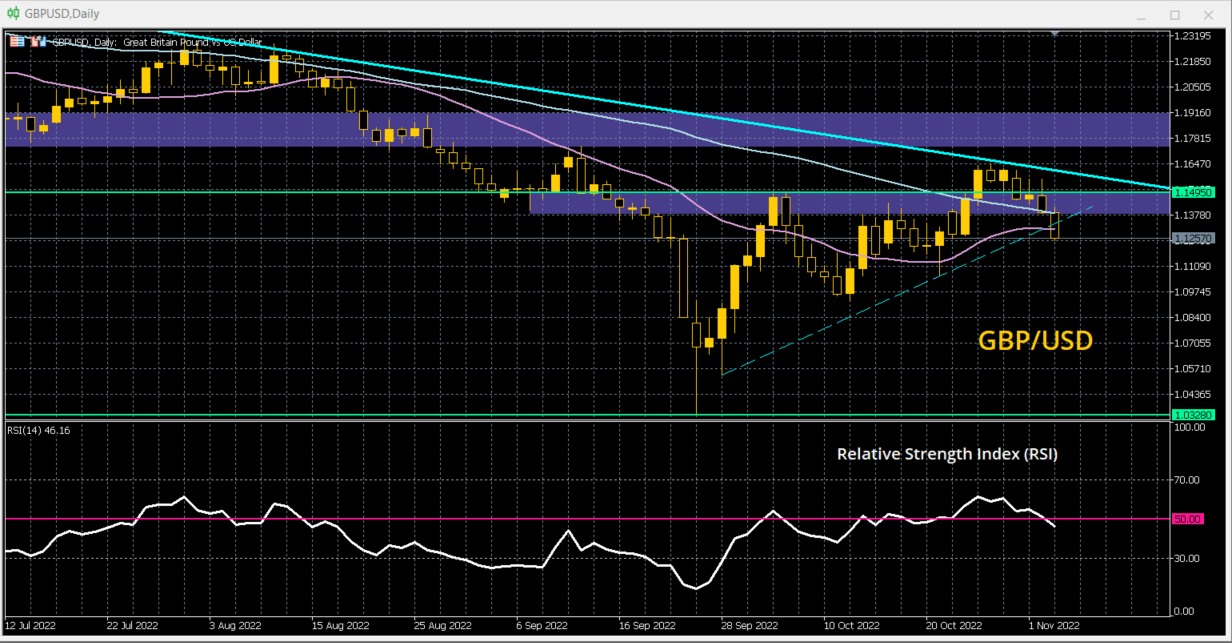 Indices: Wall Street has fallen sharply to lose the positive outlook of the recovery. European markets are also being dragged lower. 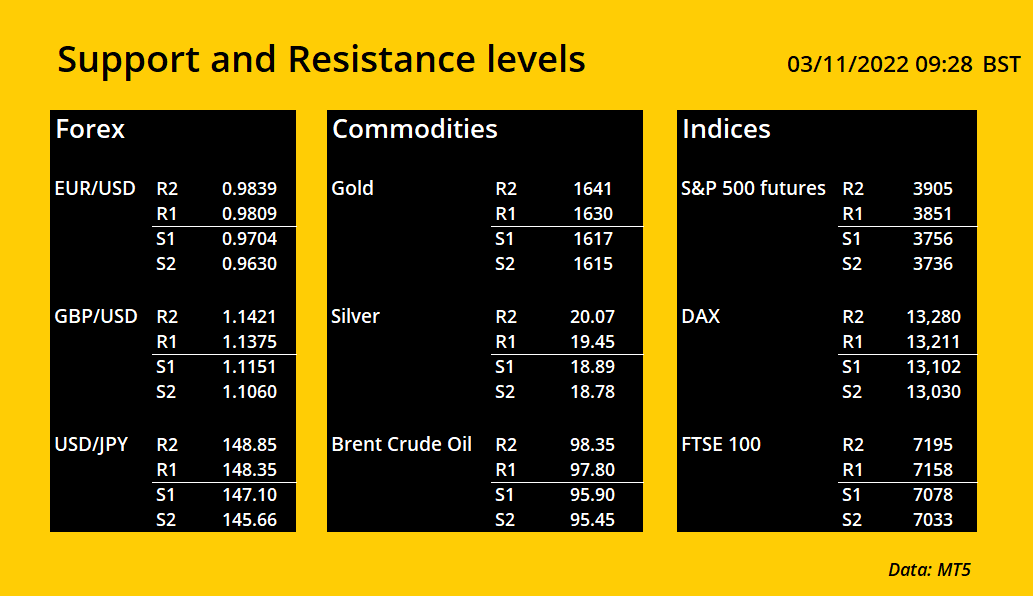