For months, markets have been dominated by trends of USD strength and risk-averse sentiment. These trends are decisively established once more. 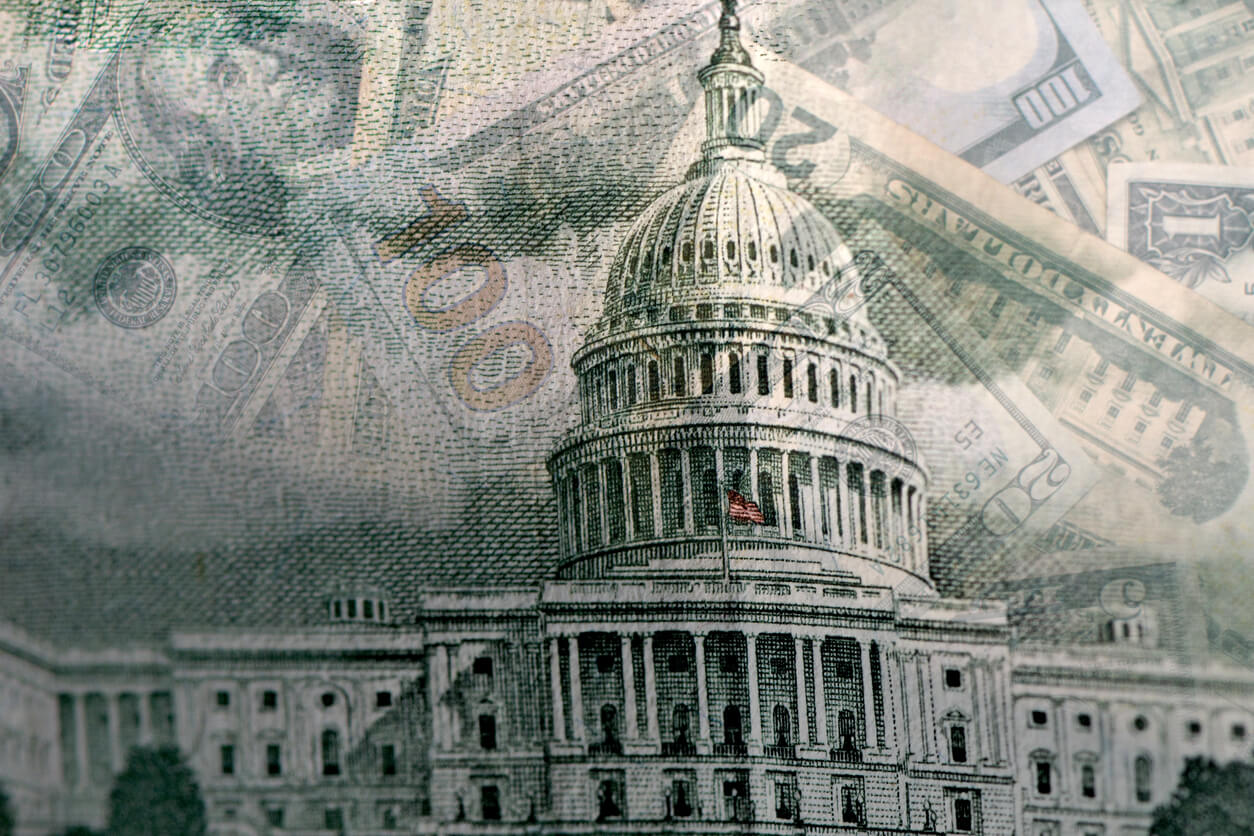 Since the hot US inflation data on Tuesday, there has been a reformation of the established trends that have dominated major markets for several months. The USD strength is reasserting. This comes alongside a bias of risk-averse sentiment that is weighing on higher-risk assets. Yesterday’s weaker-than-expected US Retail Sales and Industrial Production have only seemed to play into these trends.

Although Chinese activity data overnight has suggested an improvement in retail sales and industrial production, this glimmer of light is not reflected in the mood of markets early in the European session. Equity markets have continued to fall, with US futures decisively lower. GBP is also underperforming in the wake of the worse-than-expected August UK retail sales data.

Looking ahead, Eurozone inflation and the US consumer will be in focus on the economic calendar today. Final Eurozone HICP inflation for August is expected to be unrevised, so is unlikely to cause too many shockwaves. However, the Michigan Sentiment will be the big focus. Sentiment is expected to pick up in September, driven by improvements in both current conditions and expectations. However, traders (and the Fed) will also be watching out for the inflation expectations components too. Any reduction may ease the pressure on the Fed to be super aggressive in next week’s FOMC.

Treasury yields continue to edge higher: The US 10-year yield is once more close to the 3.50% mark that it hit back in June. The 2-year yield has hit 3.90% this morning, a level not seen since October 2007.

Chinese data comes in better than expected: Trends are starting to improve. Retail Sales have picked up year on year to 5.4% (from 2.7%), with Industrial Production also improving to 4.2% (from 3.8%). Both beat expectations.

US Q3 GDP is tracking lower: The Atlanta Fed’s GDPNow growth model has shown that GDP is on track to grow by just +0.5% in Q3. This has been revised lower from +1.3% previously. This follows the lower-than-expected US Retail Sales and Industrial Production data.

Cryptocurrencies falling again: As risk appetite has faltered, cryptocurrencies have also fallen back. Bitcoin closed lower yesterday and is another -0.4% lower today at around $19,750. Ethereum is lower by -2.0% at $1473. 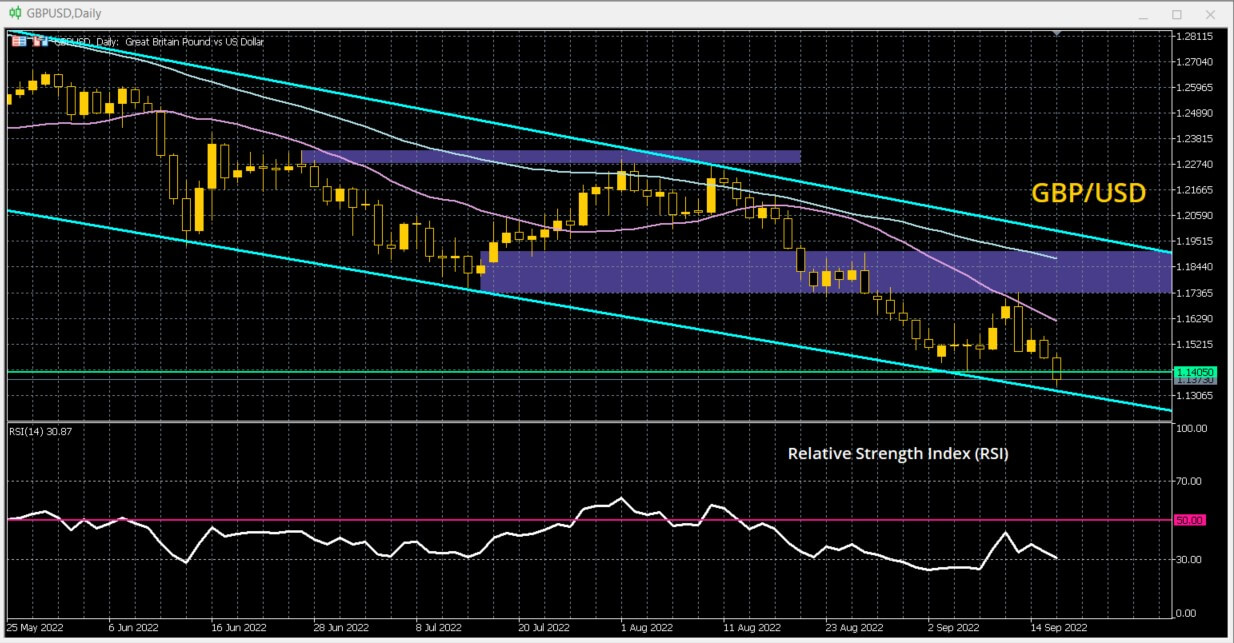 Indices: The near-term rebound has again been sold and equity markets are once more in retreat. 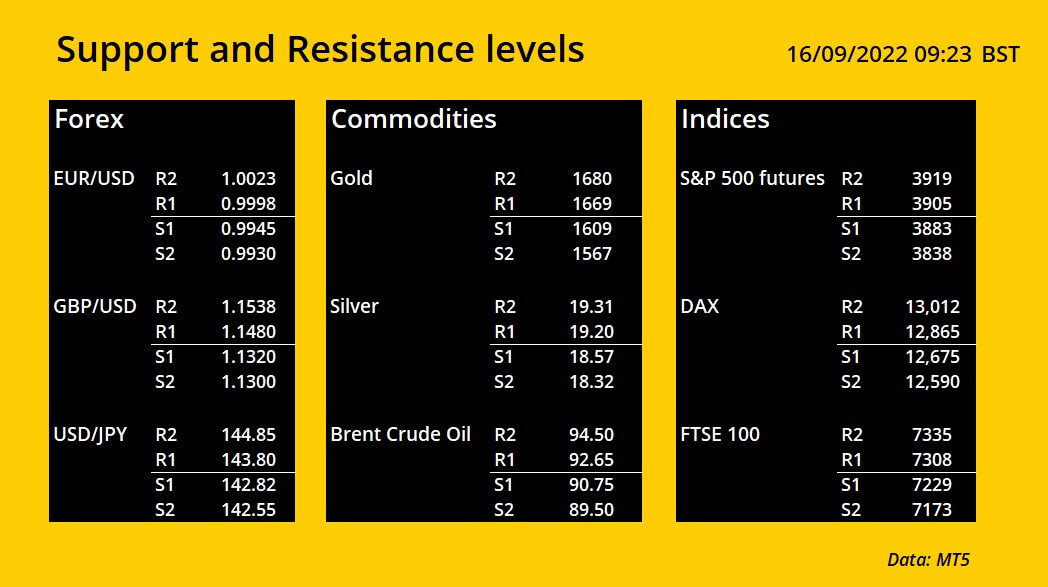