Espresso Morning Call: Cautious support with eyes on US jobs

After the tide of USD strength and selling pressure on equity markets, there are tentative signs of support this morning. However, this comes ahead of another crucial US Nonfarm Payrolls report. 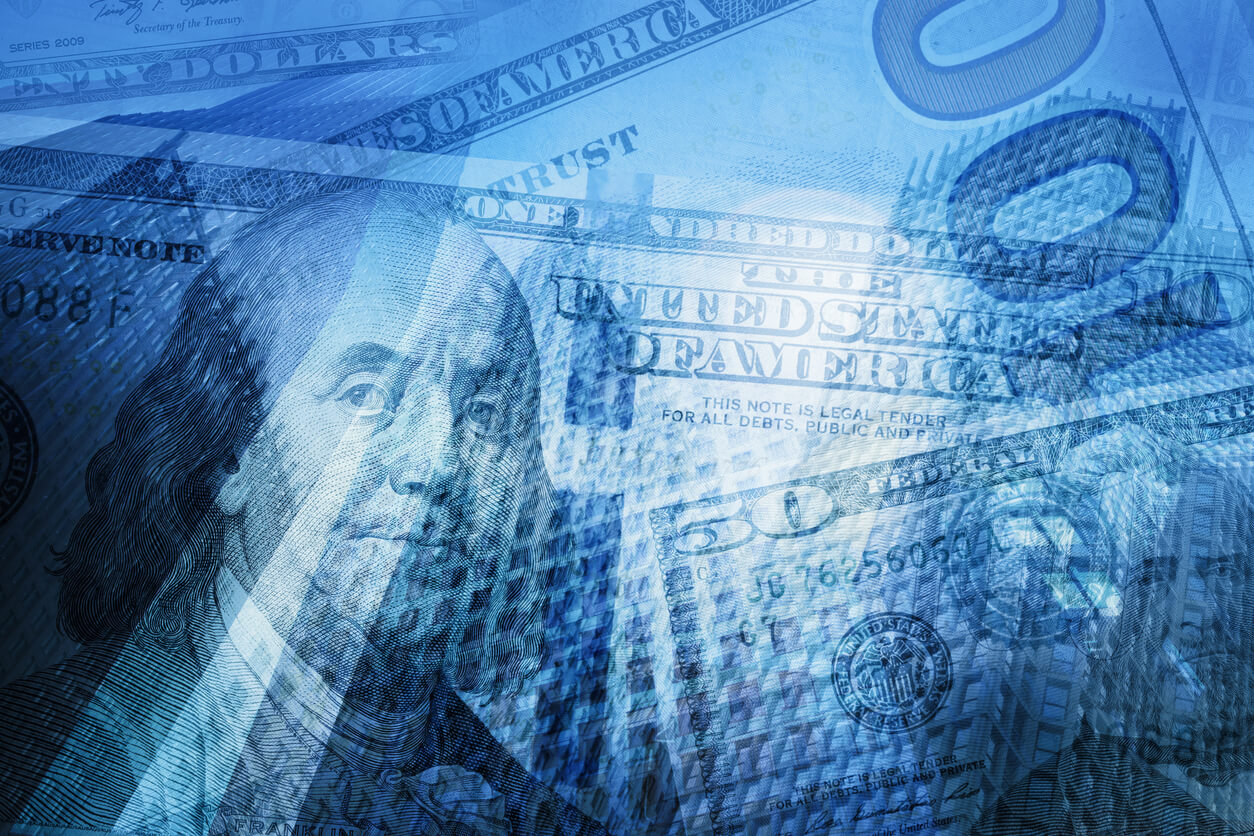 Market sentiment has been battered throughout the week. US Treasury yields have been trending higher, strengthening the USD, and weighing on Wall Street. However, a strong intraday rebound into the close on Wall Street is giving some hope. Technically, a “bull hammer” candlestick on the S&P 500 futures chart can be a strong reversal signal, at least near-term anyway.

This rally is reflected across major markets. The USD is slipping back this morning on major forex (as US Treasury yields unwind slightly). This is also helping commodities to build support early today. European indices are following the rebound on Wall Street (even if US futures are cautious this morning). There is another aspect to this though. It is Nonfarm Payrolls Friday today and markets are traditionally cautious in front of the jobs report. If these markets can hold the support following the payrolls data later, this could be a moment for at least a near-term shift in sentiment. A tepid jobs report would help.

Nonfarm Payrolls loom large on the economic calendar today. The US Employment Situation is released at 12:30 GMT. Headline jobs growth is expected to be down from an extremely strong 528,000 in July. However, if the consensus of 300,000 were to be achieved this would again be another strong number and put the Fed firmly on the path to a 75 basis points hike in the September FOMC meeting. Unemployment staying at a post-COVID low of 3.5% would add to the conviction of Fed hawks. Average Hourly Earnings ticking slightly higher again would be another reason.

Market sentiment has improved today: Coming after the rebound on Wall Street, there is a sense of support forming in market markets.

Treasury yields show signs of stalling: After accelerating higher in recent sessions, yields have shown early signs of pulling back this morning. There is nothing decisive yet (unlikely ahead of payrolls)

Fed’s Bostic toes the hawkish line: Raphael Bostic (not a voter until 2024, leans hawkish) maintained the Fed’s recent hawkish bias. He said that there is “more to do on inflation” and the Fed has to “get the economy to slow down”. Being considered marginally hawkish on the FOMC, shows where the balance lies.

Cryptocurrencies remain quiet: Crypto has been very subdued this week. Bitcoin has hovered around the $20,000 mark and is once more around there this morning.

Broad outlook: Sentiment has improved slightly, but essentially has just stabilised ahead of the US jobs report.

Forex: There is a mild sense of support as the USD has given back some of its strength today. EUR is the main beneficiary.

Commodities: Signs of near-term recovery on precious metals, but rallies still look like a chance to sell. Technical configuration suggests oil is also struggling to hold any recoveries.

Indices: Signs of support and a near-term recovery threatens on Wall Street. The moves look more tentative on European indices. 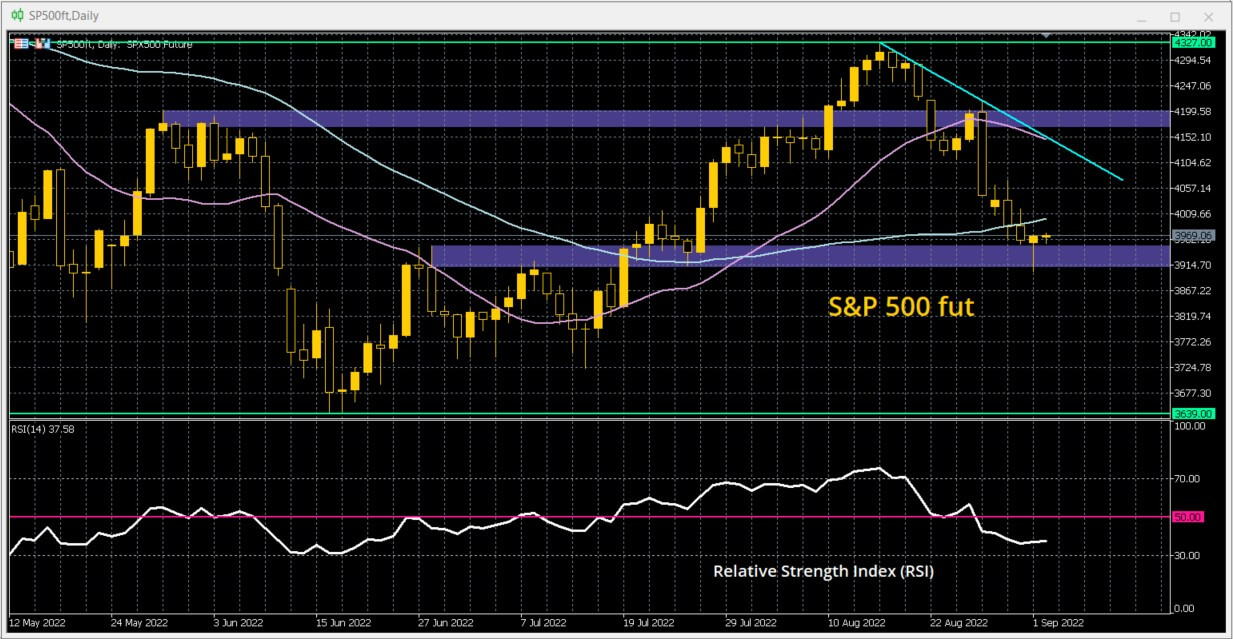 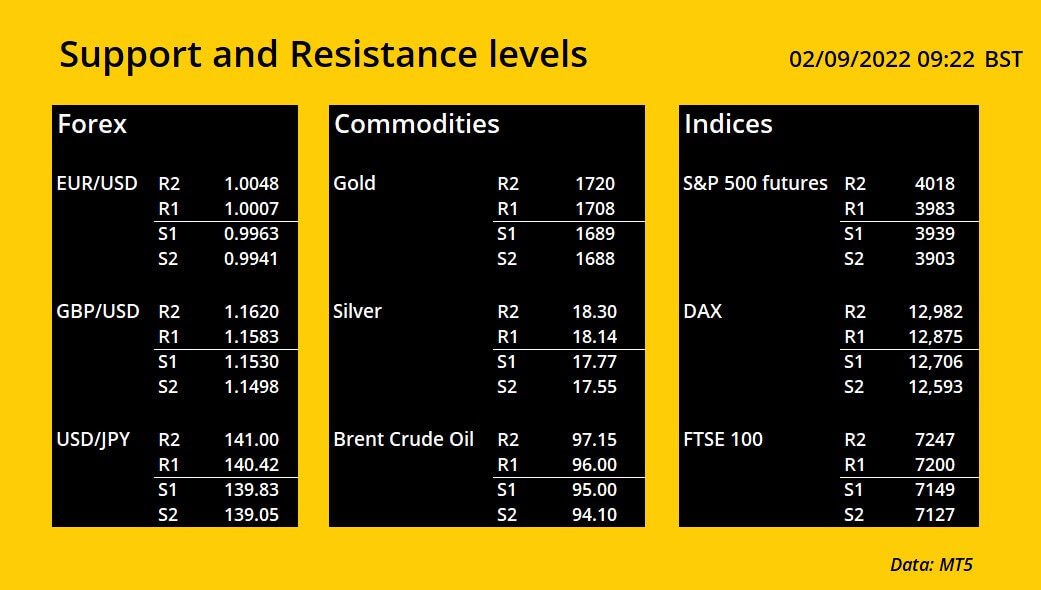