Espresso Morning Call: Caution takes hold ahead of the ECB

There is a cautious look to major markets this morning as traders keep their powder dry ahead of a crucial ECB meeting later today. 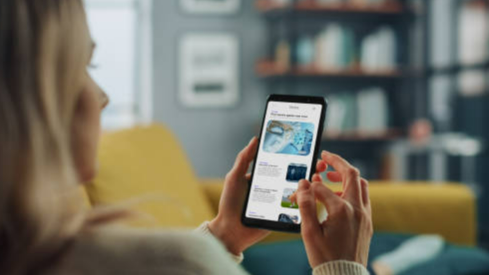 Broad market sentiment is looking cautious ahead of a key meeting of the European Central Bank today. Drawing asset purchases to a close is pretty much a given today, but just how hawkish will the ECB go with inflation running at over 8%? The extent to which the Governing Council signals for future rate hikes, in what size, and perhaps even for how long will gauge market reaction today.

Markets are trading with a slight edge of risk aversion today. Although the EUR is consolidating, the USD is gaining elsewhere, whilst the Japanese yen is the main outperformer. However, given how much the yen has fallen in recent days, this may be a case of a snap-back rally in an isolated move. Elsewhere, European indices are playing catch up on late Wall Street selling last night, whilst US futures oscillate around the flat line.

The massive focus of the economic calendar will be on the European Central Bank. The ECB is not expected to hike rates quite yet (highly anticipated to be July) but it is likely to announce the winding down of the Asset Purchase Programme and also use forward guidance in the press conference to steer for a July rate hike. Whether a +50bps hike is being discussed could be the hawkish surprise in the press conference. Also look out for US Weekly Jobless Claims, although the market impact of this may be lost amidst the ECB presser.

Market sentiment looks cautious: There is little real decisive across major markets ahead of the ECB. The USD is marginally stronger, and this is weighing slightly on precious metals. European indices are playing catch up whilst US futures are a hair’s breadth lower.

Treasury yields consolidate: Yields are the slightest bit lower, with the 2-year and 10-year yields both less than one basis point down.

RBNZ will sell NZ government bonds from July: The Reserve Bank of New Zealand will start to unwind its balance sheet with NZD 5bn per fiscal year. There has been a positive NZD reaction to this morning.

Cryptocurrency steady: After a choppy few days, cryptocurrencies are looking relatively steady this morning. Despite several days of fluctuation, Bitcoin remains supported above $30,000 and is +0.5% higher this morning.

Broad outlook: Cautious moves across major markets. This is equating to mild gains for the USD (although slightly more as the European session cranks up) which are weighing slightly on precious metals. European indices are lower in early moves and US futures are also threatening to fall away, adding further pressure on European markets.

Forex: USD is strengthening, but the JPY has clawed back some of its recent losses and is stronger this morning.

Indices: Wall Street is increasingly in a consolidation range, whilst European markets have also lost upside momentum and are developing ranges.