Espresso Morning Call: Caution forming ahead of US jobs data

The Fed minutes may not have done much to move markets but the tightness of the US labour market will be on the minds of traders ahead of important jobs data. 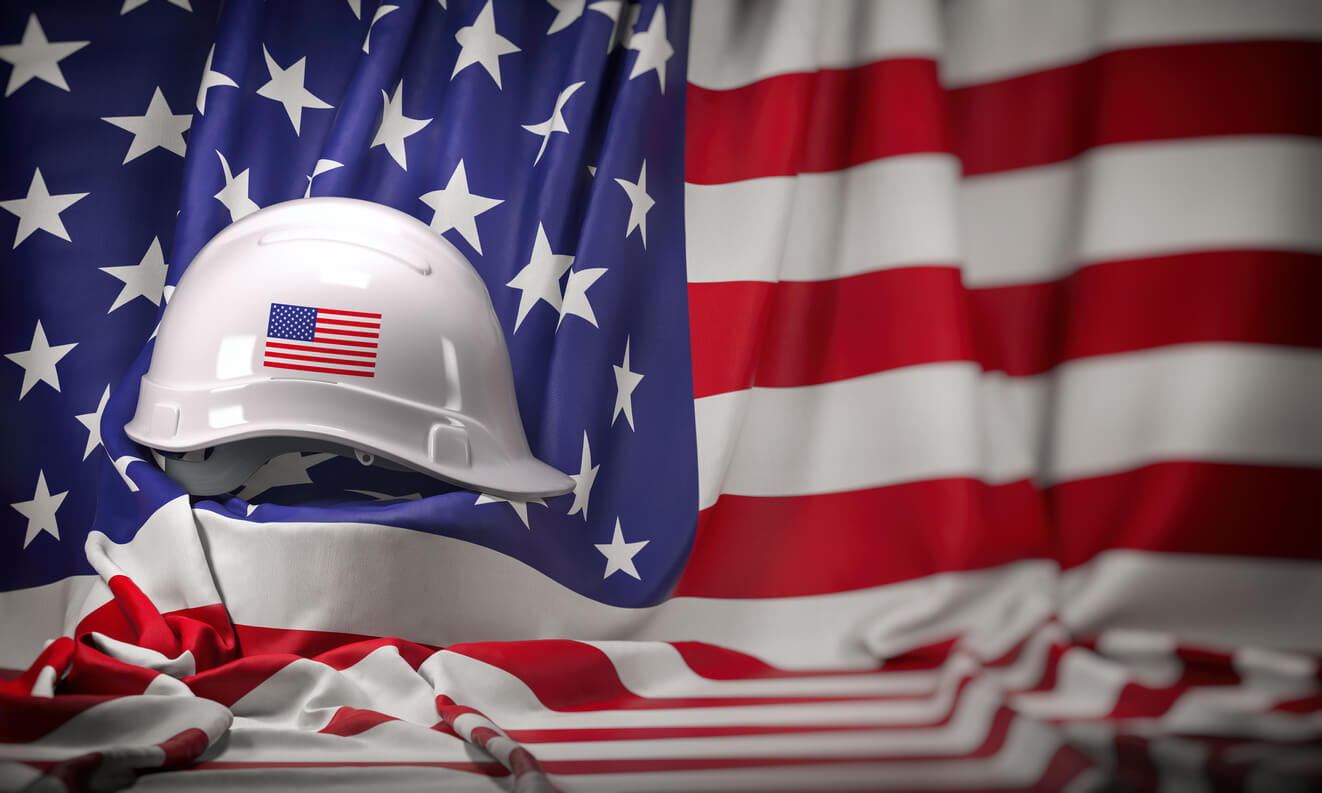 The initial risk-positive bias to major markets that greeted traders following their holiday breaks is beginning to crack. Traders are looking past the benefits of the falling energy prices in Europe. Instead, they cast a cautious gaze towards the US where continued tightness in the labour market could prevent the Fed from easing off in its monetary policy tightening. Yesterday’s JOLTs jobs openings remained strong, and this will increase the focus on not only today’s ADP Employment Change data but also tomorrow’s Nonfarm Payrolls.

This risk aversion is weighing on pro-cyclical currencies (AUD, NZD and GBP are underperforming), whilst silver is falling harder than gold. US futures have been dragged back overnight and this is weighing on European indices this morning.

The ADP jobs data will be in focus today, along with some second-tier US data and two Fed speakers to watch for on the economic calendar. However, initially, the final UK Composite PMI is not expected to show any revisions from the flash reading of 49.0. Into the US session, the ADP Employment Change is expected to increase slightly to 150,000. After the JOLTS jobs data suggested the US labour market remains tight, attention will turn to what the ADP can tell us. The US Trade Balance is expected to show a mild improvement in the deficit. However, this is expected to be driven by reductions in both imports and exports, just that imports are expected to contract more. Weekly Jobless Claims are expected to be unchanged at 225,000. Later in the US session, the Fed speakers will take the interest of traders. Raphael Bostic is a gauge of where the centrists sit on the FOMC, whilst James Bullard is very much at the hawkish end of the spectrum.

Market sentiment is looking more cautious: Flow out of pro-cyclical currencies and towards the USD is a feature on forex markets. Silver is underperforming gold in a correction, whilst equity markets are giving back previous gains.

Treasury yields tick higher: Despite the very little reaction to the FOMC minutes (see below) there has been a tick higher this morning on both 2s and 10s

FOMC minutes bring no surprises: The minutes seemed to emphasise that slowing the pace of hikes did not mean that the Fed was wavering its commitment to bringing inflation lower. “No participants anticipated that it would be appropriate to begin reducing the federal funds rate target in 2023”. Also, there was no discussion of the size of the February hike.

US interest rate futures barely move: In the wake of the Fed minutes, Fed Funds futures have barely moved. The curve is still suggesting the terminal rate will be a shade under 5% in 2023.

China Caixin Composite PMI improves slightly: The composite PMI has improved to 48.3 in December (from 47.0 in November).

Cryptocurrencies unwind previous gains: Crypto has been tracking higher over the past few sessions but is pulling back slightly this morning. Bitcoin is -0.1% at $16800 with Ethereum -0.3% at $1248.

Two Fed speakers to watch for today: Traders will be watching for comments from the FOMC’s Bostic (2024 voter, a shade hawkish) at 14:20 GMT and FOMC’s Bullard (2025 voter, extremely hawkish) at18:20 GMT.

Forex: There is a risk negative bias with AUD, NZD and GBP underperforming, whilst USD is looking stronger again. EUR is holding on to gains though.

Commodities: Precious metals are starting to pull back. Oil is trying to build support. 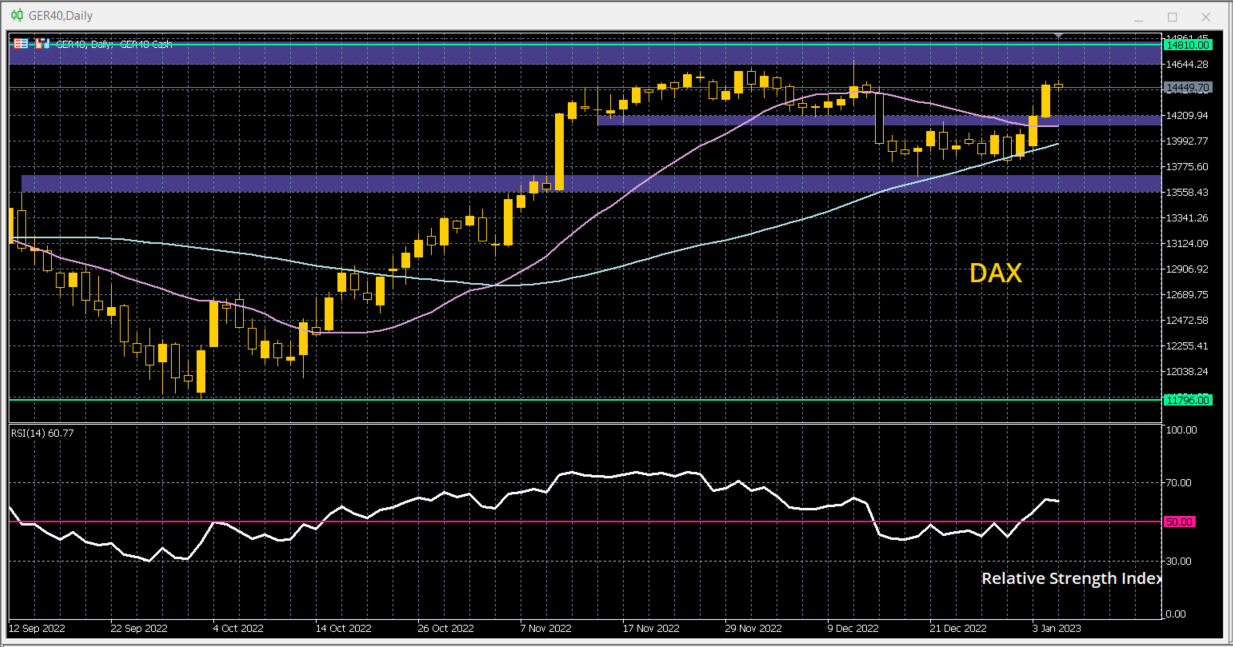 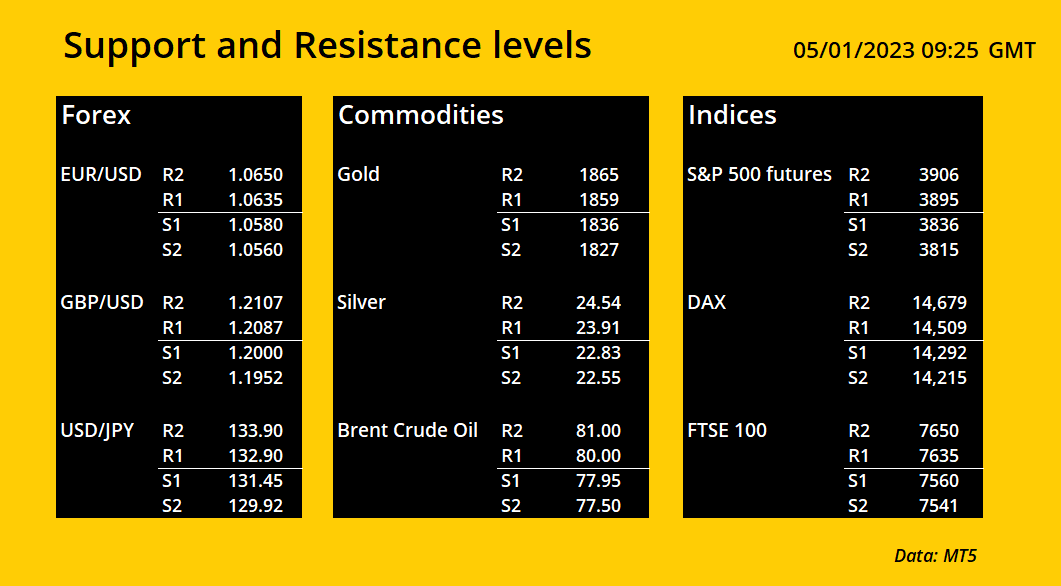