Markets are fairly quiet this morning. The political risk in the UK has receded as new Prime Minister Sunak takes office. Markets can start to look ahead to the next key risk event, the ECB meeting. 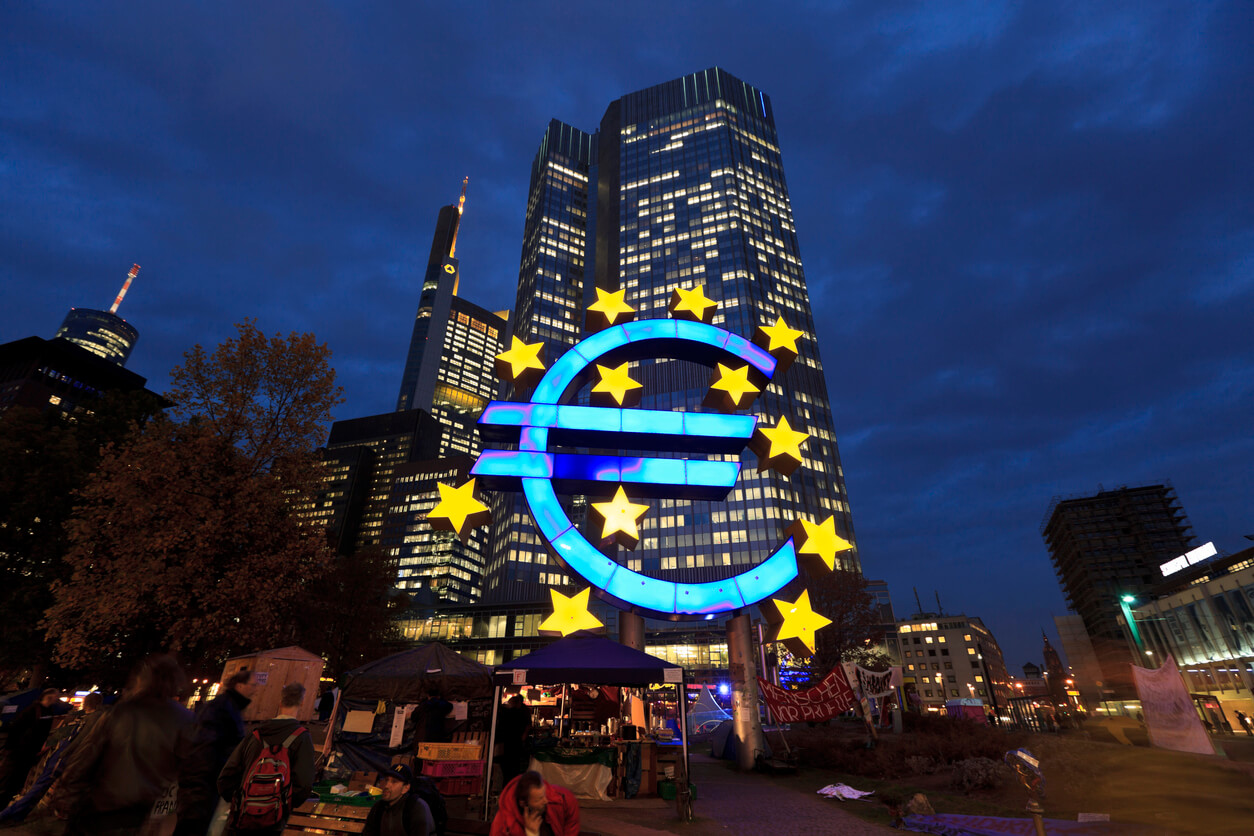 As a fiscally prudent (and relatively safe pair of hands) Rishi Sunak is set to become Prime Minister today, markets may now be able to look past UK political risk. The contagion risk from UK Gilt markets is easing as UK yields are falling. This is adding to a sense of calm that is taking hold in major markets this morning.

With some significant risk events later in the week it may be that this sense of calm is a pause for breath though. The ECB meeting, US Advance GDP and the Bank of Japan will be on traders’ minds. US bond yields stabilising have played into this relative calming of markets. It leaves only minor moves on USD, whilst commodities tick slightly lower and equity markets buzz around the flat line this morning.

Treasury yields have dropped but are essentially consolidating: Yields steadied yesterday and although they are a shade lower this morning, there is more of a sense of consolidation.

UK Prime Minister Sunak to take office: Rishi Sunak will be formally announced as Prime Minister today. He is seen as fiscally prudent and will help to steady a volatile political situation in the UK that has been present since the fateful mini-budget just over a month ago. GBP is steady, drifting lower yesterday but rebounding slightly early today.

German Ifo steadies: The German Ifo Business Climate for October was 84.3 which was only a shade below the 84.4 from September. This was better than the expected drop to 83.3 with current conditions being a key stabilising factor.

Cryptocurrencies drift slightly lower: Crypto continues to lack decisive direction, with a drift lower this morning. Bitcoin is -0.5% at $19300 and Ethereum is -0.3% at $1346. 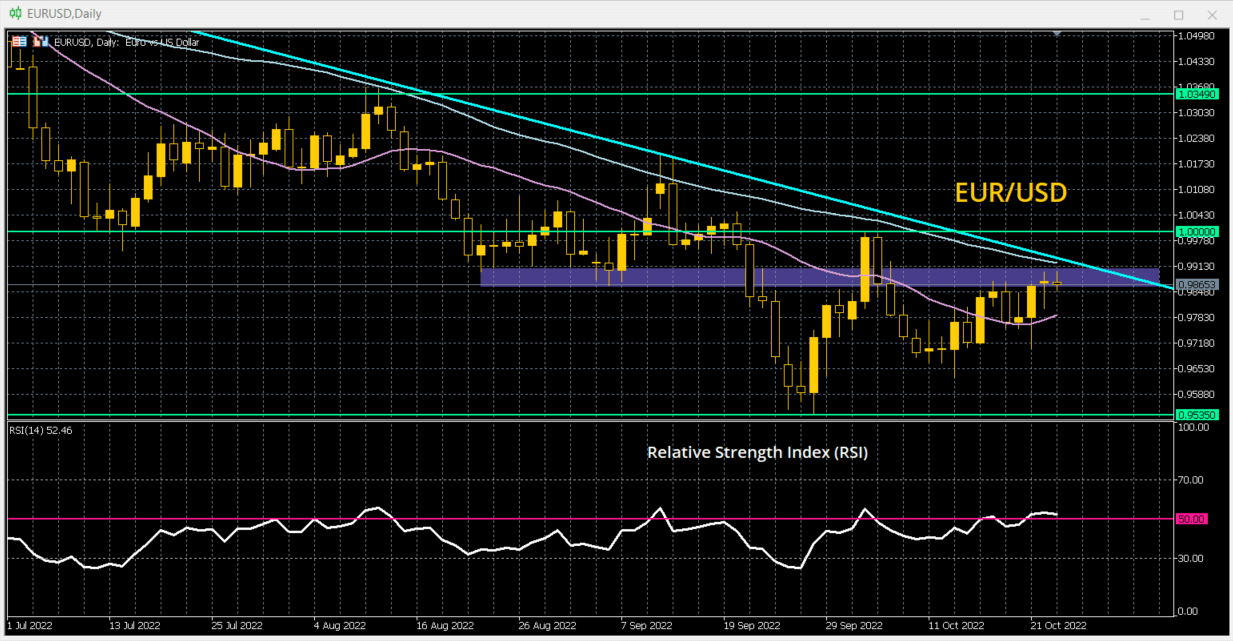 Commodities: The rebounds may already be falling over.

Indices: Wall Street has rebounded and is testing resistance again. This is helping the German DAX more than FTSE 100 though. 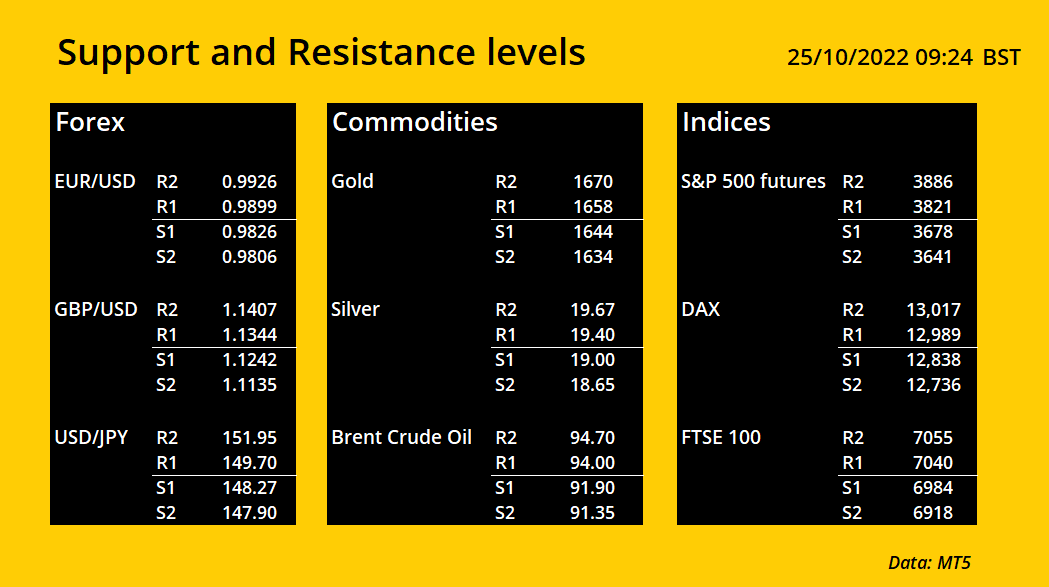