Equity indices rally on hopes of traction in peace talks

Rallies are taking off again, with key resistance being tested. Traction in the peace talks will be crucial for the moves to continue. 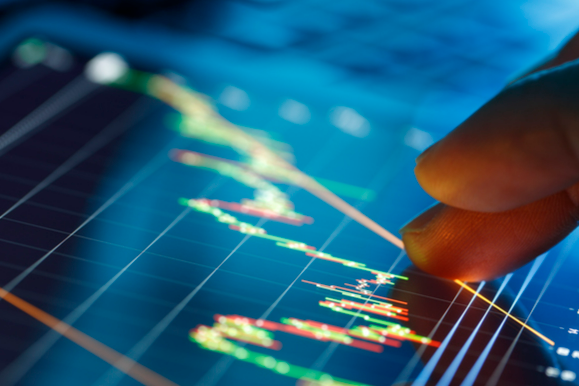 Market sensitivity to the war in Ukraine remains high. Rallies on equity markets have kicked in over recent weeks as peace talks have developed. Amid supposed traction in the negotiations, markets have taken another leg higher in recovery. This is now moving indices through key technical levels, with the moves having the makings of being decisive in the recovery.

There are now signs of progress in the peace negotiations. Maybe it is because the Russians have stalled military advances in recent weeks, with strong and fierce resistance being put up by the Ukrainian forces. However, pledges are now being made from both sides.

The Russians have said that they would scale back military operations around Kyiv and in the north of Ukraine. In return, Ukraine has suggested that it would adopt a neutral status, whilst not joining NATO. Other proposals include a 15-year consultation on the status of Crimea and discussions over the fate of the Dombas region in southeast Ukraine.

Whilst it is still very early, and clearly, nothing has yet been agreed upon or signed, this is very encouraging for ending the immediate conflict and bloodshed.

We are seeing key moves across major markets, with a decisive unwinding of moves seen as a response to the war.

Equity indices are rallying across the board. However, it is a decisively risk positive move that is allowing the major European markets such as the German DAX and the French CAC to outperform. These markets were the closest both geographically and economically to the war in Ukraine. They fell the hardest on the breakout of war, however, they are also now rallying the strongest.

We also see Wall Street gaining solid ground. Once more this is a risk positive move, with the NASDAQ (high growth, higher risk market) underperforming the S&P 500 and Dow Jones Industrial Average during the initial sell-off. However, the NASDAQ is now leading the Wall Street recovery.

Indices are now looking to break decisively clear of crucial resistance that would confirm the next step in the recovery.

The S&P 500 futures (MT5 code: SP500ft) have broken out above the key February resistance at 4585 today. This move has been confirmed with the RSI at a 4 month high and into the mid-60s. The key now is to consolidate the breakout, by using intraday weakness into 4550/4585 as a buying opportunity. This move is important as it opens the way towards 4740 and potentially even the all-time high again at 4807.

The German DAX (MT5 code: GER40) has been accelerating higher in recent sessions. Today’s move has even now had an initial look at the key overhead supply resistance between 14,800/15,000. Reaction to this resistance will be crucial, as will the three-month downtrend, which comes in around 14,750 today. The bulls will be encouraged by the RSI moving into the mid-50s and an 11 week high. There is a basis of support now around 14,390/14,585 which will need to hold on to any near term pullbacks to keep the recovery on track.

Finally, we see the FTSE 100 (MT5 code: UK100) which is more of a grind higher. Earlier, we showed the performance chart of major indices. The path of recovery on the FTSE 100 is a lot slower than in other markets. This is also reflected in the lack of acceleration in recent days.

It comes as FTSE 100 has looked at breaking the resistance at 7559 but shied away. There is a far more tentative look to the run higher than on other markets. Despite this though, it is interesting to see that the FTSE 100 has posted higher daily lows in each of the past 10 sessions. There is an undoubted appetite to buy intraday weakness, but it is not a high octane recovery. A closing breakout above 7559 would help as it would open the resistance at 7635 and potentially the key high at 7695 again. Support at 7422 needs to hold to prevent a corrective move from forming.