Equity markets are selling hard in the wake of Friday’s US CPI. The prospect of higher Fed rates and a stuttering re-opening of China post-lockdowns is driving markets lower. 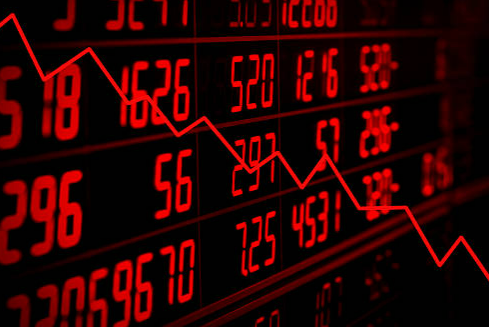 Equity markets spent much of May in recovery mode and in a generally upbeat mood where the glass was seen as half full. However, it would appear that this has all changed in less than a handful of bearish days. It would appear that the glass cannot even be considered to be  “half empty”. It has cracks and is beginning to leak significantly.

US CPI inflation came in surprisingly hot in May. Market participants had been starting to price for the topping out of inflation in recent months. However, with the headline CPI jumping to 8.6% in May, this was the highest level since 1981. This was much higher than the consensus expectation of the headline remaining at 8.3%. Core CPI did fall to 6.0% but this was also higher than expected.

This has had a significant impact throughout major markets. There has been significant flow out of higher risk assets (cryptocurrencies especially, but also out of equities). Indices have fallen dramatically. This move could easily now continue into the Fed meeting on Wednesday.

The May rallies were helped by the prospect of China re-opening after two months of COVID lockdowns. However, this prospect has been thrown into doubt. The latest updates suggest that Beijing will be engaging in mass COVID testing after a surge in cases. This has come as Shanghai has once more banned dine-in restaurant services.

These measures are only minor as things stand, however, given the increasingly jittery outlook for equity markets, this is just another reason for investors to be nervous. When nerves take over, the strategy for market participants can turn into, “sell now, ask questions later”.

The May rally had been holding up well until selling pressure took off in the wake of the ECB meeting on Thursday. Since then selling has accelerated lower, with NASDAQ again leading the way in the underperformance. This is indicative of all the selling phases in 2022.

The selling pressure has been so severe that in just a few sessions, markets have wiped out all of the May gains and Wall Street indices are now trading below their May lows.

The S&P 500 futures (SP500ft) has broken below 3807 this morning. This is a 16-month low, but a close below the support tonight would be a significant moment. It would be the next step in what is a bear market trend of 2022 (S&P 500 futures are down over -20% since the January highs). Momentum on the daily RSI is bearish but not oversold. This suggests downside potential to the sell-off. The next support is at 3657/3720. There is a weekend gap up at 3895 which ideally needs to be filled and this is a basis of initial resistance now.

The outlook for the NASDAQ 100 futures (NAS100ft) is similar. It has also fallen and is trading back under its May lows now, below 11,490. A closing breach would continue the correction and open the next support at 10,650/10,940. Momentum is bearish without being oversold and this could give fuel to further selling pressure. The weekend gap is open at 11,820 as initial resistance. The consistent failure of rallies suggests that near-term rebounds remain a chance to sell.

Even the Dow futures (DJ30ft) are unable to escape this selling pressure. They are yet to fit the May low of 30,586. However, the outlook is very similar, and if the other major US indices continue to fall, the Dow will follow.

What could change all this?

In the very near term, the selling momentum is high and fear gauges are rising. The VIX has spiked above 30 but has room to run towards the 35/39 spike highs of previous sell-offs.

However, there is a Fed meeting on Wednesday and that is the next realistic event where meaningful support could form. A Fed that reacts to Friday’s inflation jump with a degree of calm may allow an easing of selling pressure. The dot plots for the path of rate hikes could be a key indicator here. Market participants will be concerned that the Fed funds rate projections move significantly above 3%. However, if this is not realised then it could give a degree of comfort that the reaction to Friday’s CPI data may have been overdone.