ECB with a slight hawkish lean but still very cautious

The ECB has come with a slight hawkish surprise in today’s monetary policy decision. However, the press conference suggested caution in tightening monetary policy. 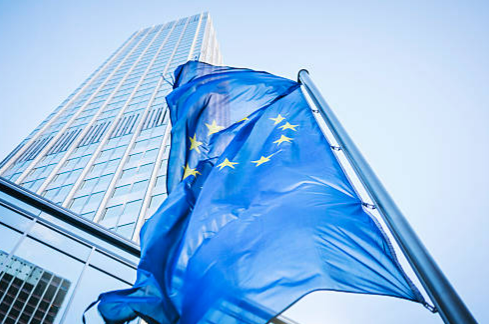 With inflation indicators soaring, the European Central Bank (ECB) monetary policy decision has shown the Governing Council to be slightly more hawkish. However, this does not seem to be a “whatever it takes” moment yet and there is an understandable degree of caution still.

The ECB has held rates steady today. This was entirely as expected:

As for its asset purchases, the ECB has previously signaled that its PEPP (Pandemic Emergency Purchases Programme) would be concluded at the end of March. Maturing purchases would be reinvested until the end of 2024. Once more, this was as expected.

However, there was more to be made from the asset purchases under its longer-term APP. Previously the ECB had said that it would be running asset purchases at €40bn per month in Q2, falling to €30bn in Q3 and then at a rate of €20bn in Q4 for “as long as necessary”.

The tapering has now been accelerated. The new purchases would be €40bn per month in April, falling to €30bn in May and €20bn in June. From Q3 onwards the ECB could end purchases if the inflation outlook is still elevated.

However, there was a minor tweak to the language on interest rates:

It was also interesting to see that the ECB has dropped its assertion in the February statement that it expected net purchases to “end shortly before it starts raising” interest rates. This, along with its acceleration of the APP taper to potentially zero and the potential for rate hikes in Q4 this year is the main (albeit mild) hawkish crux of the policy decision.

The staff projections have been updated in March and show that there has been a downward revision to GDP growth in 2022, and an upward revision to inflation expectations.

Here is the ECB graphic on the path of GDP over the projection horizon:

The war in Ukraine is seen as having a -0.5% impact on growth this year. Growth then stabilizes back around the previously expected trends.

Furthermore, the core inflation projection is also now very close to the 2% target over the projection horizon (there was no fancy graphic provided by the ECB on this). Core inflation for 2022 is seen as being at 2.6%, before falling to 1.8% in 2023 and back up to 1.9% in 2024.

“Longer-term inflation expectations have re-anchored at our inflation target”

This will have been a key case brought on the Governing Council to make the slight, albeit unexpected, hawkish lean in today’s decision.

Lagarde insists on being “data dependent”

That seems to be entirely sensible right now. It means that policy shifts could be seen either way and the ECB does not want to be too specific. However, it also suggests the ECB is still very cautious over tightening policy.

It suggests that the ECB is positioning itself to be able to be more hawkish and tighten rates, but is not ready yet to explicitly signal the move.

A rate hike could easily be seen later in 2022 (probably still Q4) but the ECB remains well behind the likes of the Fed, the Reserve Bank of New Zealand, the Bank of Canada and Bank of England in hiking.

The more hawkish than expected decision has driven bond yields higher. The German 10 year Bund yield (seen as a key benchmark) has jumped by between +5/+10 basis points since the announcement of the faster tapering of the APP.

However, it is interesting to see that the EUR has not been able to sustain the benefit of this. The EUR/USD pair initially jumped on the rates announcement but has then since drifted lower. The US inflation data was in line with expectations so has not been a significant driver. More likely, the broad trend of USD strength that has been a feature of trading once more today has taken hold.