The path of sentiment regarding the peace talks to de-escalate the Ukraine war is key for the near-term outlook for commodities. Read on to find out more. 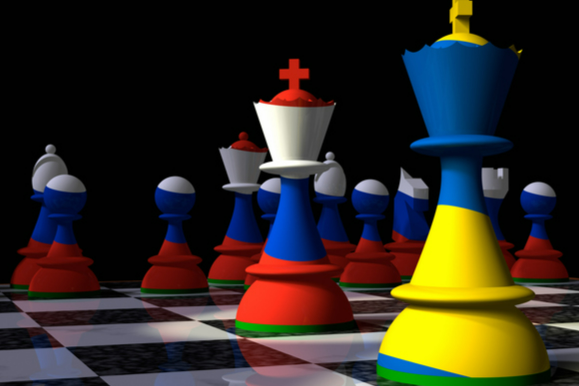 In recent weeks, swing traders (or at least the ones with a nearer-term outlook) will be looking at commodities as prime trading opportunities. Sentiment regarding the war in Ukraine has a decisive impact on the direction of commodities prices. Moves can last for several days, before swinging back the other way. Some commodities are more reactive than others.

The path of the war is key for commodities

Since the war broke out in Ukraine, we have seen financial markets reacting across asset classes. Treasury yields have risen and the US dollar (USD) has strengthened. Indices have been on a wild ride, first sharply lower and subsequently in recovery. And yet, whilst these asset classes have been impacted by the war, commodities seem to be the most sensitive.

Since war broke out on 24th February as Russian forces invaded Ukraine, there have been fluctuating bouts of sentiment. Prices for commodities have been linked to fluctuations. War premium initially saw commodities rising sharply. The potential for 10% of the global oil supply being restricted shot oil prices higher. Other commodities also ran up amid scarcity fears (palladium) and a safe haven premium (gold and silver).

Prices peaked in the second week of March as peace negotiations took place. Financial markets could finally see the path to an end to the conflict, even if its length was uncertain. Since then it has been the fluctuating progress of the negotiations which have pulled commodities higher and lower.

The latest move has been for a sharp move lower on commodities, unwinding some of the gains as Russia has said that it would pull back force from the north of Ukraine. The next move will be surrounding rhetoric of how much the Russians can be trusted. Could this be just a move to stall, regroup and redeploy Russian forces elsewhere? Ukraine is rightfully skeptical.

However, given the market reaction yesterday, it seems that traders are willing to jump on any bandwagon, especially in commodities, which continue to have elevated volatility. This gives potential to further wild swings in the days and weeks to come.

Oil and palladium are the most volatile

As we can see from the performance chart of commodities since the war started, there have been wild swings in oil and palladium especially. Platinum is slightly more restrained in its moves, whilst gold and silver continue to play out a far less volatile path.

Oil is tracking a path of correction

We have seen the oil price swinging back lower in the past week amidst the more constructive rhetoric over peace negotiations. A run of lower highs and lower lows has formed. However, a continuation of this direction will need to see further positive traction in the talks. Previous bouts of good news have tended to fizzle slightly for markets. This was one of the factors behind why oil rallied for a week in mid-March.

On a technical basis, on Brent Crude Oil (MT5 code: UKOUSD), we are watching the resistance band $113.40/$115.75.This is where the bull failures have been seen in recent sessions. A move above here would signal another swing higher. This would likely be driven by a souring of the talks. In the meantime, there is a path of correction for oil, back towards the three-month uptrend, which comes in at $102 today, c. -10% lower.

Gold and silver are broadly consolidating

Despite the apparent lack of volatility for gold and silver (at least compared to other commodities), there have still been some significant swings in recent weeks. However, latterly, the price moves have been far more contained and ranges are forming.

On Gold (MT5 code: XAUUSD), the Average True Range has been declining since a peak of $50 in mid-March. However, there is still an elevated sense of daily price movement, with an ATR of $31 currently. The key support band of $1878/$1895 will now be watched. There was an intraday test of this yesterday (in the hope of progress in the peace talks) only for the support to hold. It would suggest if there was tangible progress in the negotiations, then the support at $1878 would be breached. For now, the market is now ranging between $1890/$1966.

On Silver (MT5 code: XAGUSD) there is a slight corrective bias that is forming, with the daily RSI moving below 50 for the first time since early February. Support at $24.45/$24.70 was briefly breached intraday yesterday, only to rebound into the close. Despite this, there is a negative bias, which again would be accentuated if there were to be decisive progress in the peace negotiations.