A report looking into the outlook for equity indices. Markets are pushing on key resistance levels, but there are signs that another near-term pullback could be seen. It suggests that chasing breakouts may not be the best strategy for now. 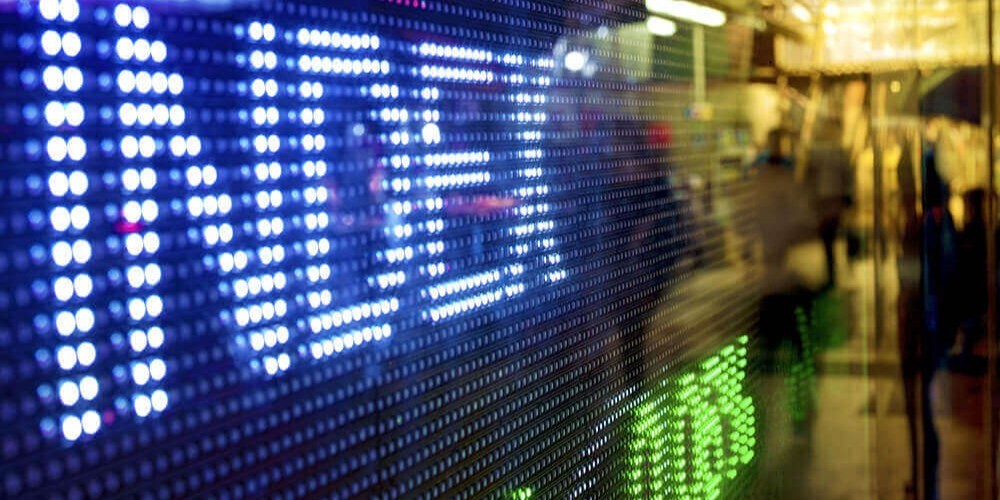 Successfully trading indices have come with a fairly standard strategy in the past few months. Looking to buy into weakness, whilst being wary of chasing breakouts. There was another wobble recently in the wake of the FOMC meeting, but the bulls are once more in the driving seat. However, whilst uptrends are intact and major indices once more push on key resistance levels, a few signals are appearing that suggest a cautious approach once more needs to be adopted.

Wall Street indices strong but this comes with a caveat

For the past week, we have seen Wall Street pulling strongly into new high ground once more. The bulls have had a great time of it. However, markets are now into areas where previous breakouts have been hit by profit-taking.

The NASDAQ 100 futures (MT5 code: NAS100ft) have run to an extent where once more the RSI is hitting around 70. In the past six months, each of the six times the RSI has been around 70, this has resulted in at least a period of consolidation, or more often a corrective phase. 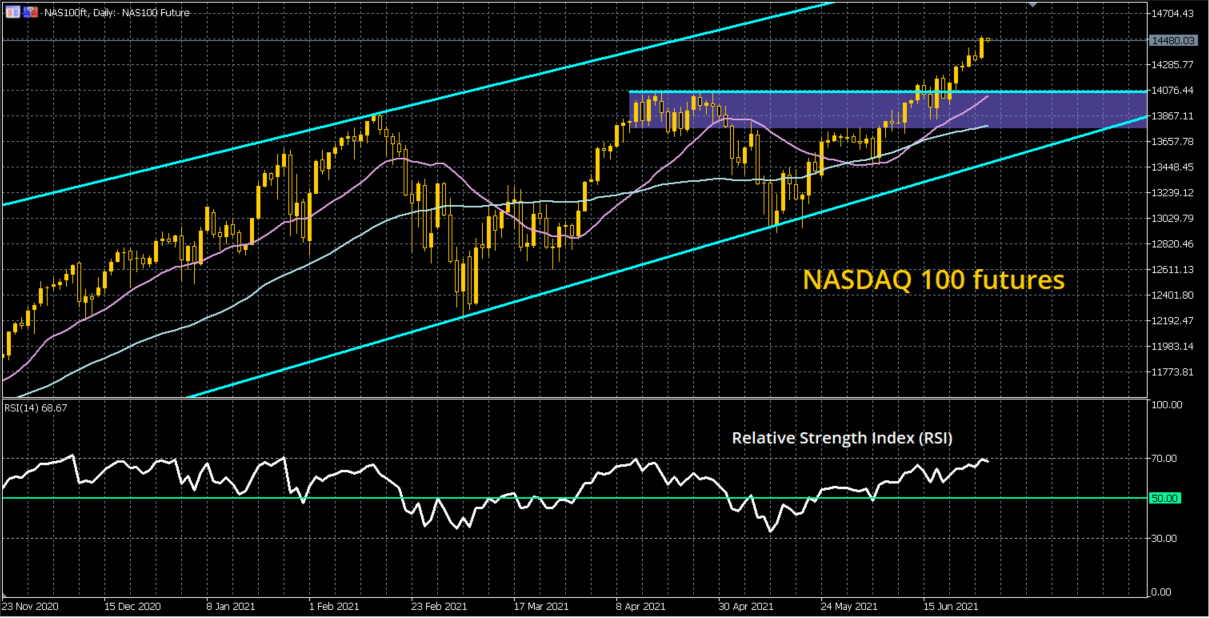 There is good support around  13,760/14,050 for a near term pullback. If support then begins to form it would represent a good area to look for the next opportunity to buy. The uptrend channel remains strong with the reaction low around 13,460 also around the channel low.

On the S&P 500 futures (MT5 code: SP500ft) the bulls have been less dynamic in the drive to new highs. We believe that the uptrend channel may be in a less decisive bull phase now and with the RSI again just beginning to falter around 60 (where it faltered a couple of weeks ago), this could begin to limit the upside. 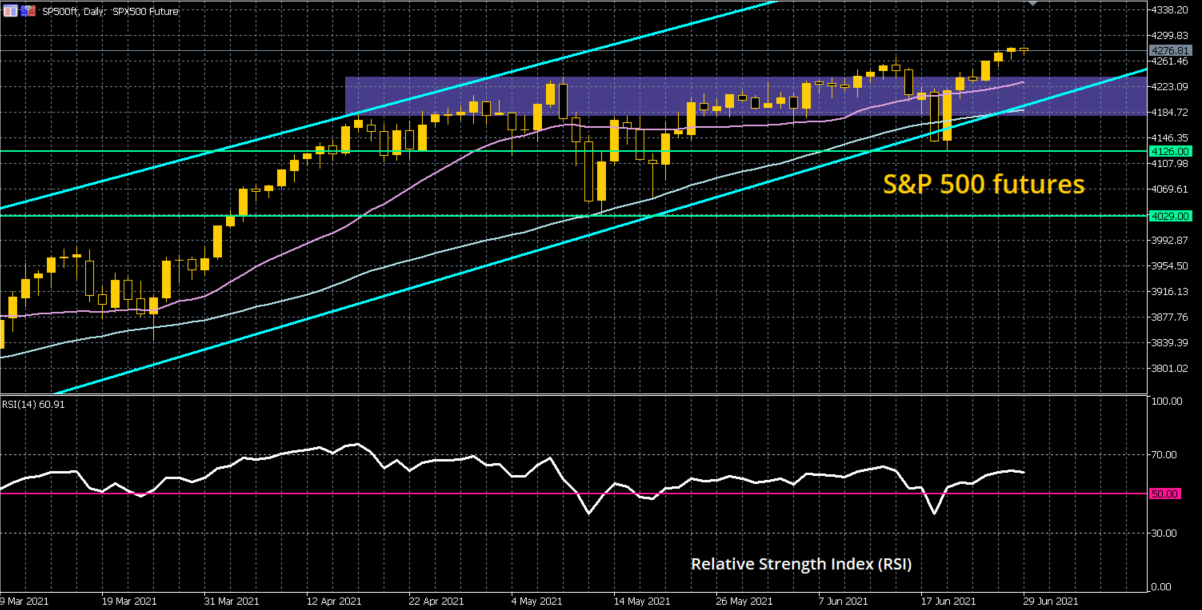 A notable feature of this bull trend channel is that the breakouts struggle for traction before a corrective phase hits. This latest breakout is coming with the bull candles losing magnitude and consolidation is threatening today. This may be the precursor to another pullback.

There is good support between 4185/4237, whilst the rising 55 day moving average (currently 4189) is also a strong gauge for support. We continue to back this bull run for a buy into support. Below 4126 and the bullish outlook is far less secure.

Uptrend channels are also still a feature of the European markets. However, there is a less bullish outlook here. Whereas on Wall Street markets have broken through resistance, in Europe the markets are struggling around the key resistance.

FTSE 100 (MT5 code: UK100) completed a bearish engulfing candlestick yesterday. This is a candle that is a rejection around resistance. We also note that there has been a subtle shift to a less decisive bullish outlook in this uptrend channel. Since March the  21 day moving average (currently 7097) has consistently been used as a basis of support. In the past week, the market has been seeing this more as a basis of resistance. 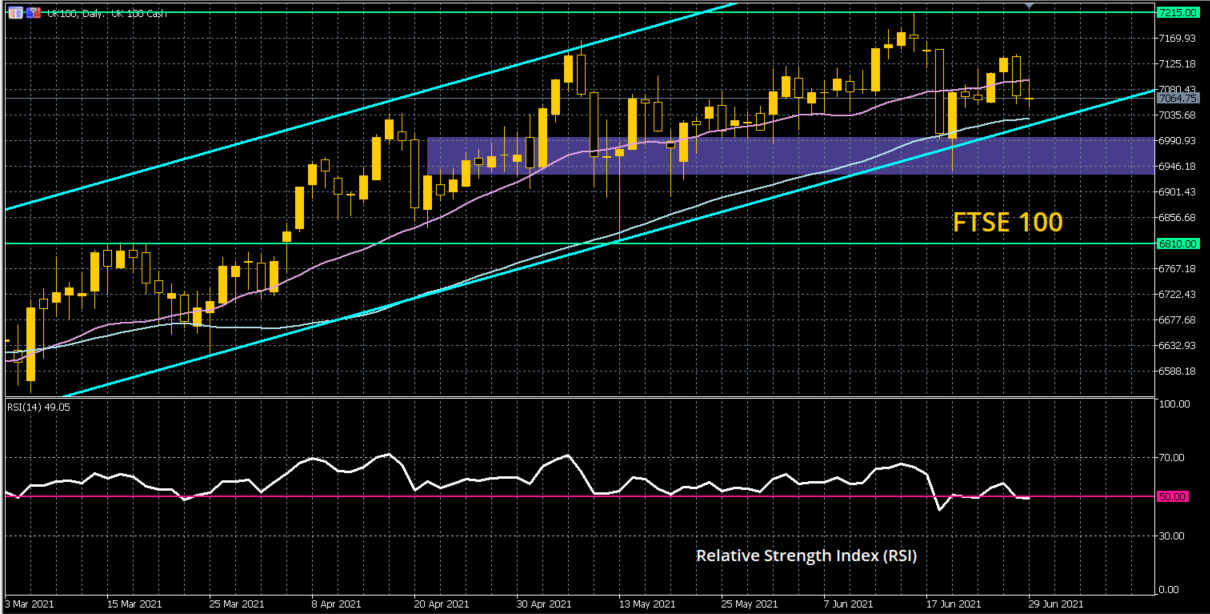 Given the bull failure at 7142 yesterday, and the RSI rolling over back under 50, this could be the development of a more ranging market that will put pressure on the channel support. The support band 6935/6995 is key now.

Finally, with the German DAX (MT5 code: GER30), there has been a choppy sideways range for the past six weeks, within the uptrend channel. Technically, the bulls are a little more in control than on FTSE 100. However, the RSI continues to struggle between 45/65 which suggests a tentative upside bias. 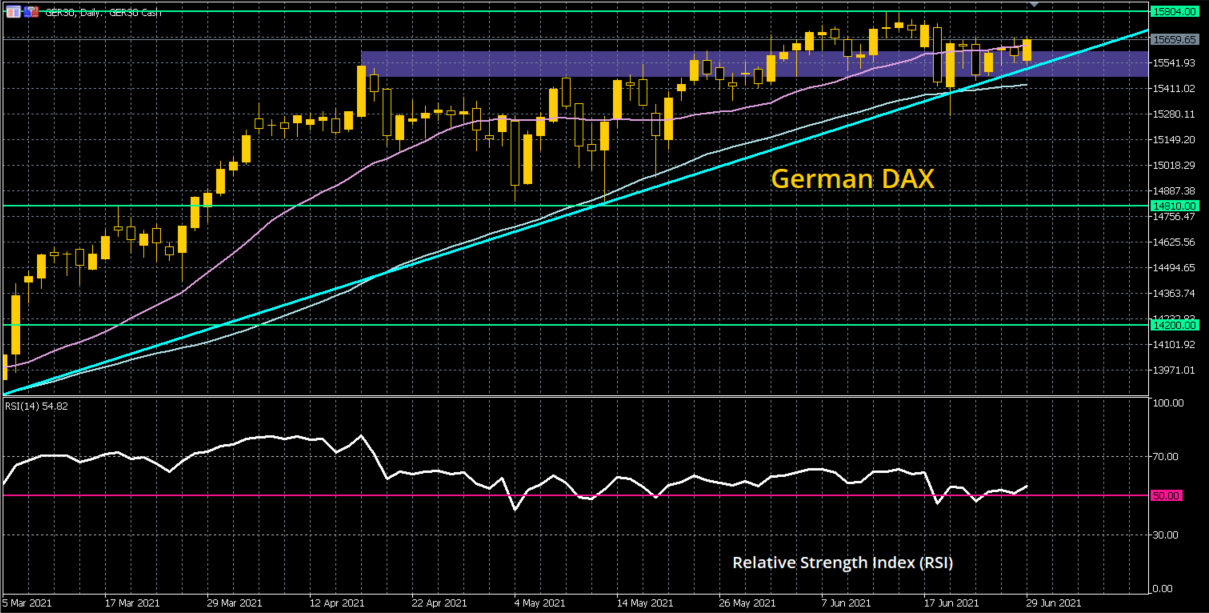 This is a bull trend that is once more subject to frequent pullbacks and needs a strategy to accommodate the lack of decisive breakouts. The market is hugging the uptrend now and has pulled higher this morning. There is a band of support 15,470/15,600 which the bulls need to hang on to now to sustain any real sense of momentum in the bull trend.

Equity markets remain positively configured, but chasing breakouts has tended not to be a successful strategy in recent months. Timing is crucial and we continue to favour buying into supported weakness.