After a huge wave of selling pressure a bear market rally is threatening on indices. However, rallies in 2022 have tended to be short-lived. 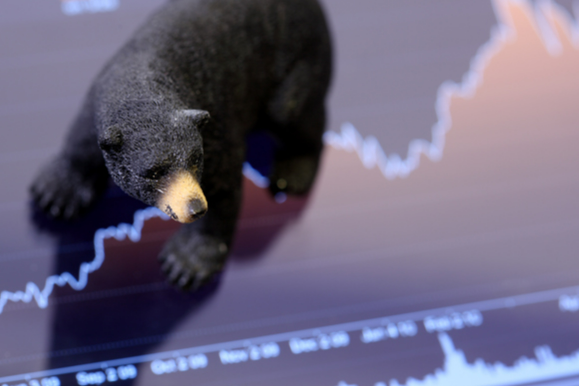 Market sentiment has been slammed in recent weeks. Selling pressure has been dominant for several weeks. A bearish outlook has prevailed amidst stagflation concerns, the Ukraine war, the supply chain impact of China’s zero-COVID strategy, and, of course, the aggressive FOMC monetary tightening. However, with inflation expected to be confirmed as peaking in the US, there could be room for a bear market rally. Trading in recent months tells us that rallies need to be treated with due caution as the sellers are still in control.

A medium-term bearish outlook in force

Equity markets have been feeling the heat ever since the turn of the year. Markets had already been falling before the war in Ukraine resulted in a surge of selling that lasted into early March. A subsequent technical rally allowed markets to unwind from oversold. However, the bearish fundamentals have been laid bare in recent weeks, driving markets back lower again.

The NASDAQ has hit the storm the hardest. Rising inflation, growth fears, and an aggressive FOMC monetary policy have resulted in investors shunning the expensively valued, high-growth tech sector. Supply chain issues continue to weigh and consumers are turning away from lockdown favorites such as Netflix and Peloton. The NASDAQ 100 futures are down over -20% in the year to date, into the bear market territory.

Even in performance over the past month, we see NASDAQ is the big laggard, weighing the S&P 500 too. European indices are also lower but to a much lesser extent. It seems as though in this bear market, the selling is much more aggressive on Wall Street than it is in major European indices.

Setting up for a relief rally?

However, the selling phase may be about to find some relief. We notice that the VIX Index of S&P 500 options volatility is now around elevated levels. The index is at levels where rallies have started to kick in in recent months.

In each of the past three instances of near-term technical rallies on Wall Street (December, January and March), the VIX has been around the low to mid-30s. It is currently around 32.

Traders may be looking for a catalyst, and it could come from a downside surprise on the US CPI (below 8% on headline CPI or below 6% on core CPI). Fundamentally, this would point towards the peak of inflation and less requirement for further aggressive monetary tightening from the Fed. This would be a relief to investors.

However, we would also say that these technical rallies throughout 2022 have been short-lived and given a renewed opportunity to sell in due course.

Rallies will have considerable resistance to overcome

As we said earlier, the rallies have tended to be short-lived on indices in 2022. Wall Street especially has broken below some extremely important support in recent weeks. This old support now becomes an area of overhead supply. There will be market participants sitting in positions overhead looking to square off their losses.

The S&P 500 (MT5 code: SP500ft) had a decisive breakdown below support at 4100 recently. This took the market to its lowest since April 2021. Momentum on the daily Relative Strength Index (RSI) is around levels where technical rallies have tended to take off in recent months.

There is big initial resistance at 4100/4140 initially to overcome, however, on a more near to medium term basis, a rally would need to break above 4260/4300 to suggest the move is anything more than a mild bear market rally.

Of the European indices, the outlook appears to be less severe. However, the bears are undoubtedly still in control.

We see the German DAX (MT5 code: GER40) tracking lower in a downtrend since the beginning of the year, but more recently a downtrend channel has formed over the past six weeks. Momentum is negatively configured without being overly bearish, however, does also suggest that the frequent mini bear rallies remain a chance to sell.

There is plenty of resistance lying overhead up towards the channel barrier which sits currently around 14,250. We also note the consistent resistance of the falling 55 day moving average (currently 14,070) since the beginning of 2022. It would need a break above 14,320 to end this run of lower highs and change the bearish outlook.