We look into the outlook for the RBA, BoE and ECB which will create elevated interest in AUD, GBP and EUR trades this week 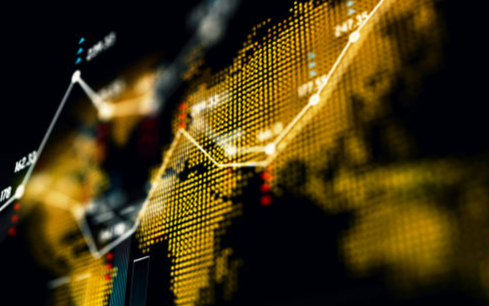 There has been a significant reaction across major forex pairs in the wake of the hawkish Federal Reserve meeting last week. There has been a sharp run higher on the US dollar (USD) which has significantly impacted the outlook for major pairs. However, the focus turns elsewhere this week as three major central banks are set to update their monetary policy. Any hawkish lean from the Reserve Bank of Australia (RBA, Bank of England (BoE) or the European Central Bank (ECB) will set up their respective currencies for a bounce back.

RBA to pivot away from being dovish

The RBA has been cautious with its path to monetary policy normalization. However, the pressure is mounting now for a change of tack. The labor market continues to tighten (unemployment falling to 4.2%) and inflation is strengthening. The RBA's current stance is that inflation will not increase until sustainably within 2% to 3%. The latest inflation data puts the Trimmed Mean rate (the RBA’s preferred measure) at 2.6%.

So this week there could easily be the next step forward in normalization. A cut to asset purchases from A$4bn per month to A$2bn is the most likely. Anything more than this would be considered very hawkish. Investment banks have pulled forward their expectation of the first-rate hike into Q4. This could be tightened further on any hawkish language from Governor Lowe.

This could all mean a short squeeze for the Aussie. Net futures positioning is still extremely short on AUD versus USD positions. This has plenty of room to turn around on any hawkish surprises from the RBA.

Looking at the technicals on AUD/USD, the main resistance is initially 0.7080/0.7130. Reaction to this 50 pip band of overhead supply will be key to how a recovery lasts. The RSI is already rebounding from stretched around 30. On a technical rally, there is plenty of room to unwind this position in the coming days.

The consensus of analyst expectations is looking for a second consecutive +25 basis points rate hike from the BoE this week. That would take the rate to 0.50%.

It must be said though that the market has got the last two BoE decisions completely wrong (looking for a hike in November when the MPC held firm, and expecting no change in December before the surprise rate hike).

Therefore, with money markets all but pricing a 25bps hike, there would be a big downside risk to GBP if the BoE surprised everyone (again) and held off.

Reaction to a hike of +0.25% would be determined by the voting numbers (expectation is that it would be 7-2 in favor of hiking), but any higher than this would hint at further hikes to come. The inflation and growth forecasts will also be watched. Again any significant upside revisions would be hawkish.

For GBP, unless the BoE fails to hike, we are looking at a recovery. The most upside would likely come versus JPY and CHF (low-yielding currencies). However, given the big recent sell-off versus USD, there is also room for a rebound on Cable this week.

On GBP/USD holding up above 1.3435 is the initial sign of support, but a move above 1.3525 would open for a much more significant recovery. We continue to expect GBP/USD to move higher over the medium term and this could be the start.

ECB remains dovish, but inflation could force a rethink

The ECB has continued to be dovish as other central banks have shifted their stance. Although the language around inflation has been tweaked (no longer considered to be “transitory”), this is doing little to support EUR for now.

The ECB will see little need to change stance quite yet either. The GDP data for Q4 showed only minor growth of +0.3% and the January Composite PMI a shade above 52 suggests a similar look to Q1 is forming. Inflation is also looking to be turning lower in January. As the base effects of last year drop out, headline CPI is expected to drop to 4.3% and December’s 5% may well prove to be the peak.

This will not especially help EUR versus major currencies that have central banks with far more explicit intentions of normalizing monetary policy. Near-term rallies on EUR/GBP continue to be seen as a chance to sell. Also following on from the breach of 1.1185/1.1220 key support area on EUR/USD recently, the way towards 1.1000 in due course is open. It is a pair that looks prime for selling into strength for now.