Home / IX Intel / Week Ahead: Inflation and flash PMIs in focus for majors

Week Ahead: Inflation and flash PMIs in focus for majors

We look ahead to the key events impacting markets in the coming week. Inflation and flash PMIs are top of the bill. 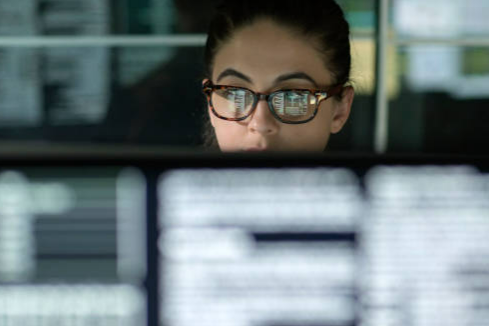 It is fairly quiet on the economic calendar with little market-moving US data this week. However, in other major markets inflation will still be in focus, with the UK, Eurozone, Japan and Canada all reporting CPI. Furthermore, the week does end on a more interesting note, with a slew of flash PMIs on Friday.

It is slim pickings for tier one US data this week. Industrial Production is expected to show marginal monthly growth of +0.2% which will pull the YoY data higher. Furthermore, consensus forecasts suggest there will be a marginal improvement in Capacity Utilization to 76.5% (from 76.4% in August) which would continue to move above the pre-pandemic level of 76.3% from February 2020. There are also expected to be marginal improvements in Housing Starts and Existing Home Sales.

Canadian core inflation has been rising sharply in recent months and is something that is adding to the pressure on the Bank of Canada to tighten policy. The sharp rising energy prices are certainly adding pricing pressures and any further increase to Canadian core inflation will add further wind to the sails of a rallying CAD.

The US flash PMIs are the key data point for the week. Traders will be looking to see if there is a continued settling of the Composite PMI which has been falling for the past four months but showed signs of slowing this decline last month around the 55 level (which indicates fairly solid expansion territory).

It is a week packed with inflation data. The UK CPI is first up, and last month’s spike above 3% on the core inflation is prompting growing calls at the Bank of England for potential policy tightening. Any further increases would add further weight to these calls and should help support GBP. Eurozone final inflation is not forecast to show any revision to either the core or headline inflation numbers from the flash readings a couple of weeks ago. Japanese core inflation is expected to move above zero for the first time since March 2020.

Flash PMIs will also be key for Eurozone and UK. The Eurozone has been playing catch up throughout recent months and saw the Composite PMI falling sharply in September. It will be interesting to see if it falls below the 55 level, which is around where both US and UK Composite PMIs are looking to stabilize. The German activity data and surveys have not been great recently and could be a key drag on the Eurozone-wide PMI reading.

Colombia continues to run a big trade deficit, (-$1.2bn in July), with China accounting for a huge 24% of its total imports, which were around 4% higher than compared to July 2019. Any increase in the trade deficit will add further downside pressure to the already underperforming Colombian peso.

Brazil’s current account deficit has been improving in recent months and has been helping to drive the recent recovery in the Brazilian real. BRL bulls will be looking for another positive monthly surplus which would continue to reduce the deficit which fell to just 1.2% of GDP in August.