Week Ahead: Central banks set for more hikes this week

The Fed is a massive risk event this week, but there are several other central banks also on the docket. The question is whether there is a slight easing in the need for aggressive hikes. How will this impact markets? 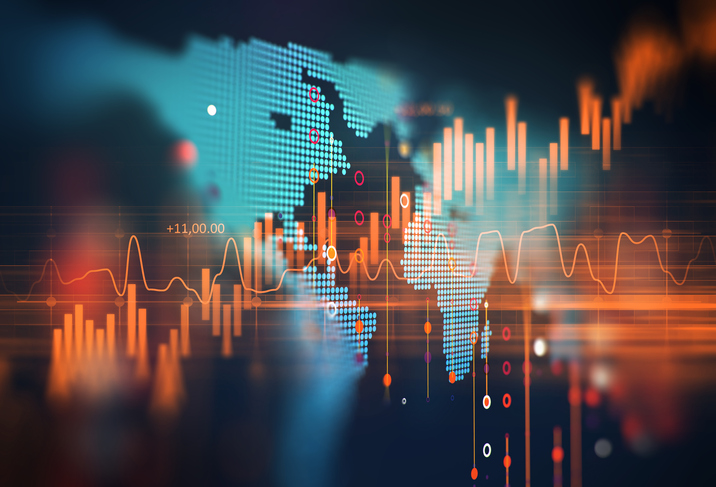 Traders will need to strap themselves in for wall-to-wall tier-one data this week. With four major central banks and one from Lat Am announcing monetary policy decisions, the focus will be on the extent of further rate hikes. The Fed is nailed on to hike by 50 basis points, but the Bank of England is also expected to hike too. It is also a week of retail sales and industrial production for several countries.

The Fed meeting will be the key risk event of the week. Inflation indicators have been turning lower in recent weeks and this has resulted in a slight easing of how aggressive the FOMC needs to be in its rate tightening. A 50 basis points hike is a given this week (with the expectation of a 75 basis points hike having reduced significantly), whilst markets fully expect another +50bps in July.

The question for this meeting is just how hawkish will moves be beyond that? Might there be a pause for thought in September? Anything that hints at a slightly less hawkish stance will weigh on shorter-dated yields and the USD will slip back. We are also watching for any tweaks to the economic projections and dot plots. Below we show the March views. Any reduction in the net positioning on the interest rate projections will also be market moving.

There is some data to watch for too. US Retail Sales are expected to show solid, if a little unspectacular growth in May, whilst US Industrial Production is expected to moderate slightly. After the deterioration in regional Fed surveys since the war broke out in Ukraine, the New York and Philly Fed readings are expected to turn more positive in June. This would point to a decent end to Q2.

A series of central banks are set to announce this week. However, the Bank of Japan and Swiss National Bank are still staunchly set in dovish mode, so we may be left looking for subtle changes. For the BoJ, the sharp weakening of the JPY will mean that traders will be looking out for any hints of intervention.

The real action may come from the Bank of England. The BoE is facing a tough prospect of ever more likely stagflationary forces. An extremely tight labour market is forcing wages higher but growth trends are increasingly sour. The Monetary Policy Committee is set to hike by 25bps but will it be unanimous and could it then be on pause over the summer?

Industrial Production in China and the Eurozone could be set for a slight rebound, however, negative readings are persisting in Q2.

The Central Bank of Brazil rates decision could be a moment just to ease back on the tightening. Year-on-year inflation for May dropped slightly more than expected last week, (from 12.13% down to 11.73%) and this gives the central bank room for slightly less aggressive tightening this week (50bps as opposed to the 100bps chunks seen in previous meetings).

Colombian Industrial Production and Retail Sales data are due on Wednesday. Manufacturing accounts for c. 11% of the economy, with services c. 60%, so the focus will be more on the retail side of the economy.