Home / IX Intel / USD has not reacted much to the hawkish Fed, but it will

USD has not reacted much to the hawkish Fed, but it will

Looking at bond markets, the reaction is coming to the hawkish Fed meeting. It is taking longer to see a reaction on forex, but a stronger US is still likely 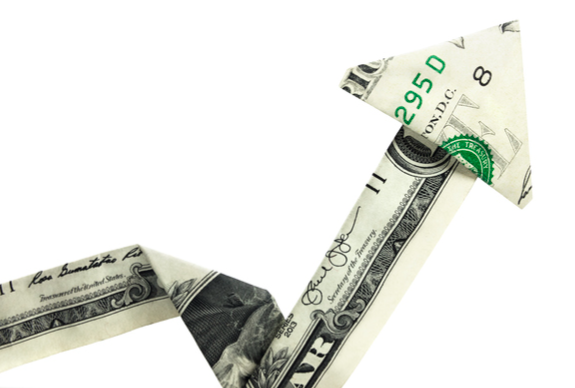 The FOMC meeting laid some important groundwork for what was likely to be the path forward for monetary policy tightening. This should have allowed the US dollar (USD) to build positive traction. For now, this move is on hold. We look at the implications of this.

Bond markets are re-pricing for the prospect of what looks to be a fairly determined tightening cycle by the Federal Reserve. This is most evident at the longer end of the curve (which we tend to look at the US 10 year yield to evidence).

Although there was a relatively delayed response (it took until Thursday for yields to make a move after Wednesday’s FOMC meeting), the US 10 year yield is now +17 basis points higher in a move that looks set to continue.

A move above 1.40% was key initially, but moving above 1.422% has opened the door to 1.554% which is the next key pivot level. As an aside, on a technical analysis basis, the underside of the old primary uptrend has previously been a barrier. It will be interesting to see if this is once more the case.

The hawkish aspect of this that should resonate through major markets is that the yield spreads are widening too. The spread between the yield of the 2 year Treasury and the 10 year Treasury has increased to its widest since early July. This is a decisive turnaround following 6 months of spreads narrowing. When bond yields are rising and the spread is increasing, this is referred to as a “bear steepening” yield curve. A bear steepening yield curve is consistent with USD strengthening.

Before the FOMC, we wrote that a hawkish Fed would induce a breakout on the USD. However, despite bond markets making a decisive move, this is yet to be seen on the USD. The Dollar Index is looking choppy and still stuck around resistance 93.44/93.72.

However, if bond yields continue to move higher and the yield curve continues to steepen, we would expect the US dollar to strengthen. Since 2020, the “real” yield has had an average correlation of +0.31 with the US dollar. Real yields moving higher are likely to drive the US dollar higher.

USD/JPY where the action is right now

Of the major forex pairs, USD/JPY tends to be the most reactive to rising US Treasury yields. Japanese bond yields go almost nowhere, so when US yields spike higher, there is a shift in the yield differentials. This change drives demand for the USD at the expense of the Japanese yen. We are seeing this right now in the pair USD/JPY.

Sharp moves higher in recent sessions have now broken the pair through resistance at 110.80 and this has opened 111.65 the July high. We now see good support between 110.30/110.55 to buy into supported weakness. The Relative Strength Index confirms the near term breakout and trades with upside potential for the move towards 111.65.

Elsewhere on major pairs, the USD price action is less decisive. EUR/USD is stuck under 1.1750 resistance and is eyeing a test of 1.1665/1.1685 support. However, the floor is still in place and holding, for now. We expect continued pressure on 1.1665 and a downside break would open the next key support at 1.1600. Whether 1.1600 support survives will depend on how far higher bond yields go.

The interesting price action is also coming with higher risk currencies in the major forex space. Aussie dollar is still vulnerable on an ongoing basis (due to the dovish stance of the RBA) but because there is a relatively positive risk appetite at the moment, AUD is holding up OK. We do not believe this will continue though.

With a more hawkish Federal Reserve being priced in, there are also key supply chain issues in China and iron ore (a crucial base metal for Australian exports) is also at risk of moving lower. This is all likely to continue to weigh on the Aussie and pull AUD/USD lower.

The more hawkish positioning of the Federal Reserve is being reflected in bond markets, but forex is yet to decisively react. We believe that it will and USD will see some strengthening as a result.