Inflation has jumped in the US with headline CPI above 8% for the highest level since 1982. However, markets appear to be reacting with some relief that it was not even higher. 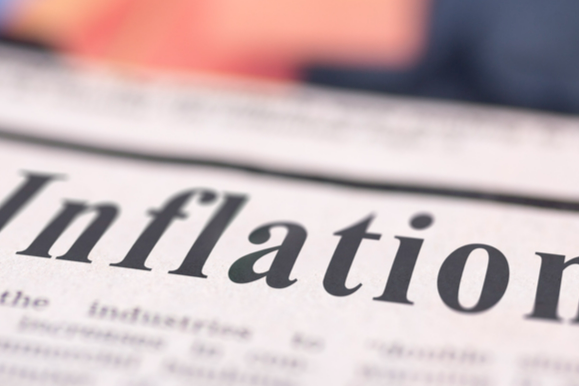 US inflation soars to 8.5% in March

Inflation continues to soar in the US. Today’s Consumer Prices Index (CPI) data showed headline inflation for March running at 8.5% year on year. This was up from the 7.9% in February and was slightly ahead of consensus estimates (which had been looking for 8.4%). The month-on-month increase of +1.2% was the largest since 2005.

The Core CPI (which strips out the volatile food and energy components) increased to +6.5% (from 6.4% in February) which was slightly less than the 6.6% consensus forecast.

The sharp increase in the oil price throughout March was a significant contributory factor to the jump in inflation. The price of West Texas Intermediate averaged $107.75 in March, which was an increase of around 18% from the February average WTI price of $91.45. The rise in gasoline prices attributed to almost half of the monthly increase of +1.2% in headline CPI.

Headline inflation is likely to be hot during Q2 and remain over 8% for the next couple of months. However, it is likely to start turning lower into the summer months, with the oil price showing signs of stabilizing and potentially turning lower.

Today’s data will only serve to firm the resolve of the increasingly hawkish Federal Reserve to hike aggressively and attempt to get a grip on these exceptionally high inflation readings. We can fully expect a +50bps hike at the next FOMC meeting at the end of April and another 50bps is likely again in June.

The issue would then become what does this aggressive tightening of monetary policy do to US growth in Q2 and into Q3. Analysts are not expecting a significant slowdown in growth, but the FOMC will be closely monitoring activity gauges in the coming months for signs of a slowdown.

Traders appear to be reacting to the slight negative surprise on the core CPI for the market reaction. The reaction seems to be a bit of a relief that inflation was not higher. Lower yields, a weaker dollar and support for risk assets have been seen. It will be interesting to see if this remains the lasting legacy of this data.

Although USD has reacted slightly negatively to this CPI data, we do not expect this to derail our outlook of USD strength and outperformance on major forex over the next few months.