Home / IX Intel / The Week Ahead: BoC, ECB and UK data in focus

The Week Ahead: BoC, ECB and UK data in focus

Despite a lack of FOMC steer, with two central banks and a clutch of UK data, there is much to impact on markets this week. Our analysis shows some key moves in forex. Read on to find out more. 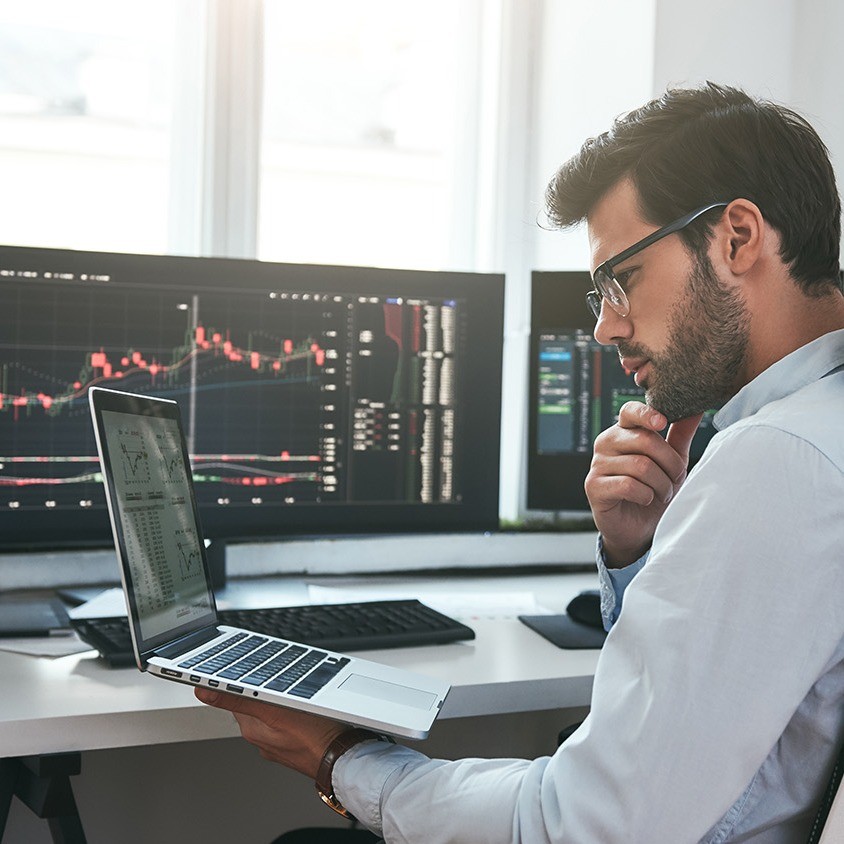 With the Federal Reserve into its “blackout” period ahead of the FOMC meeting next week and little US data of note, you could be forgiven for thinking it would be a quiet week. However, with two major central banks updating on monetary policy and a raft of tier one UK economic data, there is much to keep traders interested.

The BoC to taper asset purchases this week

The Bank of Canada monetary policy announcement is on Wednesday at 1500BST. A speech from Deputy Governor Gravelle in March guided markets to expect the BoC to begin to wind down its emergency liquidity programs. This gradual taper should begin this month with a reduction of C$1bn per month broadly expected (from C$4bn down to C$3bn of asset purchases).

The Canadian dollar (CAD) has underperformed major forex in the past few weeks with a slow vaccine roll-out and growing 3rd wave of COVID. However, positive traction for CAD is now forming against USD, dragging USD/CAD lower. The meeting on Wednesday could give added momentum to this move, and means that 1.2365 could come into view again.

On Thursday, the European Central Bank meeting (policy announcement at 1245BST, President Lagarde’s press conference at 1330BST) will be another central bank to play it straight. In the March meeting, the ECB moved to front-load its PEPP purchases for three months. There will be little change to this move.

Eurozone bond yields have consolidated after February’s sharp rise (falling US Treasury yields have also played a role), so there is little need to do more at this stage. ECB President Lagarde has been known for her gaffs in previous meetings, but she will just try to keep her head down and say as little as possible this week.

Although the third wave of COVID is still taking its toll across the Eurozone, vaccine programs are accelerating and there are signs in the data that a Q2 economic recovery may be belatedly forming. This is helping EUR to build support now and adding upside pressure to hold above 1.20 area on EUR/USD.

There are three key announcements of UK data this week, laying out a picture of unemployment, inflation and retail sales. Headline unemployment is expected to edge higher from currently 5.0% in January to 5.1% in February. This is the likely continued path throughout the summer as the furlough scheme is eventually would down in September (presuming no further lockdowns).

Wednesday’s CPI inflation could be interesting. After February’s data was surprisingly low read, March could swing the other way. It may be in April where the big jump is seen (due to 2020 base effects). Also, we will see a similar story for March’s Retail Sales. Positive PMI data and credit card sales suggest March will be the beginning of a big retail bounce back. Traders may though look past any disappointments knowing that April and May's retail sales are likely to be big.

Coming just for the end of lockdown may be an excuse to look past any disappointments, whilst the impressive vaccinations program is still a key focus for GBP traders. GBP/USD has picked up again after a wobble recently. If Cable can breakout through 1.3920 key resistance it would be an outlook changing move this week.