The factors to consider with Brent Crude oil stuck at $90

The fundamentals continue to look strong for further upside in oil. However, the price has stalled in the past week and a near-term bout of profit-taking is threatening. 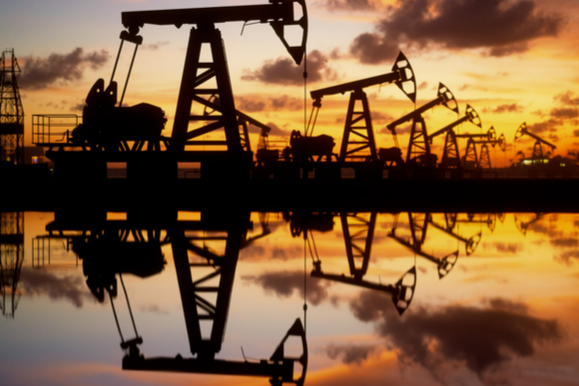 For just over a week, oil has been stuck in a range. Trading strongly higher over the past six weeks amid several fundamental factors, the price has now become stuck around $90. Whilst there is still room for upside (some have been calling Brent Crude for $100), we cannot rule out a near-term bout of profit-taking that may allow better entry points for longs.

In its monthly meeting on Wednesday, OPEC+ has decided to continue with the existing monthly rises in production. The 400,000 barrels per day increase was largely expected by the market. It was concluded in a record short meeting which took just 16 minutes to conclude.

However, markets are increasingly looking past these decisions and looking more at the compliance of OPEC+ states to meet their production quota. In this, OPEC+ is failing to deliver. Only a few members, such as Saudi Arabia have the spare capacity to boost the overall output.

Back in December, OPEC+ only increased by 90,000 barrels. Increases by Saudi were offset by losses in Libya and Nigeria as the African states struggled with domestic issues. Libya is having to cope with local militia negatively impacting production, cutting hundreds of thousands of barrels per day. Perhaps crucially too, Russia is also struggling to increase its output, despite an increase to the OPEC+ quota. This may indicate that Russia is pumping at full capacity for now. All of this lack of supply increase has played a role in boosting the oil price recently.

There are other supply issues too. The oil price also comes with a “war premium”. According to OPEC+ sources, prices are being pushed higher by the tensions between Russia and Ukraine at the eastern European border. The fear of a disruption to energy supplies into Europe.

Demand for oil is increasing

To compound the lack of increase in supply, there is also evidence of demand increasing too. Demand is increasing in the US. Stockpiles unexpectedly fell last week, with a decline of-1 million barrels (after an expectation that there would be an increase of +1.1m barrels).

The US is again in the midst of a cold winter, with the National Weather Service forecasting parts of the Northeast to be hit by another major winter storm in the coming days. This will further boost demand for oil as a substitute for eye-wateringly expensive natural gas.

OPEC+ is already forecasting that demand will reach pre-pandemic levels in the second half of 2022. This all adds up to a raft of positive fundamentals for oil.

These bullish fundamental factors have certainly driven prices higher in recent weeks. Investment bank Goldman Sachs suggests that $100 for Brent Crude is on the way. However, the past week has been characterized by consolidation and loss of momentum for oil.

Brent Crude Oil (MT5 code: UKOUSD) has posted five consecutive sessions of consolidation and indecision (marked by small-bodied candlesticks moving sideways). The market initially pulled higher on the OPEC+ decision but has pulled back since. There is an early selling pressure today which if confirmed in the US session would be a warning signal of further near-term weakness.

This pullback is again breaking a six-week uptrend (which we have already re-aligned once due to intraday breaches in the past couple of weeks).

The threat of a near term correction is growing. The falling away of the Relative Strength Index (RSI) momentum indicator is compounded by a sell signal on the Moving Average Convergence/Divergence (MACD) indicator – where the green bars fall below the signal line.

We are now looking for a close below the recent range low at $88.40. This would complete a small top pattern and open a correction back into the $86.65/$85.05 band of support.

Given the strong fundamentals, we believe that there is still further upside to be seen in oil in the coming weeks. However, a near-term bout of profit-taking is threatening. We would look to use any weakness back to support as a chance to buy again.