Selling pressure on EUR as crucial support is tested

Looking at the EUR crosses for major currencies, there are several that have fallen to crucial support levels. Another lurch of selling pressure could come soon. 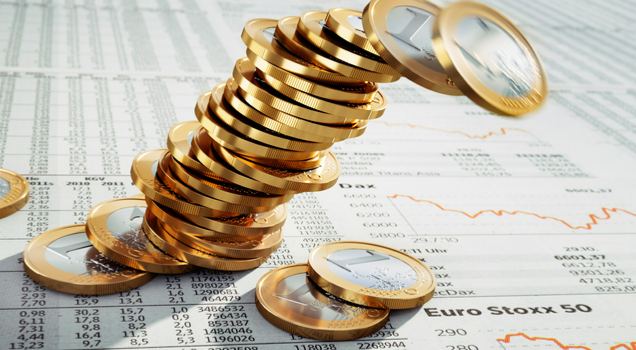 Since Russia invaded Ukraine, the euro (EUR) has been the big underperformer of the major currencies. This underperformance continues today and is showing no signs of turning around. The longer the Ukrainian conflict goes on the longer the EUR is at risk of underperformance. The charts of EUR crosses are testing and breaking, some crucial levels of support.

Two intraday breaches of the old January low of 1.1120 have been seen this week, but no closing breach. The market is again below 1.1120 today and a close below the old support would confirm the continued weakness.

We can derive downside targets from the December to February trading range. A conservative target of 1.0880 to as much as 1.0760 is implied for the next three months. Momentum is not prohibitive to this move, with a negative configuration on the Relative Strength Index but not yet below 30. The November sell-off took the RSI to 25 before a technical rally set in.

EUR/GBP stands on the brink

The EUR has struggled for performance against the GBP for several months now, with a key downtrend forming since August 2020. However, the downside move is now testing crucial support at 0.8275. This has been a floor for EUR/GBP since the UK’s Brexit referendum (June 2016). It is a support that has been tested to the pip this morning.

This was a support that survived tests in December 2016, April 2017, December 2019, and February 2020. So far the support has survived this morning, but the pressure remains strong. Momentum on the weekly chart is very negatively corrected for continued downside. The weekly RSI shows further downside potential, whilst the daily RSI is also still in the high 30s, so has plenty of room to go in a near-term sell-off.

On the daily chart, we can see that the big risk is a spike unwinding move higher, but we would be looking for any technical rally to sell into strength. There is the resistance between 0.8300/0.8335 initially, with 0.8380/0.8405 more considerable resistance overhead.

Looking at the cross of the two big movers on this Russian invasion (EUR and AUD), we see an enormous move lower on EUR/AUD. The cross has been unrelenting in its move lower in the past few weeks and has accelerated lower since last week, breaking the key support at 1.5250. Already the cross is at its lowest since November 2017.

It is deeply oversold (with the RSI at 21 on the daily chart), but the move is not stopping. There may well be some kind of kickback against this move at some stage, but not for now. The next support is not until the 1.48/1.50 area.

EUR/JPY a moment of respite but remains under pressure

We highlighted EUR/JPY for a sharp downside move a couple of weeks ago as the Russian troops were massing at the border of Ukraine. This move has played out with a decisive move lower on EUR/JPY to test the key support at 127.40.

There have been a couple of intraday tests of this support in recent days, and so far the support remains intact. However, given how other crosses are testing and breaking their supports, the near-term rebound on EUR/JPY may be short-lived. Once more we have RSI momentum negatively configured but not oversold. This points to continued downside pressure. A breach of 127.40 would open downside towards 126.00.