A report looking into the continued US dollar positive bias that is impacting across major forex. We consider the outlook for the technical analysis of major currency pairs. 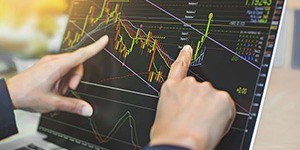 Ever since the FOMC meeting a couple of weeks ago, there has been a US dollar (USD) positive bias to major forex pairs. This has had a key impact on the outlook for medium-term technical analysis and has required a change in strategy of how to trade major pairs.

Continuing to favour near to medium USD positive bias

Since the FOMC meeting, the USD has been the major currency of choice. USD continues to outperform major currencies as we approach Friday’s Nonfarm Payrolls report.

It is interesting to see that this is not being especially driven by bond markets. Usually, we would expect to see a re-pricing of expectations on interest rates being driven through higher bond yields. However, US Treasuries have done little since the FOMC.

It is interesting to also see that USD has been gaining whilst this move has played out. Usually, there is a strong positive correlation between USD and real bond yields. It would seem, not for now.

Despite this then, USD strength is playing out across forex majors. The chart of major currencies measured against USD shows that USD strength continues to play out. In the two weeks since the day after the FOMC (as the dust is settling) we see USD outperforming all major currencies.

Taking the chart of the performance of majors measured against USD, several themes emerge. One such theme is that EUR and GBP are struggling.

Looking at the technical analysis for EUR/USD we see a big broad range between 1.1700/1.2350. Within this, there is a mid-range pivot band of resistance 1.1940/1.1990 lending a negative bias. A decisive close below 1.1845 would open the range lows. Momentum is negative and near term rallies look to be a chance to sell.

GBP/USD is also now holding a negative bias within a broad medium-term range. The failure around 1.4000 pivot resistance is opening downside pressure on 1.3785 support. A decisive close below this support will ramp up pressure on the crucial 1.3670 support. Once more, near term strength towards 1.4000 looks to be a chance to sell.

Once more looking at the relative performance chart of the major currencies, we see JPY and CHF at the bottom. These are the ultra-safe haven plays that also have central banks that are the furthest away from tightening monetary policy.

On the technicals, USD/JPY continues to trend strongly higher and has broken out again today. The six month uptrend support and rising 21 day moving average (another basis of support) comes in around 110.20, whilst there is now a strong band of support to use to buy into weakness between 110.45/111.00.

Looking at currencies that are weathering the USD strength storm relatively well, we find NZD and CAD.

The Kiwi has fared OK so far, with NZD/USD holding on to the key medium-term support which is now 0.6920/0.6965. The USD positive bias is a drag on the pair and may mean continued testing of this support band for the near term. Resistance is growing at 0.7095 but for now, the support is holding.

Finally, with the Canadian dollar, the currency which has been the best performer of the major currencies, the seven month downtrend on USD/CAD remains intact despite this recent technical rally. The USD rebound may be able to break the downtrend, but there is huge resistance in the 1.2460/1.2520 area to prevent a sustained recovery.

For now, still, favour medium-term CAD outperformance and USD/CAD moving lower, but how the near term USD rally plays out will determine whether this view needs to be changed.

Near term USD strength continues to impact major forex. We favour a continuation of this move and how pairs react around key levels could be crucial for the medium-term outlook too.