With yields moving higher again, the risk is that USD follows suit. This would have a key impact across major markets. 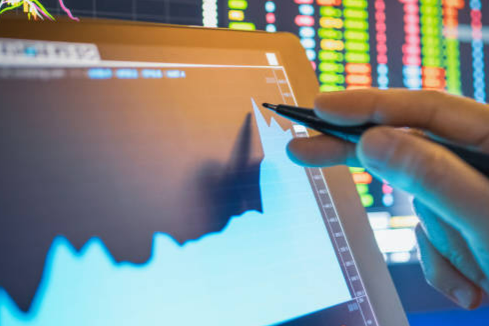 The improvement in market sentiment in the past couple of weeks has taken hold amidst subdued US bond yields and a corrective slide on the US dollar. As we approach the mid-point of the trading week, this improvement in sentiment is being tested. If it breaks, the impact will be felt across major markets.

The big September risk sell-off came amidst the backdrop of rising US bond yields and a strengthening of the dollar. Yields increased on the expectation of monetary tightening by the Federal Reserve but also growing fears that inflation may not be as transitory as the central bankers believe.

October has been relatively calm for bond yields and the US dollar (USD) has been slipping back. A broader positive risk appetite has allowed a sharp rally to take hold on equity indices, major forex to recover versus the USD, and commodities recovery.

Yesterday’s sharp move higher on the US 10 year yield to a new five-month high threatens this risk recovery.

For now, though, the USD remains in corrective mode. However, yesterday’s intraday rebound and mild gains today hint at the potential that the USD could begin to pull higher once more.

The Dollar Index has pulled back above the breakout support at 93.72 again (despite an intraday breach yesterday there was no close below the support). We would be looking for a rebound above the near term lower high at 94.17 to indicate USD bulls taking control again.

If yields move higher and USD strengthens again, this would be negative for market sentiment. This would show:

The signals to watch on major markets for renewing negative sentiment

On GBP/USD we are looking at how the support at 1.3710 holds. A breach would suggest a bull failure and break the recovery trend support. It would also suggest the bigger 4-month downtrend re-asserting again.

The reaction on AUD/USD would also be very important. Aussie has been recovering well in the past couple of weeks. The key medium-term resistance at 0.7475 has been breached. However, the recovery momentum looks a little stretched near term. The trend support (on the four-hour chart) comes in around the latest breakout support 0.7420/0.7440. If this were to be broken, with the four hour RSI below 50, it would be a key warning signal.

A rally on Silver (MT5 code: XAGUSD) would be most at risk. The key support to watch here is the higher reaction low at $23.00. A breach of this support would break the run of higher lows and the recovery uptrend. Below 50 on the RSI would also be a warning signal.

Gold (MT5 code: XAUUSD) is harder to gauge, seeing as there is a support that comes in when sentiment is negative. However, rising yields and a rising US dollar are both drivers of negative pressure on gold. We see increasing importance near term of the $1745/$1750 support. Interestingly, gold has once more pulled towards the near to medium term pivot around $1780 once more today, leaving it very much neutrally configured on a medium-term basis.

The S&P 500 futures (MT5 code: SP500ft) rally would likely come under scrutiny. The recent breakout above 4470 was a key move. To sustain a decisively positive outlook on this recovery, support above 4470 would be very encouraging. There may be a slip back into 4420/4470. However, any close below 4420 would neutralise the outlook once more.

European markets have been consolidating for the past few sessions now. The rally on the DAX (MT5 code: GER30) faltered around 15,600 but is still holding on to 15,450 as a support area. Closing under 15,450 would suggest a loss of upside momentum. Below 15,265 would renew corrective pressure.