Majors at mid-week: USD correction stalling ahead of Powell

We look at where major markets are positioned at mid-week. Markets are looking pensive with Fed Chair Powell’s Jackson Hole speech looming large. 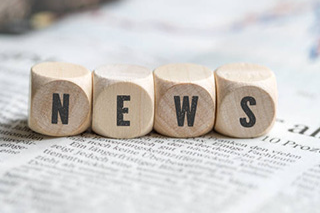 At the mid-point in the trading week, major markets are looking pensive once more. . With heightened reaction to Fed speakers, traders are gearing themselves up for what looks to be a crucial speech by Fed Chair Powell at Jackson Hole on Friday. If the technicals are anything to go by, US dollar (USD) strength looks set to resume with commodities sold into strength. Indices look set for further gains but beware of profit-taking.

USD correction has played out, ready for renewed gains

The USD has been paring gains since the end of last week. Robert Kaplan, who is one of the more hawkish FOMC members, spoke of concern that the impact of the COVID delta variant may cause the Fed to pause on its path to tapering asset purchases. Since then, the Jackson Hole Economic Symposium has become a virtual event, reflecting further concerns over the spread of COVID.

However, as we approach the mid-point in the trading week, this USD corrective slip has stalled. There is certainly a degre of uncertainty over how Fed chair Powell will present during his speech for Jackson Hole on Friday. We cannot discount the risk that he may not lay out the path to reducing the Federal Reserve’s $120bn per month asset purchases at all. Despite this, markets are still primed for further USD strength. At least, that is what the technicals are saying on major forex pairs.

GBP/USD is in a similar position, with an unwinding rally stalling around resistance in the band 1.3730/1.3800. A 3 month downtrend and falling moving averages add to the outlook of selling into strength for a retest of 1.3570. The key caveat to this would be if Powell says very little on Friday.

We also see commodity currencies unwinding recent selling pressure. A hawkish Fed is negative for risk, positive for USD and means that the likes of AUD/USD would be bearish. An unwind within a 10 week downtrend channel looks to be a chance to sell as the resistance approaches.

Given the increased potential for Powell to be cautious on Friday, it is understandable that major pairs may not see a period of consolidation. However, we believe that Powell will signal something on tapering in his speech on Friday. There will be enough to continue the recent USD positive bias. However, if he is cautious, then we need to prepare for a continued correction in USD.

As we highlighted yesterday, commodities have benefitted from the USD pullback in recent days. However, this is still likely to simply be another chance to sell. Already we are seeing the rebound stalling and this is coming around key resistances and overhead supply of old key support.

The outlook for Gold (MT5 code: XAUUSD) is in the balance though. Gold suffers on a strengthening USD, however, Fed tightening is risk negative, which attracts flow into gold too. A rally over the past couple of weeks has gone further than we have been expecting. However the resistance of a 3 month downtrend is still there, whilst the RSI is falling over again around the mid-50s (similar to May/June). A close below $1774 would be the trigger for renewed selling.

We are also keeping an eye on a huge rally in the past two days on oil. For Brent Crude oil (MT5 code: UKOUSD) A massive bullish engulfing candle started the move on Monday and continued sharply higher yesterday. This move has again gone further than we expected in recovery but has now begun to stall. There is a band of resistance between $70.30/$72.30 which is worth watching now, as the 55 day moving average (a medium-term trend indicator) begins to roll over just above. The RSI has also unwound to 50. We would look for renewed selling on oil if Powell signals for the taper on Friday.

The bull move on S&P 500 is difficult to back against. Buyers are happy to support any corrective move of around 3 to 5 days currently. The latest move to all-time highs reflects this. However, there is an understandable stalling in the past session or so, as traders get prepared for Jackson Hole.

US indices rallied strongly early in the week due to the dovish comments from FOMC’s Kaplan. No steer for the taper from Powell and we would back the S&P 500 futures (MT5 code: SP500ft) to continue to grind higher for at least another few weeks. The risk would be that a hawkish Fed induces some profit-taking on equity markets.