Home / IX Intel / Is sentiment turning around? The indicators to watch.

Is sentiment turning around? The indicators to watch.

We look at the key markets and indicators that will help to determine whether risk appetite can sustainably improve once more. 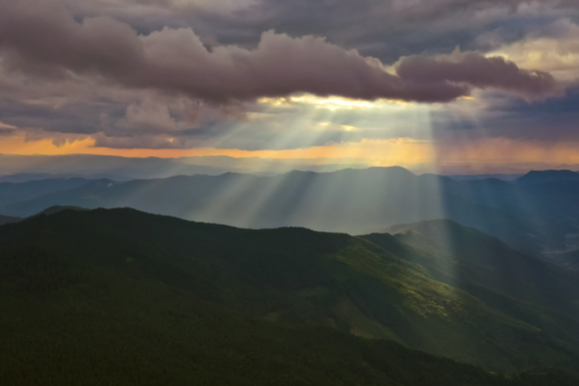 Just as selling pressure was mounting yesterday, a whole raft of positive factors came together to help support risk appetite. The result was a rebound across equity markets and risk positive assets such as the Australian dollar and Silver. We consider the market indicators that will determine whether a key turning point has been reached; determining whether the improvement in risk appetite can continue.

Bond yields need to settle down

Since the hawkish surprise of the September FOMC meeting, bond yields have been pulling sharply higher. This has also come with a “bear steepening” yield curve, where shorter-dated yields have risen less than longer-dated yields.

The pace of the steepening is something that has hit sentiment (traders fear rises when bond markets make sharp moves). However, there are signs in the past few days that these sharp moves are settling down.

The 10 year yield (which has been leading the curve steeper) has been settling down, unable to close above 1.55% and is back lower early today. This hints at some sort of moderation in the move.

The oil rally needs to reverse

The steep rally in oil (and other energy products such as natural gas) has driven fears of an energy crisis. This would be risk negative. However, there was a double move yesterday that has put the brakes on the oil price rally.

Russian President Putin suggested they would increase the supply of gas into Europe (thus easing gas price rises). Furthermore, the US is considering releasing some of its oil reserves to balance the spike in oil demand that has taken hold recently amid a switch out of gas into oil.

Oil has reacted lower already. The price of Brent Crude (MT5 code: UKOUSD) is down -4% from a multi-year high of yesterday. Technically it has also formed a “bearish engulfing candlestick” which is a powerful trend changing signal. The RSI has crossed back under 70 (which is a basis momentum profit-taking signal. However, there is initial breakout support in the range of $79.60/$80.80 which has prompted buyers early today. We will be watching the reaction around the six-week uptrend (which comes in at $79.10 today). A breach would suggest a test of $77.30/$78.40.

US dollar rally needs to ease

Rising yields have helped a US dollar (USD) outperformance. A sharp uptrend of the past four weeks has formed, helped by the FOMC decision. Interestingly, this trend has been less strong as yields have begun to settle. If this trend on the Dollar Index begins to break, then it would at least hint at consolidation, maybe even with a correction back towards the 91.20/93.70 support area.

We are watching the Aussie dollar to be an indicator here. If AUD/USD can rally above 0.7315 then this would be a sign that USD is losing near term traction. The Aussie is considered a higher risk major currency and is a risk appetite gauge.

Indices have been suffering in recent weeks. Forming lower highs and lower lows as the moves have unwound them back towards some crucial medium-term support areas. However, these areas held firm yesterday and a rebound has set in.

Now, these indices need to start breaking these lower highs to suggest a technical improvement is being seen.

The S&P 500 futures (MT5 code: SP500ft) is close. A close above resistance at 4388 would be a one week high. If this also came with the RSI moving decisively above 50 it would suggest that the bulls are starting to get more of a grip on the market once more. It would open further recovery potential towards the late September key lower high of 4471.

The German DAX (MT5 code: GER30) held support at 14,810 to the tick yesterday but has a lot to do to engage a recovery. The lower high is at 15,267 which needs to be breached. Momentum on the four hour chart is already picking up above 50 for the first time in over a week. However, the daily chart suggests that a run of positive candles in the coming days needs to be put together to have more of a sustainable feel to recovery. This is one major market that we feel would be vulnerable if renewed selling pressure took hold. That makes its recovery even more important.

There are a few signs of improving sentiment for markets. However, we have shown that more needs to happen before risk appetite can sustainably improve once more.