Home / IX Intel / Gold is decisively higher, but is it a false upside break?

Gold is decisively higher, but is it a false upside break?

Gold has broken out above key resistance. However, there is a lack of conviction with the move, due to a decoupling of traditional correlations. This lends a sense of caution with the breakout. 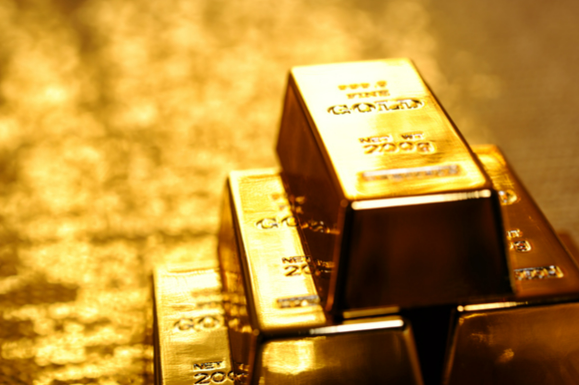 Gold has been rising in recent weeks but has to sustain positive traction. That was until a spike higher yesterday which broke the price to eight-week highs. The move higher in gold has come as the US dollar (USD) has been weakening since the beginning of December. However, there are questions over how sustainable the breakout is.

Yields are not driving gold, for now

Treasury yields may have started to consolidate in the past 24 hours, but it is the direction lower of inflation expectations that is most interesting. Market participants are seeing the inflation signals peaking (even as the headline CPI has risen to 7%) just as the Fed is to embark upon a tightening cycle. This is pulling expectations of future inflation lower. If this continues it will continue to pull the “real” yield higher.

Interestingly, for now, the gold price is not being driven by the “real yield”. For now, the correlation has shot higher into positive territory, as gold and the real yield have both been rising.

However, we believe that this will only be a near-term phenomenon. For the past two years, the average correlation has been a very strongly negative -0.58. It would suggest that this spike into positive correlation will not last. Seeing as we continue to expect real yields to move higher, this should begin to weigh on gold.

The USD correlation is key for gold right now

The other key correlation for gold, historically, has been the USD. As can be seen from the chart below, the average correlation between gold and USD has been -0.39 over the past couple of years. This is considered strongly negative. The current correlation is around -0.57.

The weakening of the USD since December has been supportive of gold. We expect the USD to continue to slip lower.

Technicals suggest caution with the breakout

The two fundamental correlations for gold are not in sync right now, and this has helped gold higher. However, we are cautious with the breakout yesterday. Not only because of the decoupling of gold from its traditionally strong negative correlation with real yields. But also on the technicals.

Gold (MT5 code: XAUUSD) has rallied in recent weeks. However, for the past 7 months, the market has been trading in a broad range between $1720/$1877. There has been the occasional move towards the extremes, but mostly the market has traded between $1750/$1834. Within this, moves towards 60/63 on the Relative Strength Index (RSI) have limited the upside and the market has then begun to retrace.

It was interesting to see yesterday’s breakout to $1844 not confirmed on the RSI with a similar breakout above 63. The market is consolidating this morning.

This is an important moment for the breakout. If support can now form above the old breakout resistance at $1829/$1832 then the move will be confirmed. However, a quick retreat back below the breakout could then quickly drag the market back lower to engage a mean reversion within the range once more.

Given the lack of confirmation on the breakout (along with the market going against the long-held negative correlation with real yields), we are mindful that this could be a false breakout on gold. Resistance is initially in place at $1844 and reaction to $1829/$1832 support will be key. It is an important few days ahead for gold.