Boris Johnson has survived a vote of confidence. However, his position is increasingly precarious. Political risk is fairly minimal for now, but it could increase in the weeks and months to come. 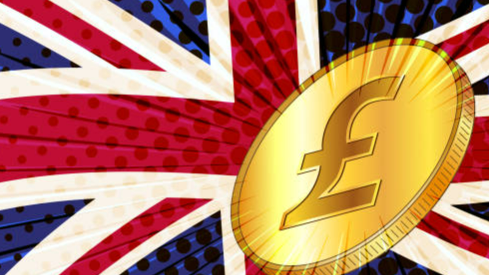 On Monday evening, the UK’s Prime Minister Boris Johnson had to endure a vote of confidence in his leadership of the governing Conservative Party. He won the vote, but at what cost? Johnson has survived for now, but he is wounded, damaged by the opposition to his leadership. Several factors could tip him over the edge.

How did it come to this?

Boris Johnson won the 2019 General Election by a stonking majority of 80 seats in the House of Commons, securing 43.6% of the public vote, which was the highest for any party in 40 years.

However, beset by divisive policies (sending illegal refugees to Rwanda), sleaze (attempting to change Parliamentary rules on lobbying to save an MP from the sack) and law-breaking (attending several parties at Downing Street during COVID lockdowns), Johnson’s popularity has significantly waned.

On Monday morning it was announced that 54 of the 359 Conservative MPs (15%) had submitted letters of no confidence in Johnson’s leadership. This triggered the evening’s vote.

The result spells trouble down the line for Johnson

Boris Johnson won the vote by 211 votes to 148. All of the Conservative MPs voted and there was a majority of 59% in favour of him staying on and 41% against.

However, when you drill down into the numbers, the issue becomes far more serious for the Prime Minister. 170 MPs are on the Government's payroll and have an improved salary/importance directly due to the Prime Minister appointing them. These are the Ministers, Parliamentary Private Secretaries, Trade Envoys and the Party Vice-Chairman. Taking that 170 away (although admittedly some may have voted against the PM in a secret ballot) this leaves potentially only 41 backbench MPs that could have backed Johnson.

148 MPs voted against Boris Johnson. This suggests that there is a significant opposition on the back benches against him. Perhaps even worse, several of the “payroll” votes could have turned against him and could be resignations in waiting.

History is not on Johnson’s side

Having won a confidence vote, Johnson is now safe from another vote against him for the next 12 months. However, history tells us that winning a vote of confidence guarantees nothing:

No one is expecting Johnson to resign. However, he is significantly damaged by this and even if his backers are unwilling to admit it, he is skating on very thin ice now.

There are two important by-elections to be held in June. These could be make-or-break moments for the embattled Prime Minister.

Senior Conservatives are fearful that they could lose both seats as the backlash against Boris Johnson not only plays out in Westminster but also in the country too. Defeat in one or both of these constituencies would significantly ratchet up the pressure on Johnson.

There is also a Parliamentary enquiry into whether Johnson lied to Parliament (and thus breaking the Ministerial Code). This is expected to conclude in the autumn. If this goes against him, it would also be extremely unlikely that he would survive as Prime Minister.

The ball is now in the court of the Cabinet. If there is an enormous swing against the Conservatives in the two by-elections, then we could start to see Cabinet Ministers resigning. This could be the moment that the death knell sounds for Boris Johnson’s leadership.

It is our view that Johnson will limp on until the bitter end. Also, the end could be just that. Given Johnson’s acceptance to change the rules to suit himself (he is trying already to change the rules on the Ministerial Code in case the Parliamentary investigation goes against him), he will stop at nothing to debase the position of Prime Minister or that of Parliament to save himself.

The big question is whether he comes under the threat of senior Conservatives pushing him out before all that.

What does this mean for political risk and GBP positions?

For now, the market reaction has been limited. Boris Johnson is relatively safe in his position as Prime Minister. However, as we have laid out, this could change. There will be significant uncertainty surrounding Boris Johnson’s leadership. It will not go away.

The chart of GBP/USD below shows that GBP has been choppy since the vote was announced on Monday morning. However, there has been little sustainable reaction.

As can be seen, the only real reaction came with the initial announcement that the vote was taking place. The result has had little sustainable impact on GBP. However, this may change in the coming weeks.

There has been talking of Boris Johnson forcing a General Election to test the country’s faith in the leadership and to threaten rebel MPs back into line. If this becomes more than mere murmurings, then this will increase political risk and be negative for GBP.

To end with, here is a good graphic from Vanda Research laying out the various scenarios and the political risk potentially impacting GBP: