Looking at the final revision to Q2 GDP, an upward revision seems to have been overshadowed by another surprise increase in jobless claims 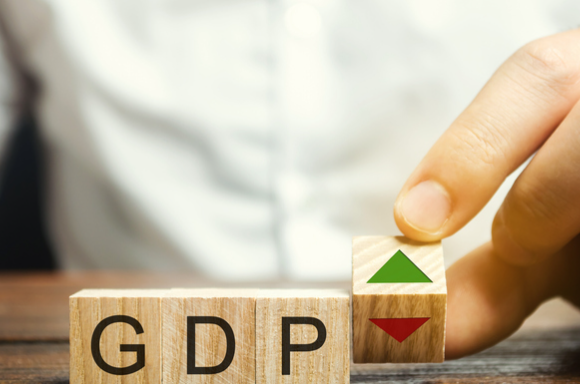 US GDP another upward revision for the final reading

US growth in Q2 was further revised higher at the final reading with US GDP (Q2 Final) coming in at +6.7%. This was higher than the consensus forecast which was for +6.6% which would have been unrevised from the Prelim (2nd reading) of +6.6%.

According to the US Bureau of Economic Analysis, the higher growth came due to upward revisions to personal consumption expenditures, exports and private inventory investment. This more than offset an increase in the level of imports (which are a drain on GDP calculation).

Weekly Jobless Claims unexpectedly increased last week, with claims rising to 362,000 from 351,000 last week. This was despite the consensus forecasting a decline to 333,000. This is also the first time since April 2020 where claims have risen for three consecutive weeks (albeit only marginal increases have been recorded).

Although the Fed members (such as Mary Daly yesterday) have been noting the improvement in the labor market, they will be mindful of the weekly data continuing to go the wrong way.

Overall, a better than expected growth performance in Q2 is encouraging at a time where the Federal Reserve is positioning to tighten monetary policy. However, as data announcements go, this is almost as backwards-looking as you can get (being almost 3 months old, whilst Q4 starts tomorrow), so will be quickly looked past for more current data.

Weekly jobs data has disappointed for the third week in a row, and markets seem to be focusing more on this current data than the rather old news of Q2 growth.

GDP better than expected is positive for USD, but traders are looking more at the weaker than expected weekly jobless data. Subsequently, we see a mild USD negative reaction to the aggregate of both data sets. This will do little to change the bigger trend of USD strengthening that has developed in recent sessions.