After a few days of selling pressure, the US dollar has started to strengthen once more. With Treasury yields rising and indices mixed, sentiment is cautious ahead of Nonfarm Payrolls. 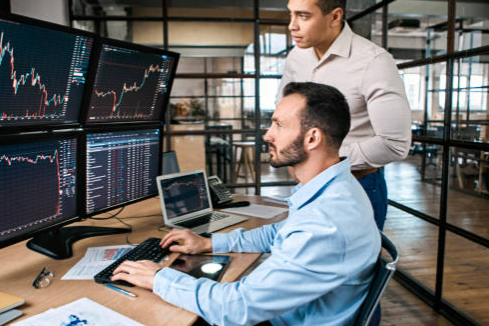 Market sentiment has turned cautious again. Wall Street sold off into the close last night as US Treasury yields have started to rise again. This comes despite renewed corrective pressure on the oil price after the announcement from President Biden that the US would release 1 million barrels per day from its oil reserves. Despite the reduced inflationary pressure that would come with lower energy prices, bond yields are higher again as the focus is turning back to the Federal Reserve tightening monetary policy. With that, traders will be eyeing today’s Nonfarm Payrolls. Another strong report today would further cement calls for more aggressive tightening.

Approaching the US jobs report, markets tend to be cautious, and today seems to be going that way. Indices are mixed and there is a hint of USD strength through major forex, whilst commodities are slipping back again.

There are two key data points on the calendar today, with flash Eurozone inflation and the Nonfarm Payrolls report. Eurozone inflation is expected to increase significantly in March, with the headline rate up to 6.6% and core inflation increasing to 3.1%. Any upside surprises would ramp up EUR volatility. The payrolls report is expected to show another 490,000 jobs growth in March, after a strong February too. Upside surprises well above 500,000 would drive USD gains but also watch for wage growth to rise to 5.5%.

The Treasury yield curve continues to flatten: The 2s/10s spread has hit zero this morning (although is slightly positive now). Shorter-dated yields continue to rise faster than longer-dated yields, and the curve is inverted between 3 years to 10 years in the “belly” of the curve.

Russia/Ukraine headlines: Ukraine is apparently retaking ground in the north, whilst Russia is reportedly looking to redeploy forces into the Donbas region in the southeast. There are no new updates on the peace talks.

The US to release oil reserves: It has been announced that the US will release 1 million barrels of oil per day from its oil reserves. The release from its Strategic Petroleum Reserves (SPR) will last for six months. This will go towards making up for the shortfall of around 3 million barrels per day (according to the IEA) from Russia due to sanctions.

Cryptocurrency falling again: Bitcoin has slid backward in recent days and is c. -2% lower again this morning. The price is now back into the breakout support band of $44,500/$45,800.

Broad outlook: is looking slightly cautious ahead of Nonfarm Payrolls.

Commodities: Precious metals are ranging with a slight near term corrective bias, as oil remains under near term selling pressure.