Sentiment is looking negatively biased on Monday morning as the USD continues to strengthen and indices slide lower once more. This comes despite a further move lower in the oil price. 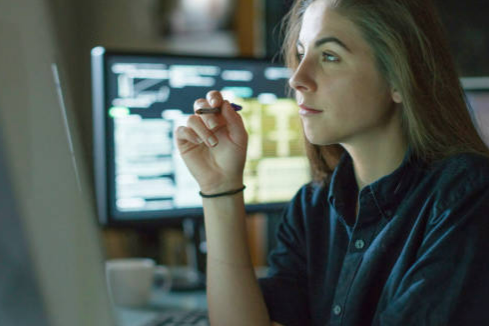 The Ukraine war could be about to enter into a new phase of aggression. Russian forces are supposedly in the process of redeploying to the eastern regions of Ukraine. This could be the precursor to a renewed offensive over the coming weeks. According to reports, Russian President Putin is looking for some sort of victory to celebrate on 9th May which is national “Victory Day” in Russia.

Elsewhere in financial markets, we see US Treasury yields rising once more and the USD strengthening. This is weighing on sentiment in equity markets, whilst the oil price is falling away once more. Inflation is a theme in the coming days, whilst there are several major central banks to watch out for too.

However, it is a quiet start to the week on the calendar for the rest of today. However, the focus will be on Fed speakers and perhaps most specifically on Michelle Bowman. Bowman is a permanent voter on the FOMC and is historically seen as closely aligned to the thinking of Fed chair Powell. This may indicate where the Fed chair’s current views might be.

Market sentiment has a negative bias this morning: Indices are lower and the USD is strong again as Treasury yields move higher.

Treasury yields are higher again: After a phase of consolidation at the end of March, the US 10 year yield is now continuing solidly higher again. It is another +4bps this morning and is currently 2.74%.

Weekend Russia/Ukraine headlines: Russian forces are in the process of redeploying to Eastern Ukraine, with Vladamir Putin reportedly giving himself a target of a victory to celebrate on 9th May which is the Victory Day holiday in Russia.

French election moves into a run-off: The two leading candidates from the 2017 election are again in the run-off for the Presidency in 2022. The vote to elect either Macron or Le Pen will be on the 24th April. The outcome looks to be growing ever tighter.

China COVID lockdowns: With China still struggling to get a handle on COVID outbreaks, the negative impact on economic growth amid city lockdowns is growing.

Cryptocurrency is again lower: With risk appetite turning negative, we have seen crypto faltering in recent sessions. Bitcoin has been pressured lower and is another -1% this morning towards $42,300.

Forex: The Japanese yen is the big underperformer as US yields breakout again. However, the commodity currencies (AUD, CAD especially) are under downward pressure. EUR is holding up well and is stronger today.

Indices: Markets look to be selling into near term strength for a test of key support areas.