There has been a shift in market sentiment over the past day. A decline in US bond yields has weighed on the USD and allowed risk appetite to improve. However, key barriers to the continuation of the improvement lie ahead. 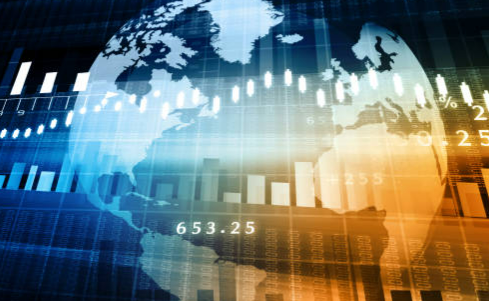 There has been a shift in broad sentiment in the past 18 or so hours. A strong US PPI should have strengthened inflation expectations, however, US bond yields have fallen. There is talk of short covering on US Treasuries (i.e. the practice of buying back overstretched short positions). This is pulling US yields back lower and the USD is suffering from profit-taking as a result. This is showing through on major forex pairs such as EUR/USD and especially on GBP/USD. This is also impacting equity markets too. Lower yields are better for risk appetite and growth indices such as the NASDAQ have pulled higher. This has also been reflected in a rebound in European indices such as the DAX.

However, there are question marks over the sustainability of this move. Already this morning, we are seeing these nascent recoveries slipping. This comes as key resistance on indices left during the recent declines, lies overhead. Reaction over the next 24 hours will be key. Add in the bulk of tier-one data, headlined by the ECB meeting, and it could be an important run-up to the Easter holidays.

The economic calendar is packed with important data today. Top of the bill is the ECB monetary policy. The Governing Council will not be changing rates, but the hawks are growing in voice in the battle against inflation. This may induce a hawkish lean on the winding down of the Asset Purchase Programme, whilst the signal for a first potential rate hike will also be eyed. The US consumer is also in focus, with US Retail Sales (expecting only a small monthly increase) and prelim Michigan Sentiment (expecting a small deterioration).

Market sentiment has improved, but is it sustainable?: Indices rallied on Wall Street and European markets are ticking higher today. The paring of USD gains is also being seen again this morning. Oil is also just easing back.

Australian unemployment slightly misses improvement: The headline rate remains at 4.0% which was higher than the expected improvement to 3.9%. The participation rate also did not improve to where the consensus had expected, remaining at 66.4% (66.5% forecast). The AUD has suffered slightly, as a result, this morning.

The Fed’s Waller talks about inflation peaking: Waller is a voter in 2022 and a hawk on the FOMC, believing that inflation is pretty much at its peak. He does though favor aggressive hiking now, with +50bps in April and May, and possibly again in June and July, wanting a neutral rate (c. 2.50%) during the second half of 2022.

Cryptocurrency higher with the improved risk appetite: There was a decisive rally yesterday as crypto continues to be positively correlated to broader risk sentiment. Bitcoin has rallied to above $41,000 although is consolidating this morning.

Broad outlook: Market sentiment improved since the US session yesterday. This comes with lower bond yields, a weaker USD, and indices rebounding.

Forex: The USD has pared gains since yesterday, with key levels approaching on several major pairs.

Commodities: Precious metals rally remains on track despite consolidation this morning. Oil is just easing back from sharp gains in the past 48 hours.

Indices: Markets have rebounded but the moves need to continue as near-term rebounds have been a feature of the correction in the past two weeks.