After another big upside surprise in US CPI, markets are increasingly pricing for a potential 100 basis points Fed rate hike in July. The USD has strengthened once more and this is weighing across asset classes. 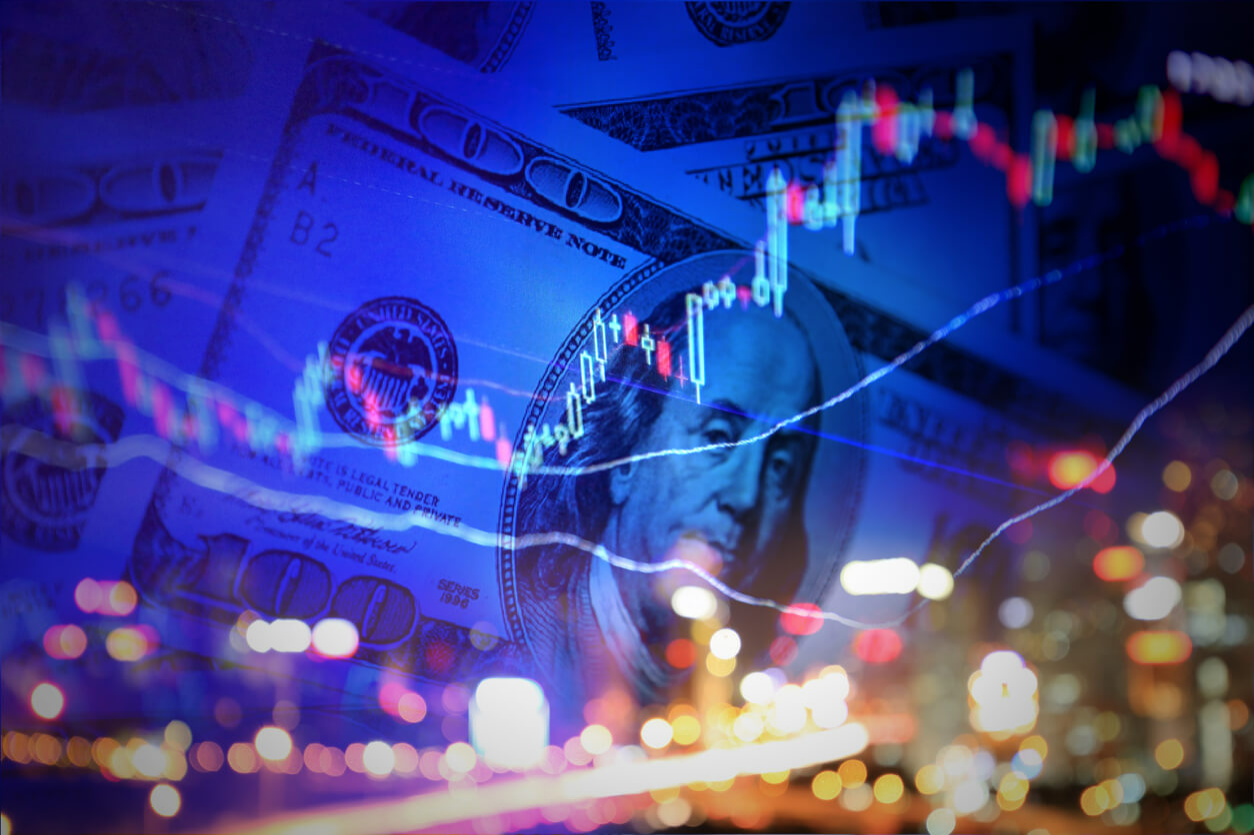 Market sentiment has taken another jolt as yet again US CPI inflation has surprised with a hot print to the upside. Moving above 9% on the headline CPI is a 40-year high and is moving markets. Fed funds futures markets had been solidly pricing in for a 75 basis points hike in February. The way markets are moving, this is now looking increasingly likely that 100 basis points will become priced in. How the Fed reacts now will be key. Fed speakers have been non-committal on the prospect of 100bps, but this could change over the coming days. Christopher Waller is speaking today and will certainly be watched.

Markets were choppy in response to the US CPI. Initial USD strengthen then reversed, but now there is a USD positive bias once more this morning. Parity on EUR/USD has been tested for the past two days and is close again today. It is difficult to see the support holding if talk of 100 basis points from the Fed grows. Equity markets have been sliding in recent days and US futures are again lower today. Similarly, we see commodities which continue to move lower, as the Brent Crude oil price drops back to $100.

US inflation is again the focus on the economic calendar today. This time it is for US factory gate prices or the US PPI. After the big upside surprise in the CPI yesterday, will there also be an upside surprise in the PPI? Weekly Jobless Claims will also be eyed, as claims have been trending higher in recent weeks. Upside surprises in jobless claims will be a concern for the Fed as inflation continues to rise. Also, watch out for a speech by the Fed’s Waller. Any hints of a push for a 100 basis points hike in July will make the headlines.

Market sentiment is mixed to negative today: Markets were choppy in the wake of the US CPI but there is a USD positive/risk negative bias once more taking hold.

Treasury yields mixed since US CPI: The US 10yr yield closed lower last night despite the huge CPI surprise. Shorter-dated yields have increased, with the 2yr rising sharply. This has widened the negative spread (inversion) of the 2s/10s to c. -0.25%. This is seen as a signal of an upcoming recession.

Australian unemployment falls much more than expected: June unemployment fell to 3.5% (3.8% expected, from 3.9% in May. AUD is outperforming today.

Italian political risk: A vote of no confidence in the government today could bring PM Draghi’s reign to an end. This would increase negative pressure on EUR.

Cryptocurrencies holding up well: Despite the hints of renewed negative risk appetite, crypto is holding up well for a second day. Bitcoin was +1% higher yesterday and is over +1% higher again this morning, rallying towards $20,000 again.

FOMC’s Waller to speak at 1600BST: Waller (permanent voter, very hawkish) will be in focus in the wake of inflation rising above 9%. Markets will be looking for any push for a 100bps hike for July.

Broad outlook: There is a mild USD positive and risk negative bias this morning.

Commodities: Precious metals remain under selling pressure whilst Brent Crude oil is testing the medium-term range support of around $100