There has been a kickback this morning against recent USD strength and the big equities sell-off. However, this comes ahead of the crucial FOMC meeting later. 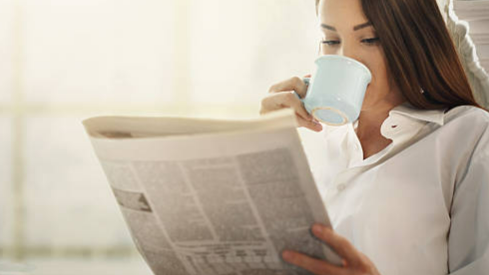 Major markets are looking a little more stable this morning, but this may not last long. It could be the calm before the storm, with a crucial Fed meeting later today. In this morning’s price action there has been a slight unwinding of recent USD strength as US Treasury yields drop slightly, also allowing indices a degree of support. There is also a rebound on the EUR coming from the announcement of an emergency ECB meeting today that will discuss the issues created from widening core/periphery yield spreads. It will be interesting to see if this is a turning point for EUR performance, if not against the USD, but against other major currencies.

All eyes will be on the Fed meeting later today. Until last week this could have been a reasonably predictable meeting of the FOMC. However, this has all changed following the jump in US inflation. Markets have quickly priced for a potential +75 basis points increase and it means there is significant uncertainty over just how hawkish the Fed will be. There is a room for disappointment at a 50bps hike which would weaken the USD and rally Wall Street. But any hawkish lean in the dot plots could leave any such move being short-lived. Whatever the decision, the uncertainty will lead to volatility across major markets.

The Fed dominates the economic calendar today, however, it is not the only important announcement. US Retail Sales will also be keenly watched in the afternoon, with slight monthly growth expected in May, whilst a recovery in the regional Fed survey, the Empire State Manufacturing is also expected. Earlier in the day, Eurozone Industrial Production is expected to show a month-on-month improvement in April.

Market sentiment improves ahead of the Fed: USD unwinding some gains, indices are higher. The question is whether this recovery can last through the Fed meeting later today. It would at least need the Fed to disappoint the hawks looking for 75 basis points.

Treasury yields slipping back slightly: Early moves lower yesterday turned sharply higher into the close, so traders will be cautious to call a turning point. The Fed meeting will be key, at least near term.

Emergency ECB meeting supports EUR: The EUR has been under pressure due to widening core/periphery spreads since the ECB’s monetary policy meeting last week. The ECB will meet today to discuss “current market conditions”. Markets are taking this as a signal for action on the widening spreads. This has helped to support EUR today.

Cryptocurrencies remain under pressure: The big sell-off shows little sign of turning around. Bitcoin is down again, by -4% on the day and is around $21,000.

Broad outlook: I rebounding ahead of the Fed. However, this may not last and markets may become increasingly cautious approaching the crucial meeting later.

Forex: USD is giving back gains some of its gains this morning. The EUR and AUD are outperformers.

Commodities: The outlook for precious metals has turned more corrective in recent sessions. Oil is having another look at the support from the trend channel again.

Indices: Markets are struggling to form a recovery.