The negative market sentiment that re-emerged once more over the weekend has continued into the early part of the week. Indices are being dragged lower along with commodities. The USD strength has pulled EUR/USD to within a whisker of parity. 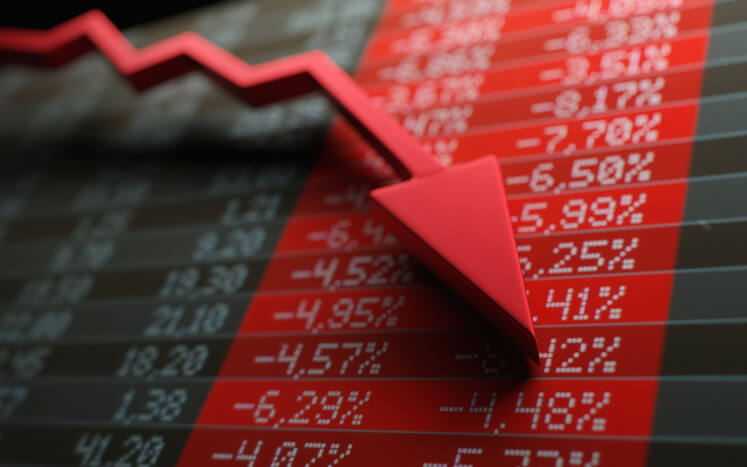 The negative sentiment that gathered pace once more over the weekend continues to weigh on risk appetite. Sentiment on major markets is once again moving with a negative bias as markets consider the implications of further lockdowns in China and the restriction of gas flows from Russia into Europe. With risk appetite soured, we see higher risk assets such as indices and commodities falling. We also see the strengthening of the US dollar (USD). These moves gathered pace yesterday and continue this morning.

The big news for today’s session could be that this may well be the day that EUR/USD hits parity. The combination of European recession fears hampering the ability of the European Central Bank to hike rates to any significant degree has weighed on the EUR. Coming at a time when the USD has been in favour, we find EUR/USD trading at near 20-year lows. The reaction to hitting parity could be crucial. Will this massively psychological level be a big inflexion point and induce a rally (technical momentum indicators are oversold)? Or will a breach of parity open the floodgates to further downside?

After a quiet day yesterday, it is still fairly subdued today too on the economic calendar. The German ZEW Economic Sentiment gauge for July will be the main focus. The broad sentiment gauge is expected to deteriorate sharply in July, undoing two months of slight improvements. This is expected to be driven by deteriorating current conditions.

Treasury yields fell yesterday and continue to fall today: Treasuries are seen as a safe haven asset and buying bonds pull yields lower. The US 10-year yield fell -10bps yesterday and is another -8bps today. The spread between the 2s and 10s remains negative (inverted) at -10bps (-0.10%)

Fed speakers remain hawkish: The consistent line of hawkish speakers has been a big reason behind the USD strength. Bullard (2022 voter, extremely hawkish) is pushing for a +75bps hike in July and plays down the concept of recession. Bostic (not a voter until 2024, hawkish) is also looking for +75bps as he wants to get inflation under control.

China’s zero COVID strategy continues: The strategy is flexed once more as an entire city (Wugang in the Henan province) will be in lockdown for 3 days due to the emergence of just 1 COVID case.

Cryptocurrencies falling as risk appetite deteriorates: Bitcoin fell hard yesterday and is down another -3% this morning. The price has fallen decisively below $20,000 and is down -10% from Friday’s close.

Central Bankers speak from the Fed and BoE: The are a couple of speakers today, the FOMC’s Barkin (voter in 2024, hawk) speaks at 1730BST. The Bank of England Governor Bailey also speaks at 1800BST.

Forex: The USD is outperforming again, especially against EUR and GBP. Commodities: Precious metals falling away again whilst oil may be forming a near-term top.

Indices: A rebound has fallen over early this week.