Home / IX Intel / Despite USD gains, we don’t expect a trend in front of FOMC

Despite USD gains, we don’t expect a trend in front of FOMC

Although USD is gaining ground once more, we do not expect this to continue as the FOMC meeting approaches. This will keep major forex pairs in their trading ranges. 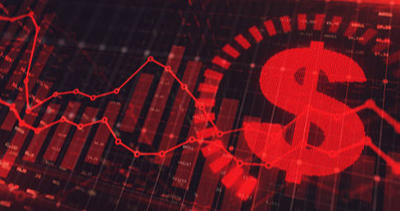 As trading ranges have increasingly become the norm, this is a tough time for traders of major forex pairs. This morning we are seeing a hit to the euro which is helping to drive the Dollar Index higher. However, with a crucial September FOMC meeting less than a week away, we are not anticipating this to become a trending move. As such we expect the prevailing consolidation patterns to hold firm in the coming days.

There is a mild positive bias to USD trading. The Dollar Index has continued to find a basis of support around a near to medium term mid-range pivot at 92.40 in the past week. There is a tick higher today which is eyeing near term resistance at 92.89, but this level has capped upside recently. It would need a decisive close above this resistance to open the key range resistance 92.20/92.70.

We do not believe that USD will sustainably drive through this near term resistance at 92.89. We favour a continued consolidation in front of the Fed meeting.

One of the reasons why we do not expect the USD to break sustainably is that bond yields have been stuck recently. This chart of the US 10 year Treasury yield stuck for the past month between 1.22%/1.38%. Short, medium and long term trends have all been broken in the past two months. This lack of trend is a key reason why major forex pairs are struggling for direction. Notice how bond yields have done nothing since Fed chair Powell’s Jackson Hole speech.

This lack of direction is also shown in the correlation between the USD and “real” bond yields (bond yields minus inflation). In the past month, real yields have ranged and this has seen the USD settle into a phase of consolidation.

Uncertainty ahead of the FOMC

Powell’s Jackson Hole speech was dovish. Anyone looking for decisive action on reducing asset purchases from the Federal Reserve in its September FOMC meeting was left disappointed. The USD positive trending move of June to August has become a consolidation.

Markets are unsure what they will get from the Fed at next week’s meeting, and hence the consolidation. The weaker than expected Nonfarm Payrolls report a couple of weeks ago pushes back any tapering prospects into Q4.

However with several FOMC member speeches in recent weeks taking a hawkish lean, there is an uncertainty of what the FOMC meeting might hold on Wednesday 22nd September. For that reason, it is unlikely that yields will do much in the days leading up to the announcement. Accordingly, USD is also unlikely to hold any decisive gains either.

A sharp move lower on EUR is the key move that is driving US Dollar Index higher today. For over a week, support has been consistently formed around 1.1800 on EUR/USD. However, we have seen this level breached decisively this morning. This 1.1800 has acted as a mid-range pivot in recent weeks as the pair has traded between 1.1665/1.1910 for nearly three months.

There is a sense that near term momentum has shifted negative on the pair, which would be confirmed on a decisive closing breakdown below 1.1800. This level would then be seen as a basis of resistance near term as a negative bias within the range develops. There would be a bias towards testing 1.1735 (initial support) but we would still favour a lack of real direction and the pivot at 1.1800 would still feature.

One key reason why we are not looking for a sustainable downside move on EUR/USD is that other major pairs are still holding around their mid-range pivots:

The only pair that is showing signs of potentially a decisive move is on USD/CHF. A rally is now testing 0.9240/0.9275 key medium term resistance, which is a key overhead barrier. However, if the USD bulls were to achieve a closing breakout, it would likely be a trend defining move. Perhaps this is one to watch if the Fed is more hawkish than expected next week.

Today’s gains on the dollar are unlikely to turn into a trending move ahead of the Fed next week. Ranging patterns are still holding firm and are favoured to continue to do so over the coming days.