Home / IX Intel / Correction on USD will be a chance to buy, but not yet

Correction on USD will be a chance to buy, but not yet

A near-term correction is weighing on USD. However, we see this as a near-term move that will give another chance to buy. 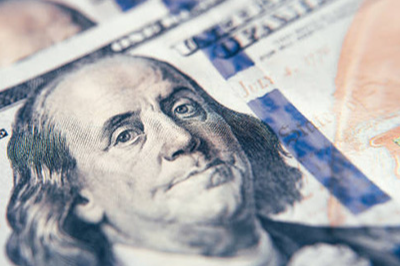 After a big run of gains in recent weeks, the US dollar (USD) has slipped back in recent sessions. We remain medium-term bullish on the USD, but this near-term corrective move could continue. We would be seeing this unwinding move as a chance to buy USD, however, the timing could be key.

USD near term slip back driven by bond markets

Just as the recent sharp run higher on USD was driven by moves on US Treasury yields, the pullback has been the same.

Since then though, yields have pulled back slightly. This has coincided with the US dollar losing some of its strength. The moves on the US 10 year yield have had greater magnitude compared to Japanese JGB yields (a driver of USD/JPY), German Bund (a driver of EUR/USD) and UK Gilt yields (a driver of GBP/USD).

We can see that the drop back in US yields has not been matched elsewhere, something that has helped to pull USD back. However, as the market continues to price for tighter monetary policy from the Federal Reserve over the coming months, we believe that this will help USD to perform well. Other central banks do not seem as well set up for tightening policy, so respective bond yields are unlikely to rise as far.

Dollar Index pulling back near term

A near-term correction is playing out through the Dollar Index (DXY). We see that this could be similar to what we saw in late July and late August where DXY pulled back around 1.5%/2.0% over around 1 to 2 weeks.

If this sort of correction were to be seen again it would pull DXY back towards 93.10. This would be into the old breakout band of support 92.80/93.20. Technically, it would also coincide with the support of the rising four-month uptrend.

EUR/USD and GBP/USD in technical rallies

The correction in the Dollar Index originally came with a drag back on USD/JPY, but more recently, is being driven by the technical rallies on EUR/USD and GBP/USD. These are moves that are still developing and have further potential on a near-term basis.

EUR/USD has picked up from 1.1562 and is now unwinding, with the 1.1665/1.1700 band of old support the first real resistance. There is also the technical barrier of a four-week downtrend falling around 1.1700 currently. We are looking to use this technical rally for another opportunity to sell.

GBP/USD is also rebounding and is currently testing initial the old support of the breakdown at 1.3570/1.3600. However, the RSI has further room to unwind (perhaps towards 45/50) and a move on Cable above 1.3600 would open for a bigger rebound into 1.3730. We would still see this as a chance to sell within the bigger four-month downtrend.

USD/JPY remains tightly linked to the US 10 year yield

We saw previously, the US 10 year yield is rising, however, the Japanese Government Bond yield barely moves. Subsequently, moves on the US 10 year Treasury yield, tend to be mirrored fairly closely by moves on USD/JPY. Whereas EUR/USD and GBP/USD are also impacted by active moves on German Bunds and UK Gilts, this is less of an issue for USD/JPY as JGBs tend to be fairly static. This is one reason why we are still seeing USD corrective against EUR and GBP this morning, despite a rebound on US bond yields.

On a technical basis, there is good support on USD/JPY around 110.60/110.80 and we would be looking for renewed buying pressure around here.

We have seen a near-term correction gathering pace on USD in recent days. This could continue in the coming days. However, there is a crucial Nonfarm Payrolls report on Friday which will have a key say in the direction of US bond yields and subsequently the USD. Any strong payrolls report could see USD regaining strength once more. For now, though, a corrective move on USD is playing out.