The path of commodities has taken a dramatic turn lower. Geopolitics and China are key factors. The near term momentum is pointing lower. 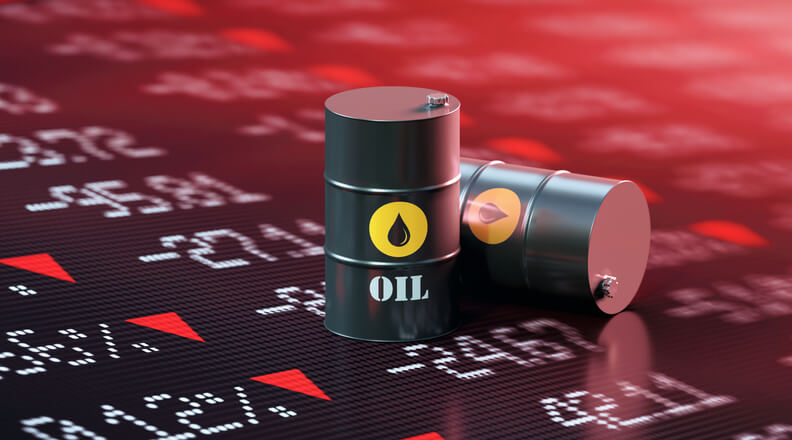 In the immediate days following Russia’s invasion of Ukraine, there was a sharp rise in commodity prices. The sanctions imposed by the West effectively looked to isolate the Russian economy and one of the key ways to do this was to try and stop the purchases of Russian commodities. This caused commodity prices such as oil, palladium and wheat to spike higher. However, prices are now quickly unwinding these moves. We consider the outlook for these corrections.

Talks continue between delegates of Russia and Ukraine. There were signs over the weekend that there was progress being made. There have even been suggestions that there could be a positive outcome within a matter of days. Financial markets have run with this and this is enabling European assets to recover.

The other impact has been seen through commodities prices which have fallen sharply. The prices of oil and palladium have corrected sharply in recent days. However, corrective moves are being seen across the commodities complex.

Whilst we are encouraged by this, the good news may not last. We are extremely cautious over the negotiations. There is still little sign that Russia is willing to pull back on its objectives in Ukraine. It is our understanding that Russian President Putin would want control of the country with a new puppet government in place. The prospect of Russia achieving less than that is unlikely to be something that Putin would accept. It is likely that these talks are being used as a distraction and they give the Russians an excuse to pull out, citing the intransigence of the Ukrainians.

Another factor in bringing commodity prices lower has been the emergence of COVID-19 cases across China. To prevent the spread of the virus, China continues to run a “zero-COVID” strategy. However, this strategy is struggling to contain the latest breakout of Omicron. Cities are facing renewed lockdown and social restrictions.

The prospect of renewed lockdowns in China has played into this reaction on commodity prices. Traders are pricing for a potential cut in demand for commodities once more in the world’s second-largest economy.

China could be emerging from the sidelines

There could be another significant volatility factor bubbling under the surface that could be a key factor for markets in the coming weeks. In recent days it has emerged that Russia is asking China for assistance in the war against Ukraine. For now, China is denying this but the US is already reacting and is warning of “significant consequences” if China were to bail out Russia either economically or militarily.

This is adding to the broad souring of sentiment across major markets today, but for now, nothing especially on commodity prices. However, if China did assist Russia and were to face subsequent sanctions (and reactive counter-sanctions), the impact on the world economy could be enormous in the months, potentially years ahead.

For now, Gold and Silver are moving lower

The near term outlook for Gold (MT5 code: XAUUSD) is corrective. The move below $1958 completed a near term top pattern that implies a retreat towards $1850, whilst the next band of support between $1880/$1915 is the initial test.

With the sharp five-week uptrend broken and the daily RSI turning sharply lower, momentum is building in this correction. However, we see this as a near term move lower and given the broader negative geopolitical outlook, we expect underlying support for gold to develop again. There is now key resistance between $1958/$1974 for near term pullbacks. We are also looking at a similar picture developing on Silver (MT5 code: XAGUSD). A top pattern has completed on a breach of $25.30 which implies a correction towards $23.70. Momentum is also increasingly corrective and intraday rallies are a chance to sell. The next band of support comes in around $23.85/$24.00. The neckline of the top is a basis of resistance around $25.30. We have been looking at oil in recent days, seeing a corrective drift forming at the end of last week. However, that drift has accelerated in the early part of this week. This morning we have seen Brent Crude (MT5 code: UKOUSD) falling below $100.

For now, this is a retreat to the three-month uptrend (c. $98.00) but given the momentum of the move and elevated volatility, the move could continue to accelerate lower. The initial support comes in at $95/$97, but then if that is breached, the price could quickly continue lower towards $90. Resistance lies at the breakdown of the previous key support up at $107.30.