We look at the impact on commodities from recent selling pressure and the potential for support to form. It could though be short-lived with the FOMC meeting tomorrow. 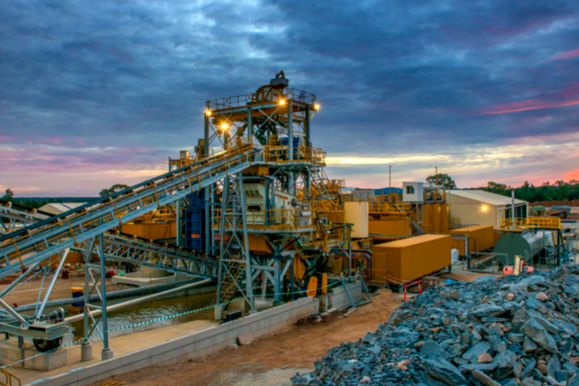 Prices of key commodities have fallen sharply in recent sessions. There are several reasons and coming all together ahead of the FOMC meeting generated a sour cocktail for the bulls to swallow. There are a few tentative signs this morning that the decline may be stabilizing, however, we prefer a more cautious stance in front of the Fed.

The US dollar has been strengthening in recent sessions, with the move acting as a headwind for commodities. The Federal Reserve is edging towards starting to remove its emergency loose monetary policy conditions and we are likely to get more clues on this at the FOMC meeting on Wednesday. A strong retail environment played into a bid for USD last week, but since then, the dollar’s safe-haven credentials have also played a role.

Risk appetite has dived the emerging news that China’s largest property developer could collapse under an enormous $304bn debt pile. That is a significant problem for China as there is a serious contagion risk of sizeable losses for bondholders. Additionally, the construction of enormous housing developments will then be at risk. This creates significant questions over the sustainability of demand for hard commodities, especially base metals such as copper and iron ore.

A near term negative impact on commodities

With this risk aversion and USD strengthening, the prices of higher-risk commodities have suffered. In the past three completed sessions we have seen:

We have even seen Gold (MT5 code: XAUUSD) has been falling. We should clarify this though, as the decline in gold came before the Evergrande issue had really blown up. Selling pressure for gold has been predominantly on the strength of the USD.

However, there are now signs that these corrective phases are at least stalling, finding support, and depending upon how markets react around key support levels, potentially recover.

It is interesting to see that support for the higher risk commodities is looking to build. For Copper, this is coming just ahead of a key band of support between $3.97/$4.08. Our assessment of the outlook for Copper is that whilst there is a drag back towards this band of support with a downtrend, technically the market is still fairly neutral over the medium term. This would change if the $3.97 key reaction low were breached on a closing basis.

For Brent Crude Oil, there is still an encouraging outlook within a broad range from support around $65 up towards resistance around $77/$78. A mid-point pivot area of support lies around $70.50/$72.00. Holding above this mid-range support area leaves the market with a mild positive bias. This is also reflected in the Relative Strength Index holding above 50. A near term gauge of support is also around $73.70/$74.00.

The outlook for Silver is far more concerning for the bulls. A breakdown to an 11 month low has been seen in recent days. A sequence of lower highs and lower lows, with old support becoming new resistance has formed. Downtrends, a clutch of falling moving averages confirm the negative outlook, along with confirmation of bearish configuration on the Relative Strength Index momentum indicator (persistently below the 50 line).

Tentative support has formed for Silver at $22.03 but the old August lows between $22.75/$23.00 are the initial resistance before the more considerable $23.75/$24.00 resistance area. It is difficult to see silver mounting any serious recovery without a dovish surprise from the Fed.

A hawkish Fed would scupper the supports

So with Wednesday’s FOMC meeting in mind, this near-term sense of support could easily be scuppered. We do not expect the formal announcement of tapering asset purchases yet, however, any hawkish lean from the FOMC could see USD strengthening once more. This would most likely come through the FOMC dot plots showing a 2022 rate hike being the majority opinion. In this current cautious outlook across markets, this would be risk negative too.

The likely impact of any hawkish lean would be to put commodities under downside pressure once more.

This would also mean dragging Gold lower too. The safe-haven has been building support in the past few sessions between $1742/$1750. However, just like the higher-risk commodities, Gold would be hit by a stronger dollar. Although a mini recovery is threatening this morning, there is considerable resistance now around $1775/$1782 that would need to be overcome for any rebound to be sustainable. The fear would be that a decisive close under $1742 would open a much deeper correction towards $1675/$1700.

After considerable near-term selling pressure, commodities are starting to build tentative support. However, this support is certainly at risk if the FOMC leans hawkish tomorrow.