Wall Street hitting all-time highs ahead of the Fed meeting could give an excuse for some profit-taking. We believe that this would be nothing more than another opportunity to buy. 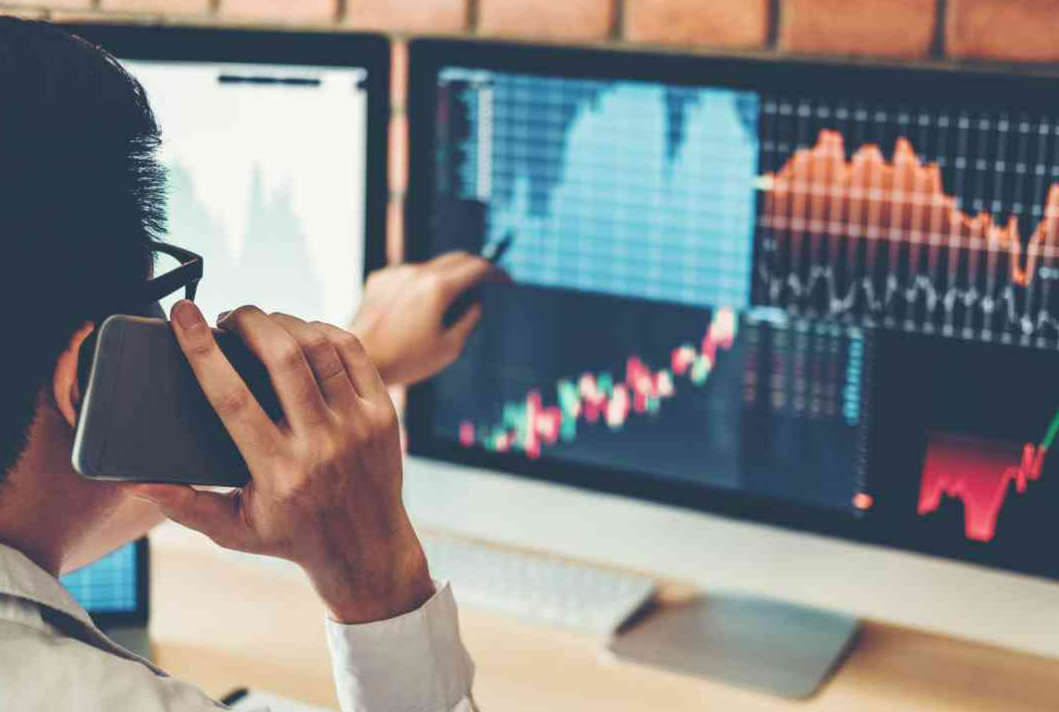 Indices have had a huge run higher since October. With Wall Street hitting new all-time highs, near consistent gains throughout recent weeks may give some investors an excuse to lock in some profits. The FOMC meeting is on Wednesday and if the Fed plays a hawkish bias we may also see a near term shakeout. However, we believe that any weakness would be short-lived as we see further gains in due course.

US earnings season has come at an excellent time for Wall Street. With valuations having been cheapened following the September correction, everything has seemed to come together to help drive Wall Street higher over recent weeks.

Furthermore, companies are beating estimates at a bigger margin, with an average positive earnings surprise of 10.3% above forecast (8.4% is the average).

This is a very strong earnings season and this has given rocket fuel to the Wall Street rally. Since the middle of October (when earnings season kicked into gear), Wall Street has been propelled higher and has spent recent weeks strongly outperforming European markets (which have also performed well). It is interesting to note the strong run of the NASDAQ in that time, from worst performer to the best. Equally, the FTSE 100 went from best to worst. 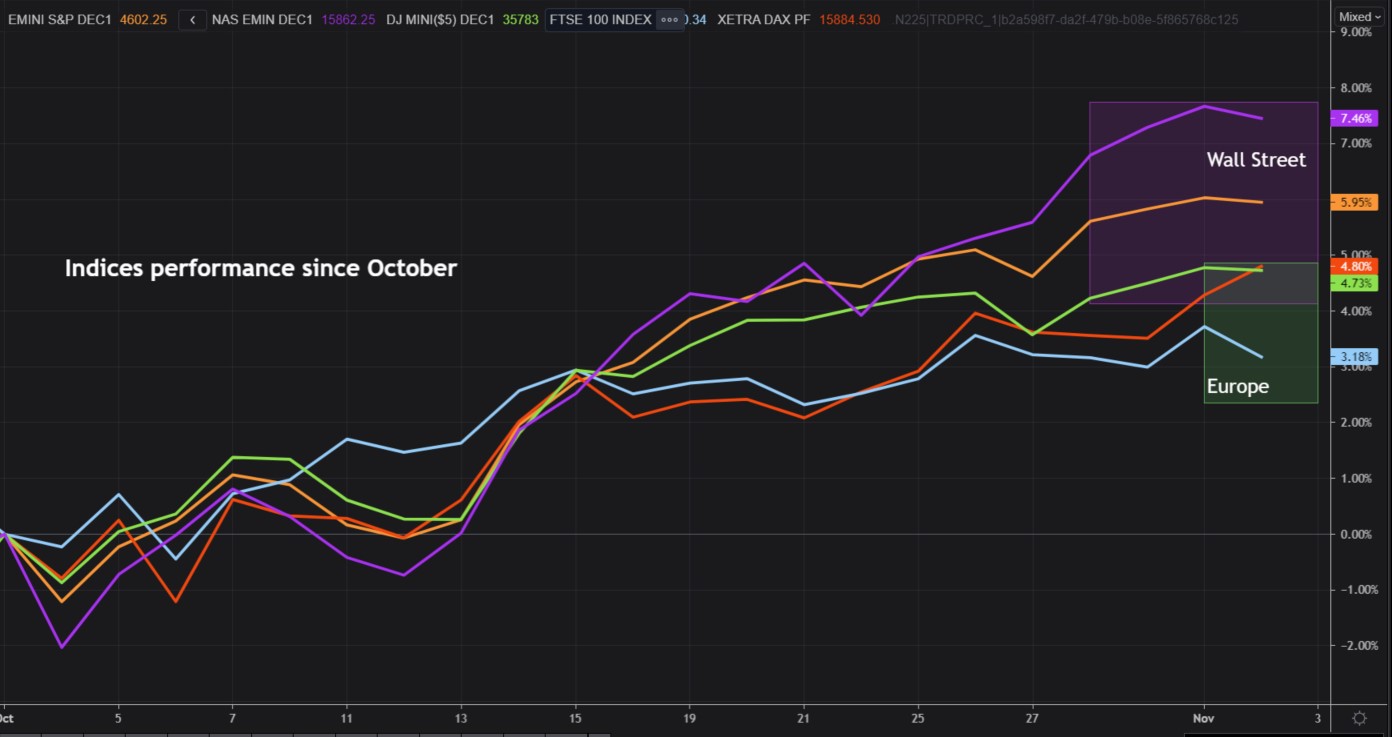 Reaction to the Fed meeting tomorrow needs to be watched. The market is fully prepared for the FOMC to begin the taper. The FOMC minutes of the September meeting very clearly laid out the size of the taper and that it would begin either in mid-November or mid-December (the difference in the timing is minor).

The key factor that equity markets will be interested in tomorrow will be how concerned the Fed is on inflation and whether this will pull forward expectations of the first rate hike. The taper is likely to be finished by mid-2022 and be followed by one or maybe two rate hikes in late 2022.

Any potential sign of concern from the Fed and the need to increase rates sooner (in mid-2022) would be negative for Wall Street, and global indices will also react lower.

We would see weakness as a chance to buy

We are not expecting anything more hawkish from the Fed than the announcement of the taper (as has already been signalled). However, even if there were, we believe that any near term corrective move that might come out of a hawkish surprise from the Fed would be seen as just a blip for indices. Weakness is a chance to buy now, something that the technical analysis backs.

The S&P 500 futures (MT5 code: SP500ft) shows strong momentum with the Relative Strength Index (RSI) around 70. This could give an excuse for some near term profit-taking. However, we see support between 4470/4550 as a “buy zone” that the bulls would be looking for the next higher low. This is an area of old highs from August and September (old resistance is now supportive) and around where the 21 and 55-day moving averages are rising. 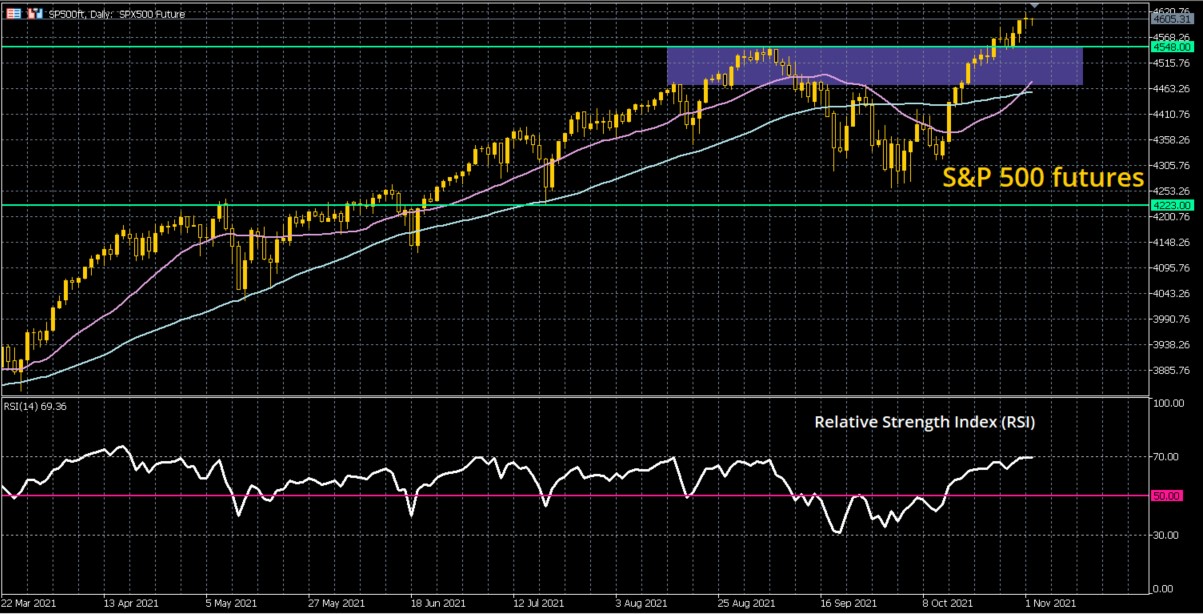 The Dow futures (MT5 code: DJ30ft) also look strongly positioned following a break to all-time highs. The buy zone is between 35,000/35,550 but we would be looking for any correction to be very short-lived before turning back higher once more. This was already shown with the rebound from the reaction low at 35,380 last week. On a medium to longer-term basis, there is an upside projection target of around 37,500 that could be seen over the coming six months. 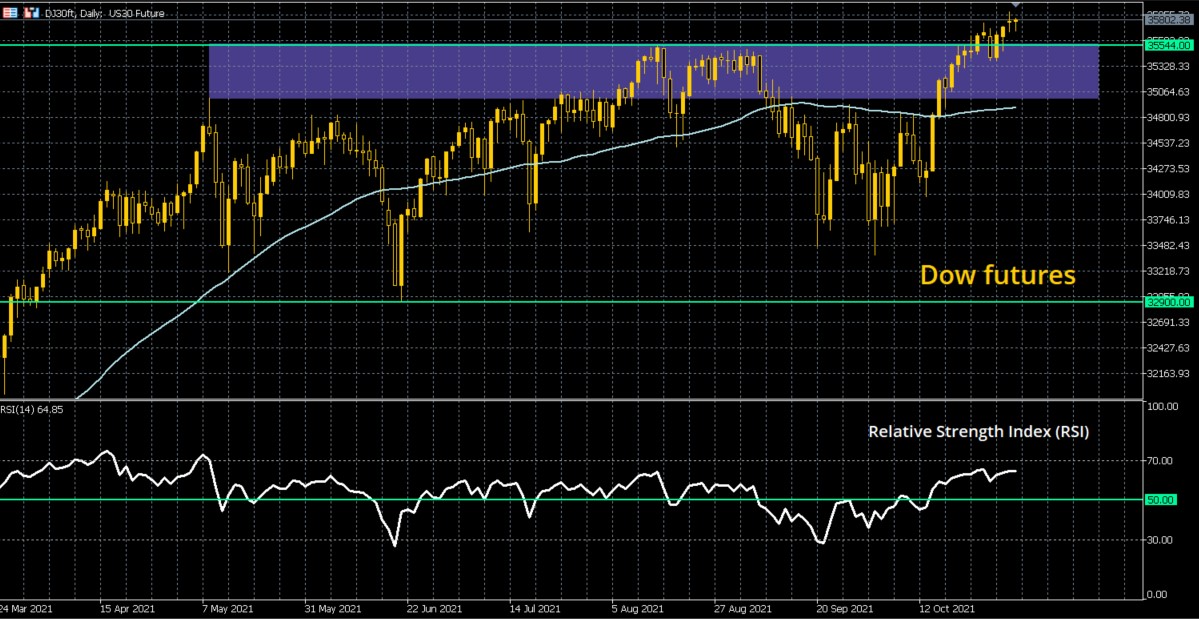 Finally, for the NASDAQ futures (MT5 code: NAS100ft) we see the ongoing strength of the uptrend channel driving the market higher. Momentum is towards overbought near term on the RSI (around 70) but weakness is certainly a chance to buy. There is a mini buy zone between 15,500/15,700 whilst any drop that finds support above 15,270 would still be in a very strong position technically.