A trend of US dollar strength continues, for now

We look into the continued strength of the USD bull run which looks solid for now, but there are some signs that a more cautious approach may be warranted. 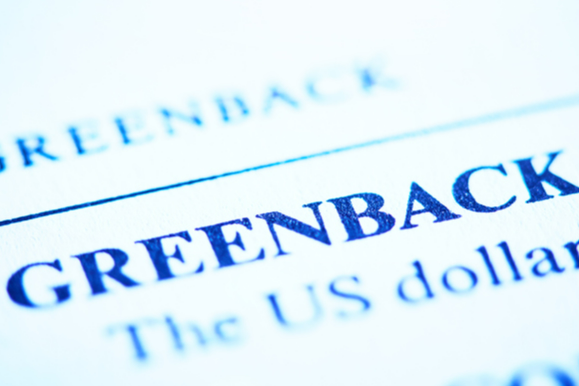 The US dollar (USD) has continued to strengthen in April. The move means that several major forex pairs have made key moves, none more so than the incredible run higher on USD/JPY. Whilst we continue to back this move higher, with any bull trend, there are times to chase and there are times to be more cautious. Whilst some factors reflect the strength of the trend, increasingly too, there are reasons to believe that this bull run is approaching a time for caution once more.

The incredible run higher in US bond yields

US bond yields have soared over the past month. There has been a procession of FOMC members to come out with hawkish statements during that time. There have been calls for rate hikes in +50bps tranches over the coming meetings. The latest FOMC dot plots in mid-March called for a total of six +25bps hikes this year (towards the 1.75% area). However, a swathe of Fed speakers has been calling for potentially a neutral level of interest rates (seen to be c. 2.50%) by the year-end.

That would be around +0.75% higher than thought before the March meeting. The US 2-year Treasury yield (seen as a basis for interest rates) has risen from around 1.90% to top out recently at 2.60%, a rise of c. 0.70%. This would suggest that the market has priced in this current move.

We can also see that a similar situation happened in the wake of the January FOMC meeting. A hawkish move for a couple of weeks after the meeting only for consolidation to take hold.

The USD strength is also being helped as inflation expectations have not kept pace with a rising 10-year Treasury yield. This has caused the “real” bond yield (measured through the US 10-year Breakeven Inflation-Protected Securities) to rise towards -0.10% and close to turning positive. The rising trend of the US 10-year yield has coincided with a strong rally in the US Dollar Index.

Since the long-term rally in the dollar kicked off (back in May 2021) there have been six individual bull run phases. Each bull run tends to add around +3% to +4% to the index, before embarking upon a consolidation phase (or minor correction). The latest run is just 13 days old (they tend to last around 20 days), however, it has added around 3.4% to the index.

We also note that the run is also up to the top of the uptrend channel which characterises the long term bull market.

This would suggest the market remains bullish for the USD, however, there are reasons to now be on the lookout for corrective signals. Profit-taking moves could begin to come in.

Taking a quick analysis of major USD pairs, we see a massively overbought USD versus JPY. However, elsewhere (especially versus EUR and GBP) the USD is still at reasonable levels and looking for another key move.

Starting with USD/JPY, there is a hugely overbought position on the Relative Strength Index momentum indicator. The RSI is at record high levels across several time horizons:

Even today we have seen another huge run higher on the pair. This does have hallmarks of an exhaustion move. However, there is almost no resistance on the pair. The last time it was at these levels was in 2002.

Whilst we can see a big pullback is likely at some stage, timing this move is the hard part. As yet there are no signs of bearish divergence on any of the time horizons of note. All we can say is that we would be sticking close by with any profit triggers.

We are seeing bullish USD moves on EUR/USD and GBP/USD, however, the moves could be seen as a little tentative too.

EUR/USD is breaking below 1.0800 which opens 1.0725 as the next support and 1.0635 (the key February 2020 low). Momentum is negative with the move, but we are watching the recent (and sharpest) downtrend of the past few weeks. If this is broken, then it could suggest a potential kickback rally.

Also with GBP/USD, there seems to be an appetite to support Cable at around 1.3000. For the past couple of weeks, buyers have consistently bought when Cable has dropped below 1.3000. Once more today, Cable is dropping below 1.3000 but the move is indecisive and has again attracted willing buyers. A decisive move below 1.2970 on a closing basis could open the near-term floodgates towards the next support at 1.2850. However, we are also cautious of the lack of downside traction coming with the move. The RSI momentum is not leading the move lower, if anything is positively diverging slightly. This is something to keep an eye on.