As the dust settles on the FOMC meeting we look at the various aspects of the decisions and what they mean for US interest rates, the dollar and risk appetite 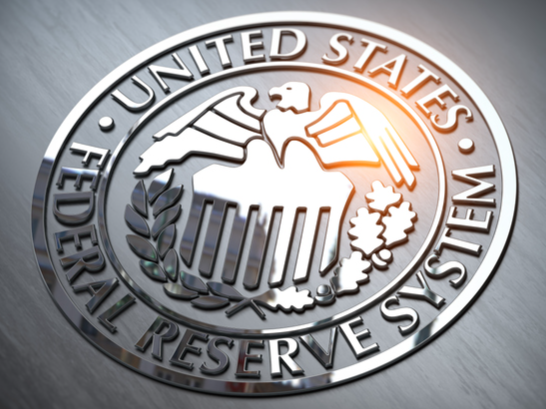 The Federal Reserve is getting ready to begin its monetary policy tightening cycle. However, it is not quite happy to fire the starting gun. Hawkish hints in the statement, dot plots and the press conference of Fed chair Jerome Powell all help to lay out how the path of tightening might look. The move should be USD supportive.

FOMC statement lays the groundwork for the taper, but not yet

There were very few changes in the FOMC statement. Just a nod to the ongoing impact of COVID infections and acknowledgment that inflation remains high.

The big change though came in the wording around asset purchases:

It is also interesting that the committee was unanimous on the decisions taken. Here is the statement in full and the changes noted from the July meeting:

FOMC members’ dots now point to a rate hike in 2022

Probably the biggest takeaway from the text and materials came in the “dot plots”. These plots are meant to be rough guidance of what the committee thinks on where interest rates will be in the coming years. They also come with a significant caveat – they very rarely come true.

Despite this though, traders do pay a lot of attention to the dots. In the last set from June, the first increase in rates was potentially 2023 (where two hikes were projected). The potential first hike has been brought forward to 2022 now, with three more in 2023 and a further three in 2024. A path towards the longer-term (or terminal rate) of 2.50% has been laid out.

We believe that this sounds more hawkish than it is. The path of rate hikes may have been brought forward marginally (it would be late 2022 in any case). This is a slight hawkish lean rather than anything more considerable. The inclusion of the 2024 dots for the first time simply lays a fairly normal tightening cycle (three or four rate rises per year).

However, you might also take from this that as we move to 2023 and 2024 the dispersion of the dots is a lot wider. There is very little consensus on the committee on where rates will be 2 to 3 years out.

We also got updated economic projections this month. The new projections reveal a few things too:

The Federal Reserve chair, Jerome Powell, has been fairly guarded in his statements previously. In the press conference, Powell revealed that the pace of the taper might mean that the reduction may be completed by the middle of 2022.

This would suggest that if a reduction to the $120bn monthly purchases is announced in November with a start in December, it would need to be reduced by -$20bn per month to be exhausted by June 2022. This is at the hawkish end of expectations. As we said previously a taper lasting 6 months would be hawkish, with 9 months neutral, 12 months dovish.

It would conceivably need to be done that quickly to accommodate the prospect of a rate hike probably in Q4 2022.

The implications for the USD should be supportive, but also for now, supportive for risk appetite. Markets now have a good idea of what the Fed’s plans will be, all things remaining equal.

This meeting was a marginal hawkish lean from the Fed and should help to support the USD. This is especially against currencies such as JPY and CHF whose central banks are way off the prospect of tightening monetary policy. It should also mean that pairs such as EUR/USD and GBP/USD struggle for sustainable upside traction.

For now though, with the Fed not tapering yet, the forces of positive risk appetite (helped by the Fed still buying $120bn of emergency asset purchases every month) remain in the market. This will allow equity markets to remain supported.

Positive risk appetite and a trend of USD strength should also mean that gold will be under negative pressure too.

The Federal Reserve has given a hawkish lean in September. The groundwork for tightening monetary policy has been laid. This should help support USD but also, whilst the taper is yet to begin, also support risk appetite.