A hawkish Fed would break ranges on major forex pairs

We look into what a more hawkish Federal Reserve might entail and what the implications this could have for USD and major forex pairs. 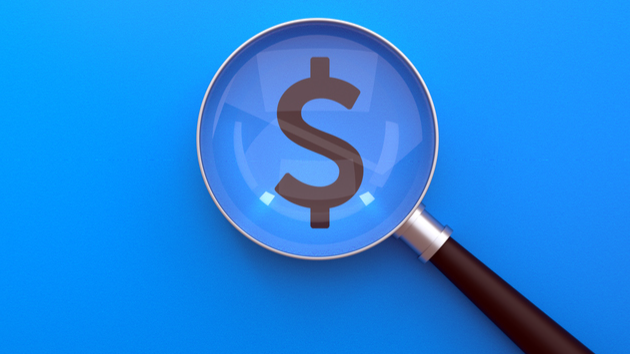 Major forex pairs have been ranging now for at least the past three months. There have been fluctuating fortunes for the US dollar (USD) in that time, but as a crucial FOMC meeting approaches, there is a USD positive bias that is threatening to take hold. If the FOMC makes a hawkish move then this could mean an end to the ranges on major forex pairs.

The timing of the Federal Reserve’s reduction in its $120bn per month asset purchases has been a key quandary for traders in recent months. The uncertainty is one of the sources of why several major forex pairs have been stuck in multi-month ranges.

It is still our expectation (ahead of tonight’s meeting) that the FOMC will formally announce the intention to begin the reduction of asset purchases in December. That is broadly the view held by markets. However, there is a hawkish leaning around this view that could drive major forex pairs in the coming months.

For the September FOMC meeting, this could include a more hawkish balance of opinion on the FOMC dot plots. The first rate hike is currently pencilled in for 2023 (where the median of the dots sit) 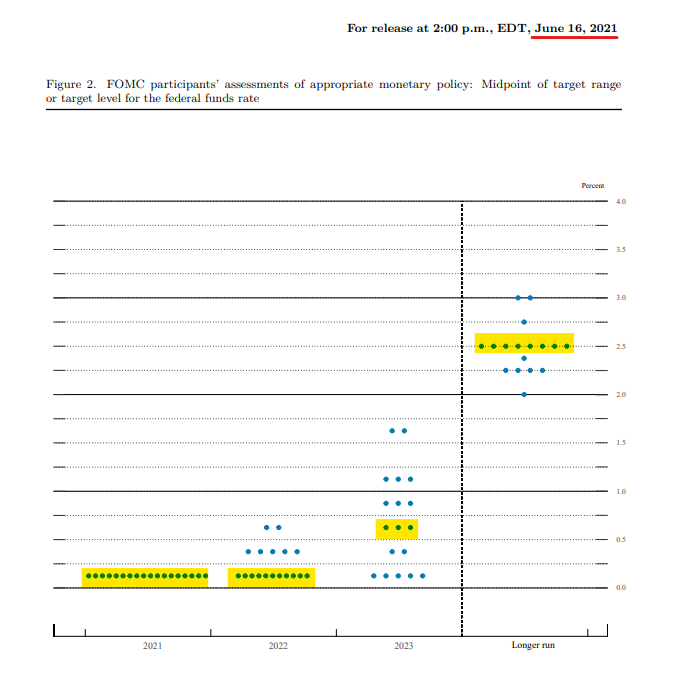 If just three more members move their dots to 2022 then the median would be for a rate hike next year. In June there was a hawkish surprise when the FOCM dots looked for 2 hikes in 2023. This resulted in the USD spiking higher.

So if the Fed does move increasingly hawkish there is likely to be a market reaction. US Treasury yields have been stuck and consolidating for a few months now (one of the reasons why major forex pairs have also been ranging). The US 10 year yield has been stuck under 1.385% despite several attempts. A move into the 1.40s would be likely on a hawkish Fed. A close above 1.422% would confirm that bond yields were finding traction higher. 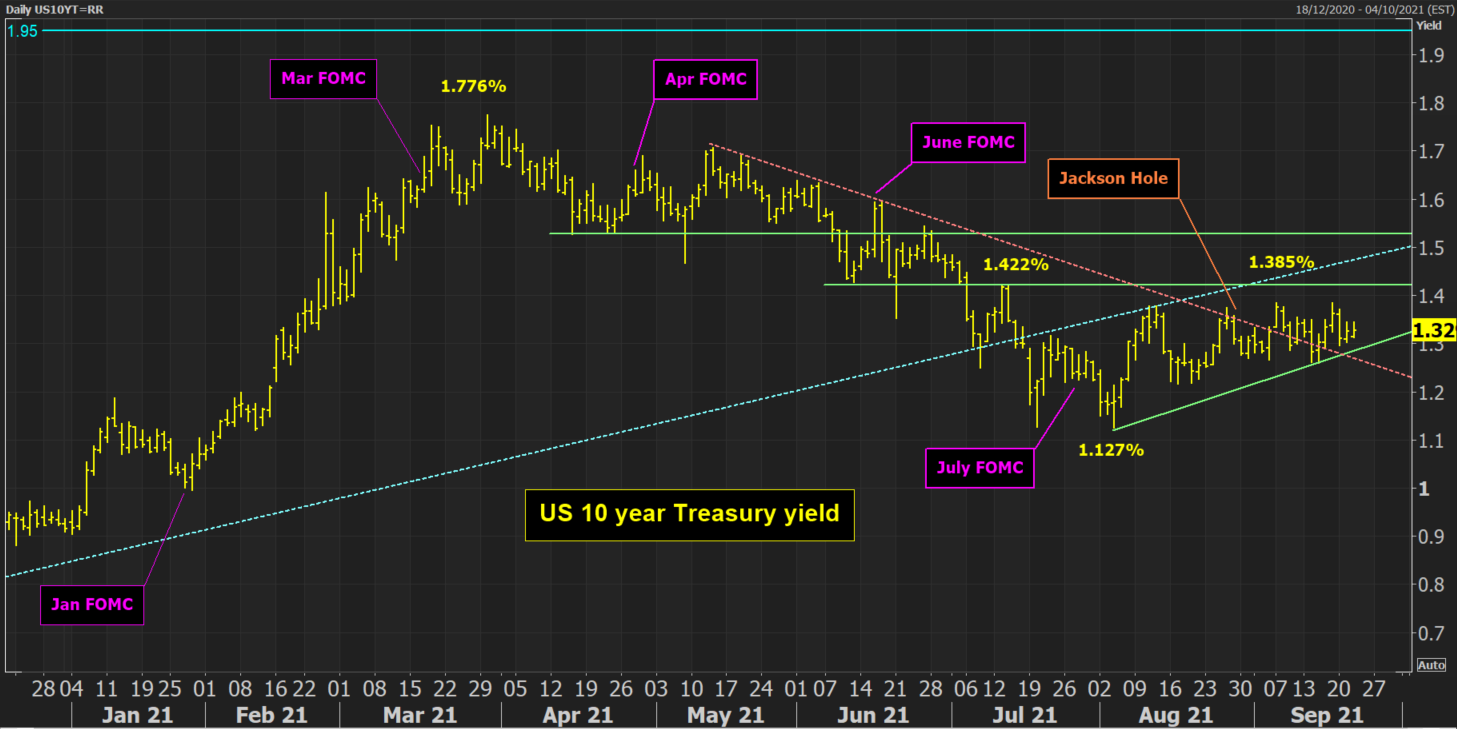 Already we are seeing “real yields” (bond yields minus inflation) moving higher. This is positive for the US dollar. The correlation between real yields and USD is traditionally strongly positive.

A stronger USD would drive the Dollar Index (a measure of how USD performs against a basket of currencies) higher. We would look for Dollar Index to strengthen above the 93.72 August high on a hawkish Fed. 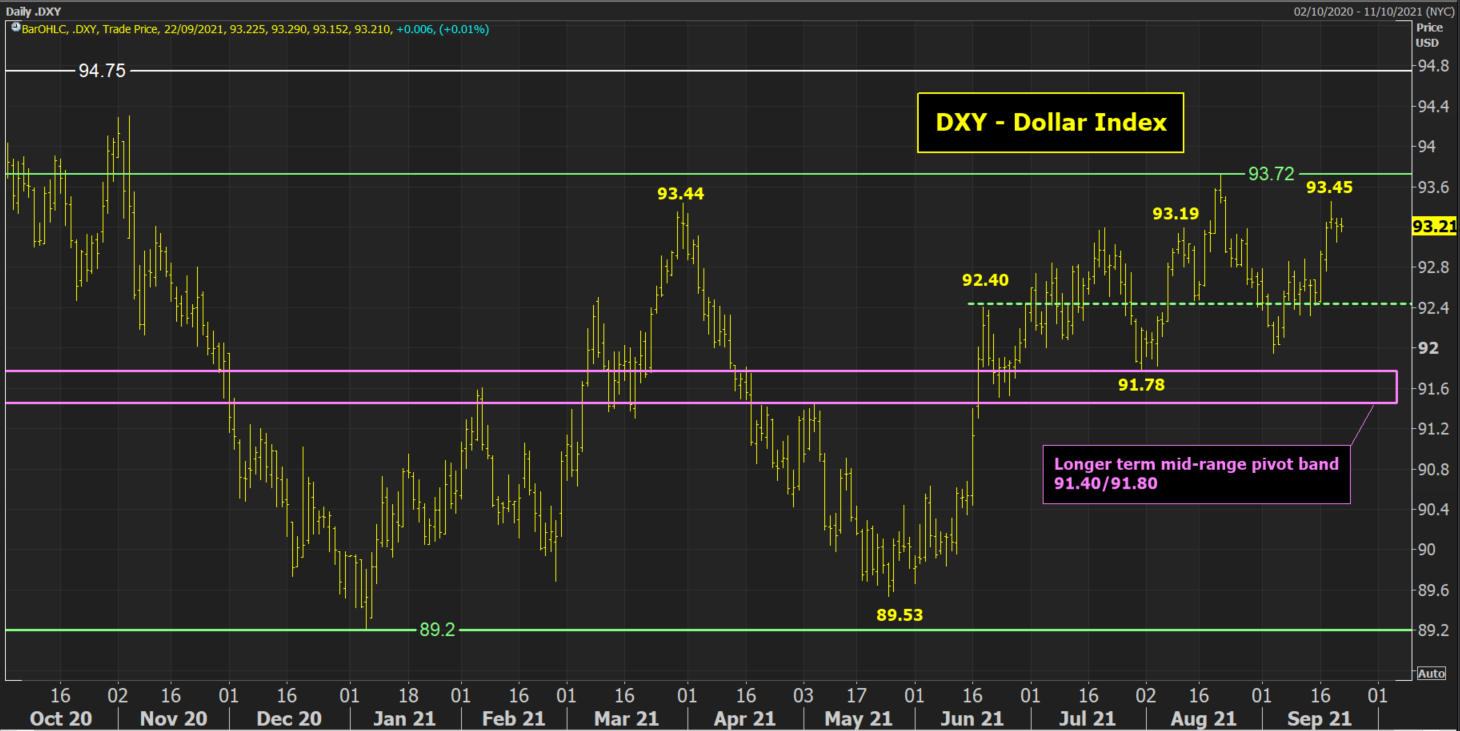 A strengthening USD would have significant implications across major forex pairs. EUR/USD is already trading with a negative bias within its 3 month range. A hawkish Fed would likely see a breakdown below the key August low at 1.1665 and a move to test 1.1600. 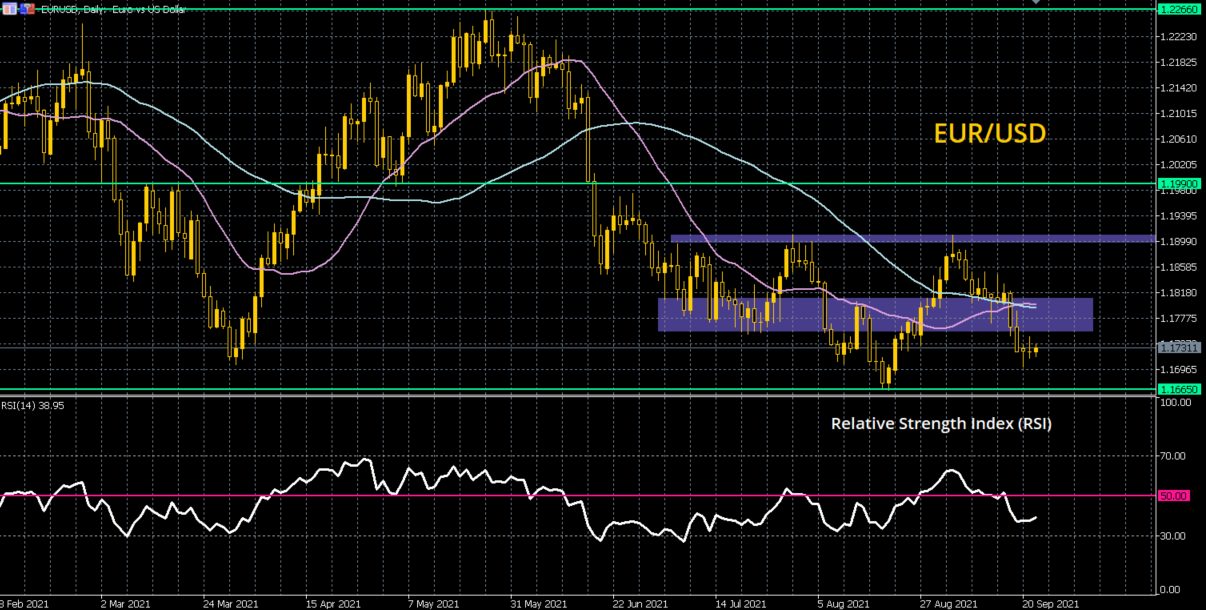 The position is fairly similar for GBP/USD. A negative bias within a three month range. Already there is a move that is approaching the key range low around 1.3600. However, we would expect there to be a decisive break below 1.3600 on a hawkish move from the Fed. This would open a new downside path on Cable towards 1.33/1.35. 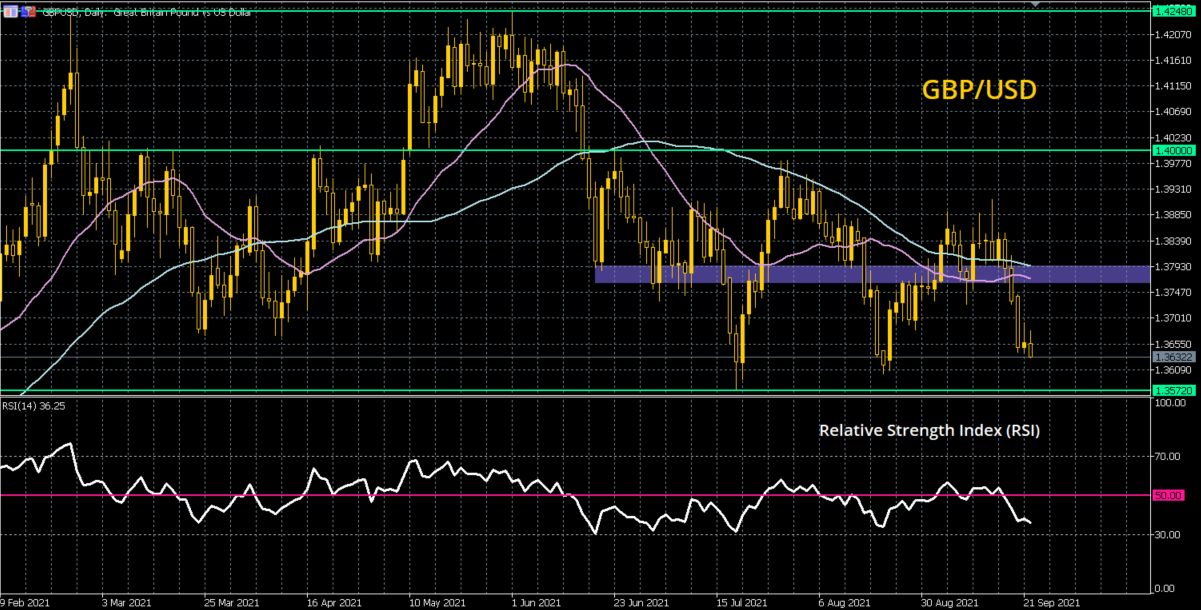 The underperformance of the Aussie has been a feature of recent months, with AUD/USD forming lower highs and lower lows. A retest of 0.7105 would be likely, but further downside towards 0.6990 can be expected on a hawkish Fed. 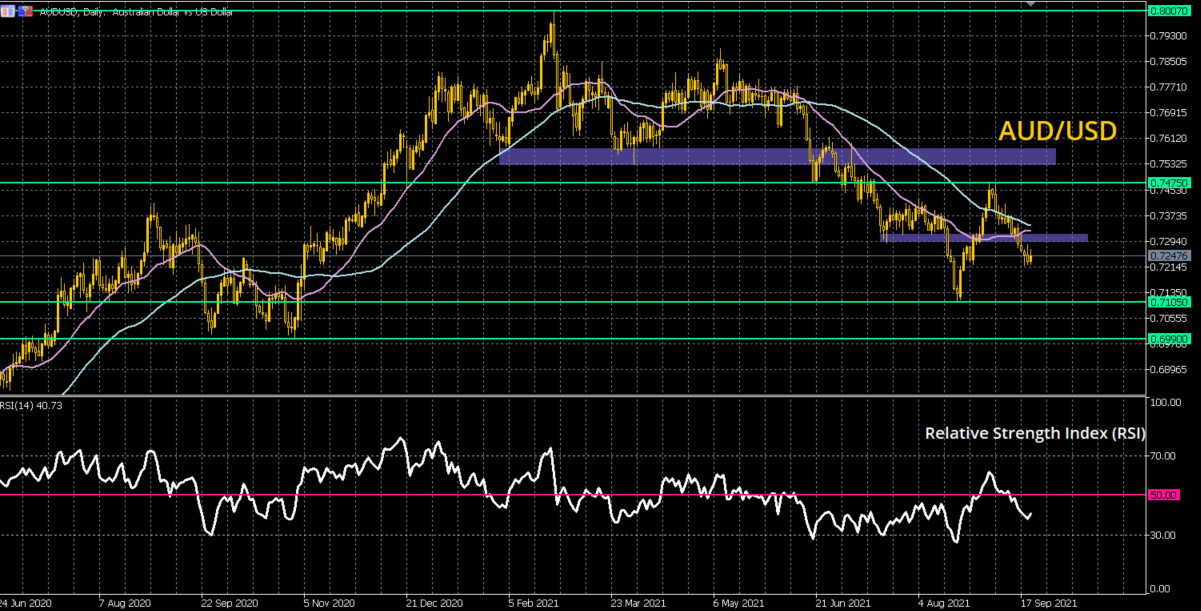 Any hawkish move from the Federal Reserve could set USD on a renewed path of strength. Subsequently, this would drive key downside breaks of recent trading ranges on several major forex pairs.