A crucial inflexion point for the correction in indices

Markets have unwound in recent weeks, some more than others. However, many major indices now sit around key inflexion points which may determine a bigger medium-term outlook.&nbsp; 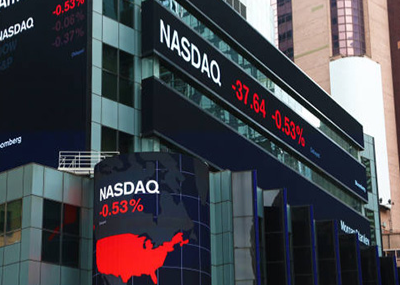 Market sentiment has soured in the past week and equities have suffered a corrective move. This move has been more pronounced for value stocks than it has been for growth stocks. It looks as though this could still be just another opportunity to buy. However, with some markets having retreated to key support levels, this seems to be an important inflexion point in the medium-term outlook for indices.

Growth over Value in the US stock market

The reflation trade is over. The period of value stocks outperforming growth was certainly a story for H1. Now, deep into the third quarter of the year, inflation trends are beginning to peak (at least in the US). Bond yields are struggling for any positive traction and this is the environment where growth stocks perform better than value stocks.

We can see this in the performance of various US indices. In the past three months, the NASDAQ (which is jam-packed with growth and tech stocks) has significantly outperformed.

Languishing at the bottom of this chart is the Russell 1000 Value Index EFT (an ETF tracking the top 1000 value stocks in the US). The Dow (which is predominantly weighted in the old-economy, value stocks) is also struggling for performance. The S&P 500 which is a combination of growth and value, understandably sits somewhere in the middle.

The takeaway from this, if the current market outlook continues, the NASDAQ is the place for outperformance.

NASDAQ is still bullish, with Wall Street at a key inflexion point

The charts show this current corrective move on the NASDAQ 100 futures (MT5 code: NAS100ft) is little more than blowing the froth off the top of the bull run. The correction has barely unwound -2% and is still above the key breakout support band 15,130/15,255. The rising 21 day moving average is a basis of support now (c. 15,425) and the support of the uptrend channel is around 15,250.

However, the NASDAQ is technically the most bullishly configured market. The S&P 500 futures (MT5 code: SP500ft) is a little less positively configured, as the uptrends keep being shallowed as the bull market has gradually slowed over the months. The uptrend is now at six months, however, it is notable that corrective moves consistently use the rising 55 day moving average (c. 4421) as a basis of support. We also see that the Relative Strength Index (RSI) is back around the 45/50 area where the bulls have tended to re-assert themselves. This looks to be a key inflexion point for the S&P 500 bull run.

The Dow Jones Industrial Average is the market that looks increasingly under threat now. The futures (MT5 code: DE30ft) have broken a six month uptrend, and there is a growing risk of a double top formation. A decisive close below 34,490 would be a key concern and would imply a deeper correction back towards the 32,900/33,600 support area.

European markets in a near term negative bias

These moves in US indices are also impacting European markets too. Markets are still within bullish uptrend channels, but there is a corrective negative bias that has taken hold. Therefore, we remain medium-term positive, but there is potential for near term downside.

The German DAX (MT5 code: GER30) has seen a pivot band that had been supportive throughout August now become a basis of resistance around 15,700/15,800. Also, the RSI is struggling to get above 50 with this pivot resistance too. It leaves a slight negative bias that may see the market dragged back towards the bottom of the uptrend channel, which coincides with the key support currently around 15,450.

The scenario is similar to the FTSE 100 (MT5 code: UK100). Near term resistance is forming around 7090 as the market is unwinding back towards the low of the uptrend channel. Aside from a sharp sell-off and instant rebound recovery in July, since May FTSE 100 has consistently found buyers to support intraday moves below 7000. So if the index starts to consistently trade in the 6000s, then this opens for a deeper correction. For now, though, the bulls are hanging on. A close back above 7090 would be signs of encouragement once more.

Major equity markets have corrected in recent sessions, but for several indices, these moves are now back around key inflexion points. How markets react around these key support levels could have a key impact on whether near term corrections turn into deeper medium-term corrections.