A “dovish” hike from a cautious Bank of England

The Bank of England has joined the Fed in hiking interest rates by +25bps. However, this looks to have been a hawkish hike. 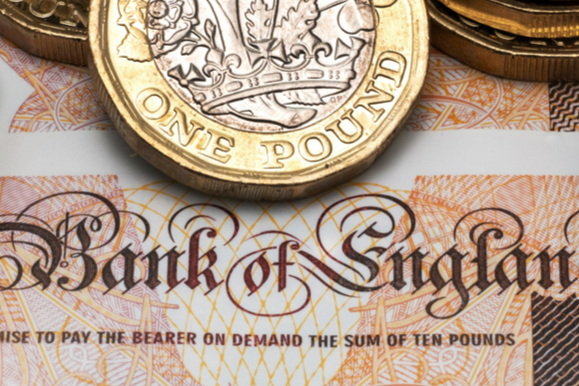 Bank of England hikes but is cautious

The Bank of England has once more voted to increase its base rate by +25 basis points, moving the rate to +0.75%. The increase was expected by consensus. This is the third hike in as many meetings (although the first hike back in December was just +15bps from 0.10% to 0.25%).

However, the vote was not unanimous. One member (Jon Cunliffe) called for rates to be kept on hold. This is therefore seen as a “dovish hike” by the BoE (especially in light of the hawkish hike from the Fed last night).

Rates are being increased to combat inflation levels which continue to climb and could be set to rise significantly in the months ahead.

This would suggest the need for more rate hikes further down the line.

Amid this though, the initial expectations of Q1 growth remain positive. As a result of a stronger than expected rebound in January, GDP is expected to increase by around 0.75% in Q1 (as opposed to flat previously). However, this improvement may be short-lived, given the negative implications of soaring commodities and the uncertainties of the war.

However, as mentioned earlier, the voting numbers reflect what is now a cautious MPC. The vote was 8-1 in favour of a hike with the one member (Deputy Governor Jon Cunliffe) voting to hold rates steady. The war in Ukraine is a factor of uncertainty, whilst the impact on commodity prices (which has yet to fully hit consumers) has been the reason for the dissenter to resist calls to vote for a hike.

When taken in comparison with the voting structure of the last meeting, this is where we see a far more cautious MPC. In February, everyone voted for a hike, with two calling for a +50bps of increase. Nobody called for a 50bps hike this time, and when you add in Cunliffe’s vote to hold, the picture is now far more cautious.

Further rate hikes will come this year, but it would appear to need the end of the war in Ukraine for any more aggressive pace of tightening now. From the minutes of the meeting, the MPC noted: “Some modest further tightening may be appropriate in the coming months.”

GBP has not reacted well to this dovish hike. GBP/USD has fallen sharply by around -80/-90 pips. This has significantly hampered a recovery that was taking hold. A move back under 1.3080 would be very disappointing for Cable bulls now.