The European Central Bank has increased rates by 50 basis points. However, the EUR reaction is coming as staff have “significantly revised up their inflation projections” 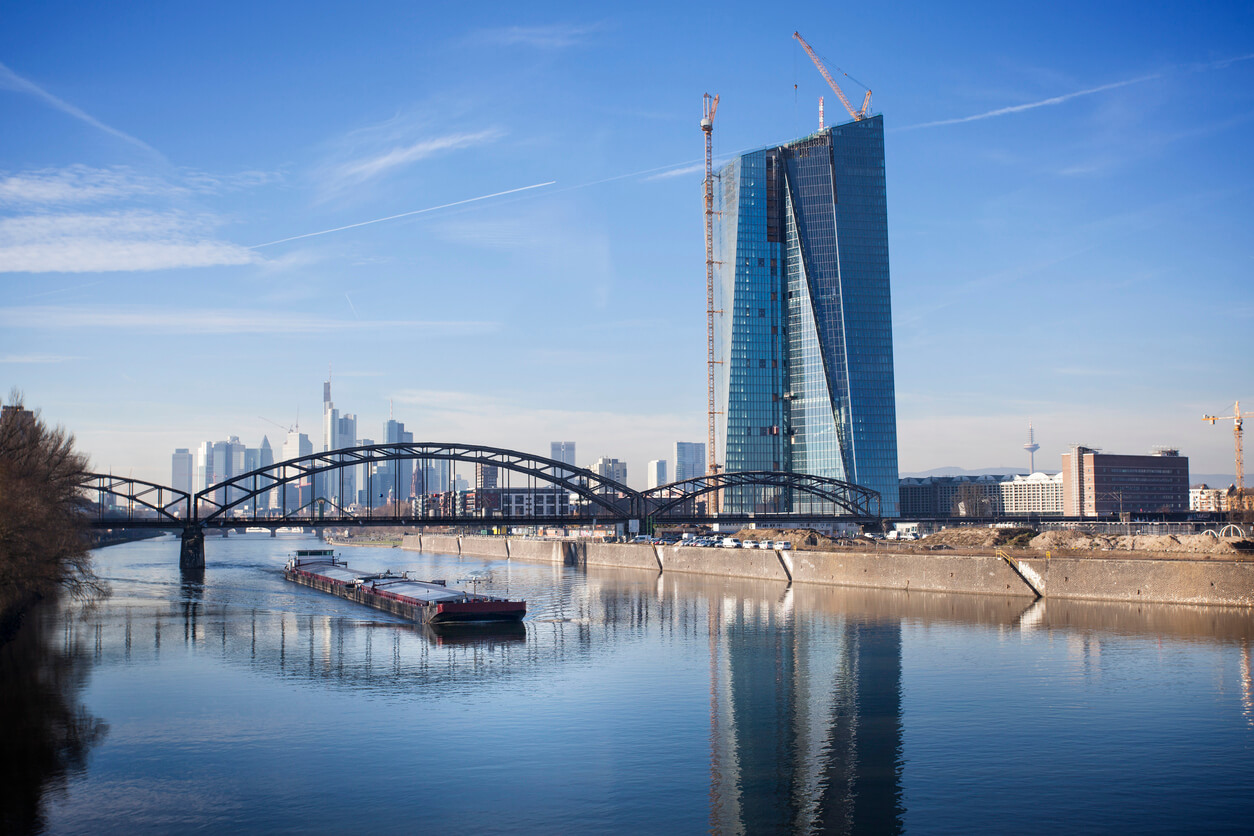 The European Central Bank (ECB) has increased its interest rates by 50 basis points. The move is the fourth major increase to the rates in a row, although is less than the 75bps hike in October. This increase is seen across the interest rates corridor:

“Based on the substantial upward revision on the inflation outlook, we expect to raise them further”

However, there was more action, with an announcement on the start of quantitative tightening (i.e. selling off the bonds on the balance sheet).

This is a slow pace of QT and is broadly as anticipated by the market.

The main reaction is to inflation projections

However, although much has been as expected, markets have reacted to the ECB announcement. The reason is that the staff projections of inflation have been “significantly revised up”.

The inflation projection across the forecast horizon is now above 2% (the figure for 2025 has been projected to be 2.3% on headline HICP and 2.4% on core HICP).

This suggests that at no point in the forecast is inflation expected to be at target. The market is taking this as hawkish as it would mean interest rates remain higher for longer. 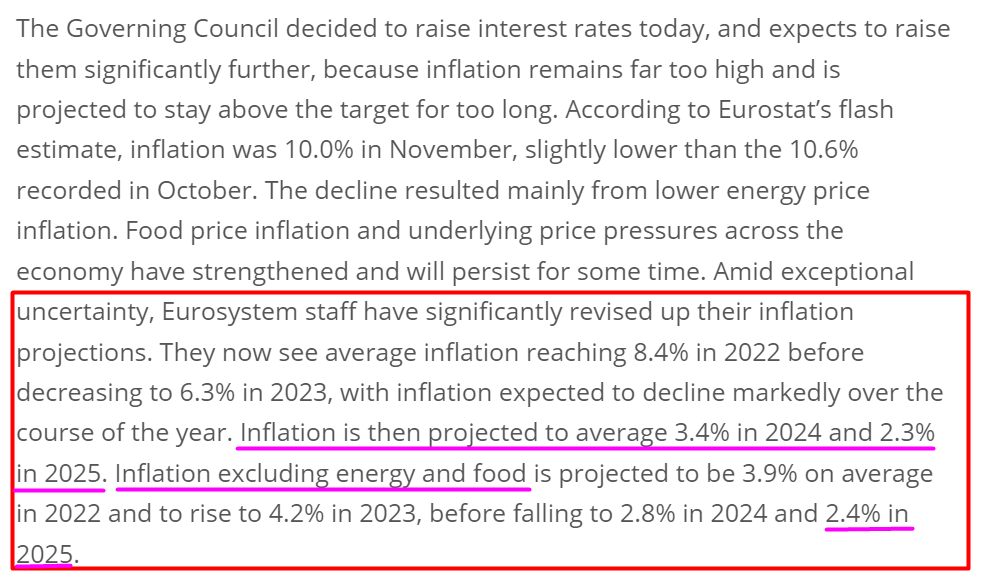 If the ECB wants to continue to fight inflation, it will need to remain hawkish. This seems to be the inference that the market is taking from the policy statement. The key question for anyone bullish on the EUR would be just how hard the economic slowdown (highly likely recession) prevents the ECB from remaining hawkish.

The initial jump in EUR (c. +50 pips) has eased slightly. This is certainly a more hawkish ECB than the Bank of England (also hiked by 50bps but with a less hawkish lean). Subsequently, EUR is outperforming a struggling GBP today. This could be a feature over the coming days.

The EUR has gained versus the USD since the ECB announcement, but there is a positive USD bias across major markets since the FOMC decision last night. This may mean that a EUR rally played against the relatively underperforming GBP might be a better idea. We, therefore, favour a rebound on EUR/GBP. 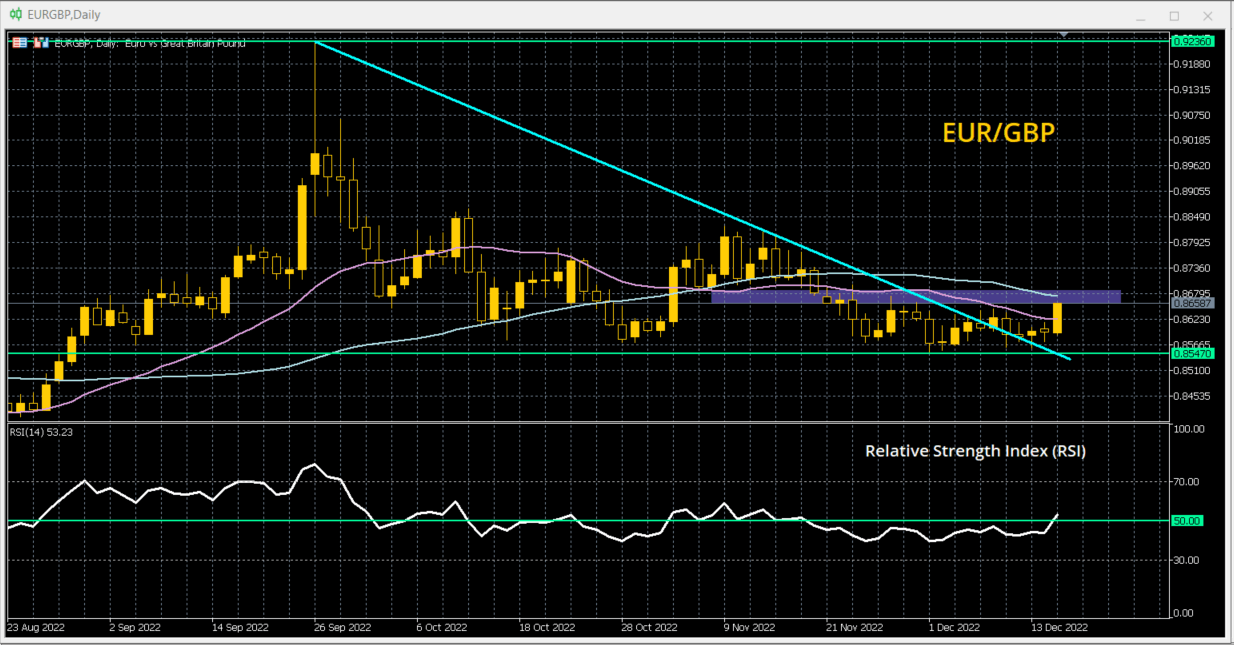